The Reason Dee Snider Wanted To Sing Like Alice Cooper

Dee Snider is considered one the most appreciated metal vocalists of all time, and he achieved mainstream fame after joining Twisted Sister in 1976 and releasing their first album in 1982. The musician is known for his disciplined vocal practices and dedication to his art. As his vocal talents have been widely praised, the musician has often been asked about his greatest inspirations.

Alice Cooper is the name that Snider has probably uttered the most when discussing his greatest sources of inspiration. Although Cooper entered the rock scene only a decade before Snider, it coincided with Dee’s teenage years and thus, set a great example. Dee has described Cooper as ‘surreal’ and his ‘hero,’ and he has had the chance to collaborate with the Godfather of Shock Rock in 1985 for Twisted Sister’s second single, ‘Be Chrool To Your Scuel’ of their fourth album.

The metal duo’s relationship dates back to the ’80s, and there have been several instances where their paths crossed. Although it is known that Alice Cooper highly inspired the future metal vocalist, Dee Snider once named the song that always stuck with him. In fact, Snider admitted that this song helped him shape his vocal style and taught him to reflect his emotions by using his voice. 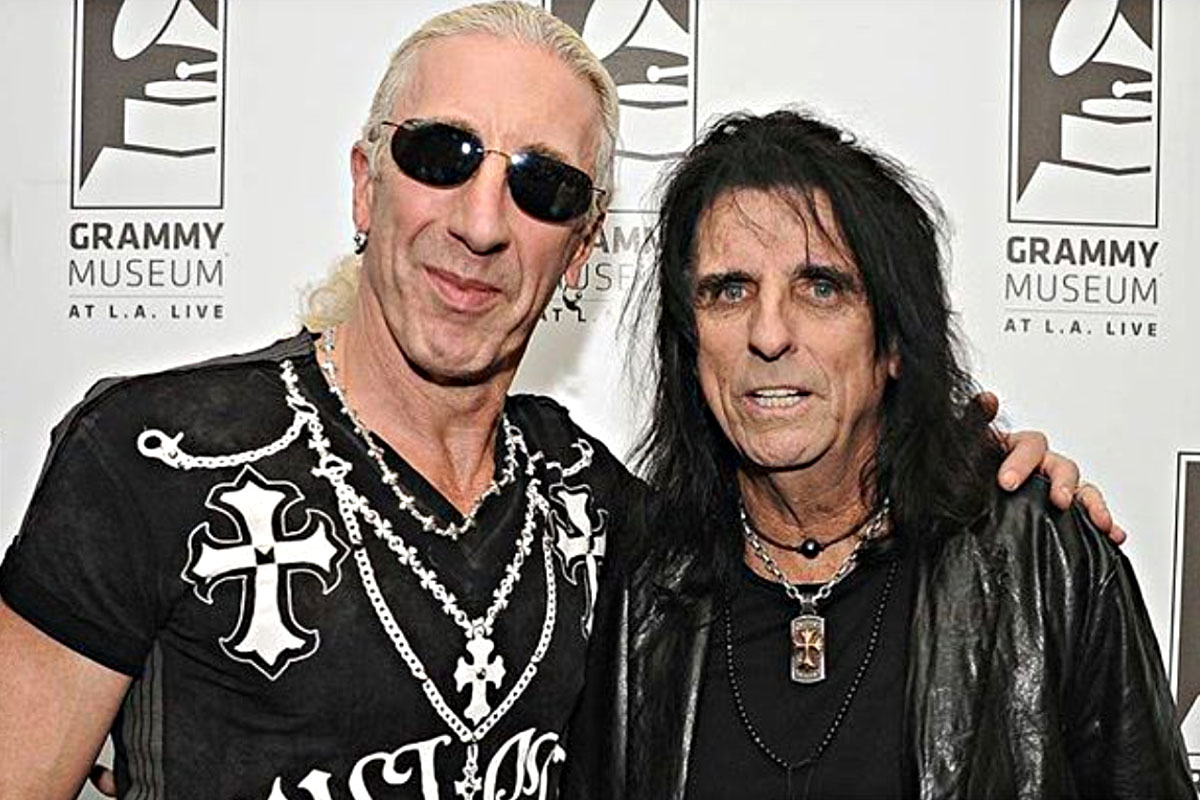 As mentioned above, Dee Snider and Alice Cooper’s relationship dates back to the ’80s, and although some might think that it was a platonic admiration that ultimately led to the collaboration of the two, Cooper reciprocated Snider’s appreciation before that. When Twisted Sister’s popularity had started declining in the mid-’80s, Dee gave several interviews in which he often mentioned his admiration for Cooper. One day, he opened the door to see a dozen black roses, with a note from Alice Cooper thanking him for his kind words and asking to meet.

In another interview, Dee Snider was asked to list the eight songs that changed his life, and he named several iconic acts like the Beatles, Led Zeppelin, Paul Revere & The Raiders, Black Sabbath, and more. It would indeed be an incomplete list without Alice Cooper, and thus, Dee Snider said that ‘I’m Eighteen‘ significantly changed his approach to metal vocals. The song was released as a single from ‘Love It to Death’ in 1970.

That was the year Dee Snider had turned 16 and was at the prime of his teenage years; as Cooper says, he was about to have a ‘Baby’s brain and an old man’s heart.’ Snider noted that this song captivated him since it directly spoke to him because it was ‘raw and in-your-face.’ The emotions it triggered inside him helped Dee understand that he also needed to capture that aggression in his singing. Thus, Alice Cooper can be credited for assisting Dee Snider in creating his vocal style.

“Alice Cooper were trying to be a psychedelic rock band, but they were terrible at it, and they ended up creating something much more unique. I’m a teenager, trying to find myself, and here’s Alice screaming, ‘I’m a boy and I’m a man’ and ‘I’m 18, and I don’t know what I want’ and he’s speaking directly to me.

He wasn’t being poetic or philosophical, he was raw and in-your-face, and I got it instantly. A significant part of my own vocal style came from hearing Alice and trying to capture that aggression.”

You can have a listen to ‘I’m Eighteen’ below.