Back in 1964, the rock scene witnessed the formation of a legendary band named Pink Floyd. The band quickly climbed the ladder of fame as one of the first British psychedelic music acts. They became a leading figure of progressive rock with their experimentalist approach, spectacular live shows, and successful musical efforts.

Pink Floyd released several successful albums and hit songs from then on, but Waters and Gilmour had clashing opinions over their contributions to the band. This eventually resulted in Waters’ departure in 1985. Let’s learn more about what they said about each other after Waters’ decision to leave. 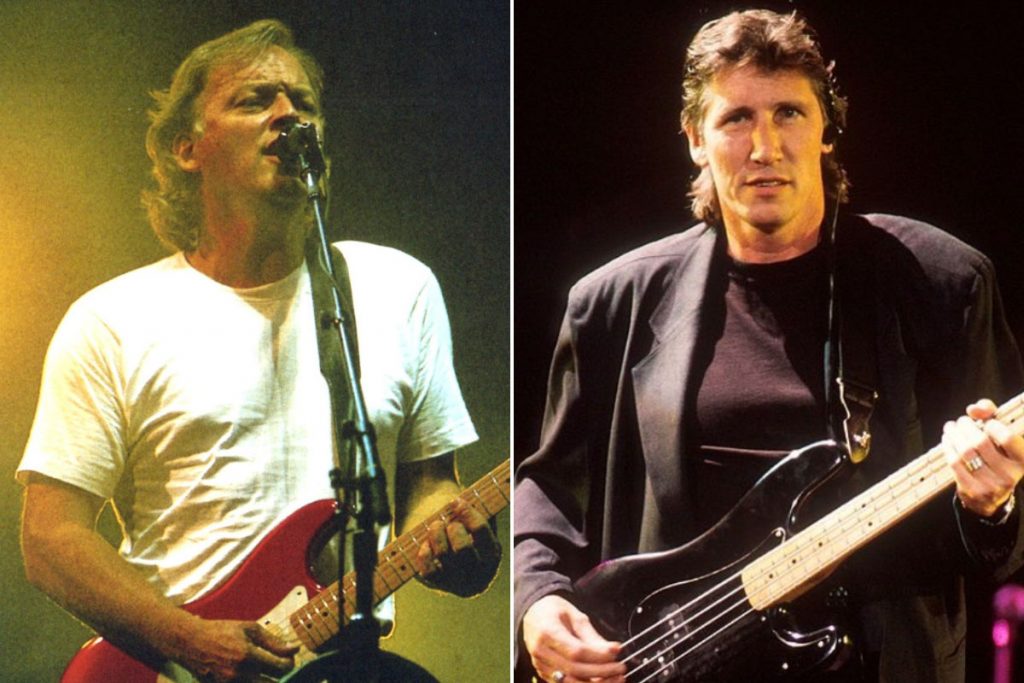 Following Syd Barrett’s departure from Pink Floyd, the band entered a time period that can be named the Waters-led era. During the Waters-led era, which covered the years between 1978 and 1985, he was the person who suggested new projects and wrote the lyrics. Pink Floyd also recorded their classic album ‘The Wall’ during that time.

During the recording period of ‘The Wall,’ the band was dissatisfied with Wright’s contributions to Pink Floyd. Therefore, Wright left the band quietly. In 1982, the band decided to record ‘The Final Cut’ album. However, Waters started to think that Gilmour had contributed little with his songwriting, and they both worked independently. As a result, Gilmour’s name did not appear on the credit list of the album.

It is not surprising that this caused a growing tension between Waters and Gilmour. However, it was not the first instance they had clashing opinions. According to Gilmour, back in 1972, when they were recording ‘The Dark Side Of The Moon,’ Waters consistently argued with him over how the album should sound. After Pink Floyd entered a period under Waters’ leadership, this indeed contributed to Gilmour’s discontent.

In 1987, two years after Waters’ departure, Gilmour talked about those times in a Rolling Stone interview and claimed that Waters forced his way to be the central figure. He then revealed that the band members thought that Waters should be open to others’ ideas to create better records. As Gilmour said, Waters led the band because he forcefully took that position as he had the energy to fight for it.

David Gilmour told Rolling Stone back in 1987 that:

“He forced his way to become that central figure. That’s what he really wanted, to be that central figure. I felt, and I’m sure Nick did too, that it was not the best thing to happen. As productive as we were, we could have been making better records if Roger had been willing to back off a little bit, to be more open to other people’s input. It wasn’t like we were all sitting there leaning on him to look after us. It was a question of him having forced his way to that position, of him being very tough and having more energy for that sort of fighting.”

In the same interview with Rolling Stone, Roger Waters straightforwardly stated that there was no room for another songwriter but himself. He then made a quite harsh claim about his bandmates, saying that there was no point in them trying to write lyrics. According to Waters, this was because their lyrics would never be as good as his.

Following that, Waters targeted Gilmour by claiming that his lyrics are third-rate, which is what they always will be. He claimed Gilmour would also agree with him after comparing his efforts to Waters’ work. Waters then added that the guitarist is not as good as him in songwriting despite his talents as a guitarist.

Roger Waters told Rolling Stone in the same interview that:

“There wasn’t any room for anyone else to be writing. If there were chord sequences there, I would always use them. There was no point in Gilmour, Mason, or Wright trying to write lyrics. Because they’ll never be as good as mine. Gilmour’s lyrics are very third-rate. They always will be. And in comparison with what I do, I’m sure he’d agree. He’s just not as good. I didn’t play the guitar solos; he didn’t write any lyrics.”

It can be said that the endless feud between Roger Waters and David Gilmour has strong roots as they go way back. In the not too distant past, it turned out that Waters still had things to say about Gilmour when he called him ‘snotty and snippy.’ In other words, the tension between the two will probably always be there.