Did Ozzy Osbourne Actually Bite The Head Of A Live Dove?

Black Sabbath icon Ozzy Osbourne is one of the most iconic musicians in the rock music scene, with a career that spans over five decades. His longevity and success have earned him the title ‘Godfather of Metal,’ a reputation he lives up to with his music, private life, and crazy stories enough for a lifetime.

While there are several reasons why Osbourne is considered a legendary figure in the metal scene, his unpleasant actions, including hurting animals, definitely draw attention to the musician. Although it sounds incredibly wrong, the rocker has killed or abused animals several times, and we’re here today to discover the truth behind one of those instances.

Ozzy Osbourne Has A Reputation For Killing Animals Perhaps the most famous one was when a fan threw an actual bat to the stage, and Ozzy Osbourne thought it was a rubber one which gave him the idea of biting its head off. To the rocker’s surprise, his mouth started to fill with the bat’s blood, which was dead when it was thrown to the stage. What has Osbourne done to ‘cherish’ the incident? He added a headless bat toy to his merchandise.

Another incident happened when he ran out of cocaine one day. The Black Sabbath icon saw a line of ants minding their own business and used his straw to snort the poor animals. Since he’s also fond of alcohol, Osbourne also once replaced his drink with his urine.

His substance addiction got the best of him one time when Osbourne shot and killed 17 of their cats under the influence. The rocker expressed how he regrets his actions towards the innocent animals, but his regret doesn’t seem to stop him from doing something next time.

What happens when Ozzy Osbourne gets bored of drugs? He paints a hotel room with the blood of a dead shark. This time, the musician didn’t directly kill the shark himself, but he for sure used a dead animal for creative purposes. You may think the list is over but think again. 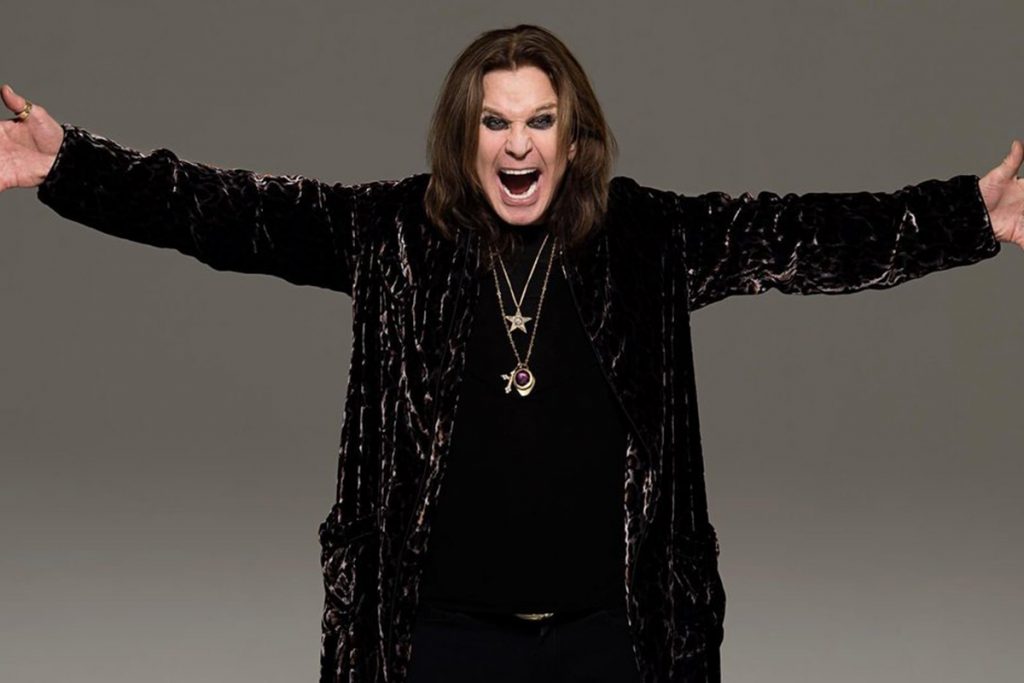 Back in 1981, Ozzy Osbourne attended a meeting of CBS Record executives, and his plan was to end the session by releasing three white doves into the air as a symbol of peace. The plan went horribly wrong when the musician, who was under the influencee again, started getting bored.

The label’s public relations representative got more annoying as Osbourne got more drunk, and there came the point when he wanted to shut her up. Since he knows a thing or two about shocking people, the rocker chomped down on two of the doves’ heads and spit the heads out on the table with blood still dripping from his lips.

Regarding the incident, Osbourne said:

“I just remember this PR woman going on and on at me. In the end, I said, ‘Do you like animals?’ Then I pulled out one of these doves and bit its f*king head off. Just to shut her up.

Then I did it again with the next dove, spitting the head out on the table, and the woman fell on the floor screaming. That’s when they threw me out. They said I’d never work for CBS again.”

Despite its controversy, the head-biting incident helped Ozzy Osbourne’s career and is often credited for significantly contributing to his fame. His manager and wife Sharon turned this incident to Ozzy’s advantage after realizing that bad publicity is still publicity. Although he hasn’t been eating live animals for a while, you can always expect the unexpected from the Prince of Darkness.

Larry Mullen’s Future With U2 Might Be In Jeopardy