Maynard James Keenan is primarily mentioned with his successful music career with Tool, A Perfect Circle, and Puscifer. Throughout his career that spans over 35 years, Keenan has released a total of 17 albums such as ‘Ænima,’ ‘Lateralus,’ and ‘Thirteenth Step.’

Besides his music career, the singer is a reclusive person who doesn’t speak about his private life that often. However, there was one time when Keenan opened up about exuding feminine energy during an interview. In addition to revealing the reason behind his gender-bending looks, the rocker reflected on his femininity as well. Every Maynard James Keenan fan knows by now that the musician has a unique way of expressing himself through his music and art. The singer often creates the most peculiar and impressive music videos to convey his message, and these aren’t the only tools he uses to reflect his opinions.

Stage outfits are another important aspect of the Tool frontman’s artistry. He either shows up with well-thought costumes according to a theme or wears just a couple of pieces, not leaving much to the imagination. There are many iconic looks of MJK, from the soldier outfit to the mohawk punk look that he adopted during several live performances.

His outfits from Tool’s ‘Ænima’ era mainly aimed to bend genders since the musician wore high heels, tank tops with bra in them, and make-up for the shows. He suddenly went from wearing boxers to women’s clothes, and his fans were curious to know the reason behind this transition. 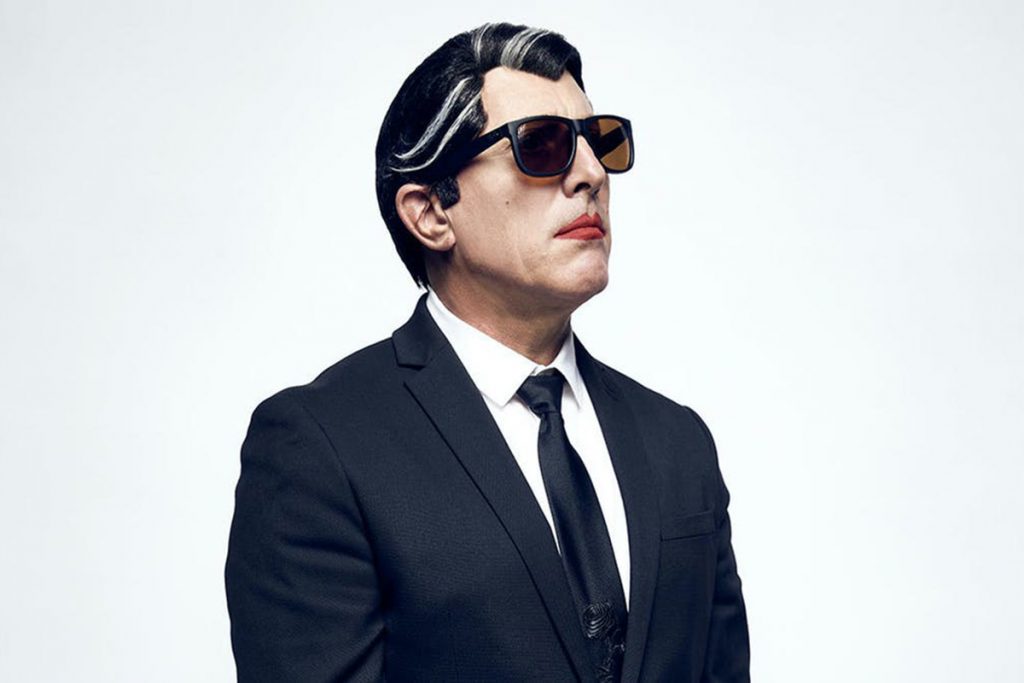 Tool released its second studio album, ‘Ænima,’ in 1996, and it became one of Maynard James Keenan’s most successful albums. It debuted at No. 2 on the Billboard 200 chart upon its initial release and is still regarded one of the greatest metal albums of all time.

Following the release of the record, Keenan focused on reflecting the album’s spirit and title. Therefore, the musician preferred androgynous stage outfits. Since many fans couldn’t understand the purpose behind this, the Tool singer had to explain the idea during an interview.

Back in 1997, Maynard James Keenan opened up about expressing his femininity and how it relates to the title of their album. According to the musician, he tries his best to understand and reflect his femininity, despite being raised as a male. He also stated that he cannot be utterly empathetic because he doesn’t have the same connection to the earth as women.

The reason behind this change was that Keenan was looking for a balance at the time. The balance between femininity and masculinity since the title of their album suggests that every person has both. The singer said he found balance through music since it’s often instinctive, emotional, compassionate, and sometimes unreasonable, which are features of femininity, according to him.

Regarding his feminine energy, Keenan said:

“There can only be as much feminine energy as I can find in myself. Having been raised a male in a male society, I think I’m a long way from being empathetic to feminine points of view. I can be sympathetic, I can try to assimilate it and try to walk in your shoes but I’ll never know. I don’t have my moon every month. I’m not that connected to the earth.

It’s something I’m working toward for balance. I find it in the music because there’s a lot of points of view in the music that tends to be very intuitive, very emotional, very compassionate, and in some cases irrational. I think that’s an important movement.”