After Lynyrd Skynyrd released five albums and one live record during their music career, something quite tragic and unfortunate took place. On October 20, 1977, their chartered airplane crashed, and Van Zant, Steve Gaines, and Cassie Gaines died while the rest of the band was fatally injured.

The tragic accident took place after a performance at the Greenville Memorial Auditorium in South Carolina. Although they safely boarded the plane and planned to land in Baton Rouge, Louisiana, for their next show, the pilots noticed that they were running out of fuel. So, they tried an emergency landing to prevent a crash, but unfortunately, they failed.

A day before the crash, several band members noticed there were huge sparks and flames shooting out of the engine of the plane while flying to the show on October 19, 1977. However, Ronnie Van Zant didn’t take this seriously, and he didn’t even consider getting a new plane so as not to cancel the upcoming dates.

Apart from that, there is also another interesting fact about the crash. According to some fans and conspiracy theorists, the band predicted the crash before it took place with an album cover. Let’s learn which album of Lynyrd Skynyrd created that controversy. 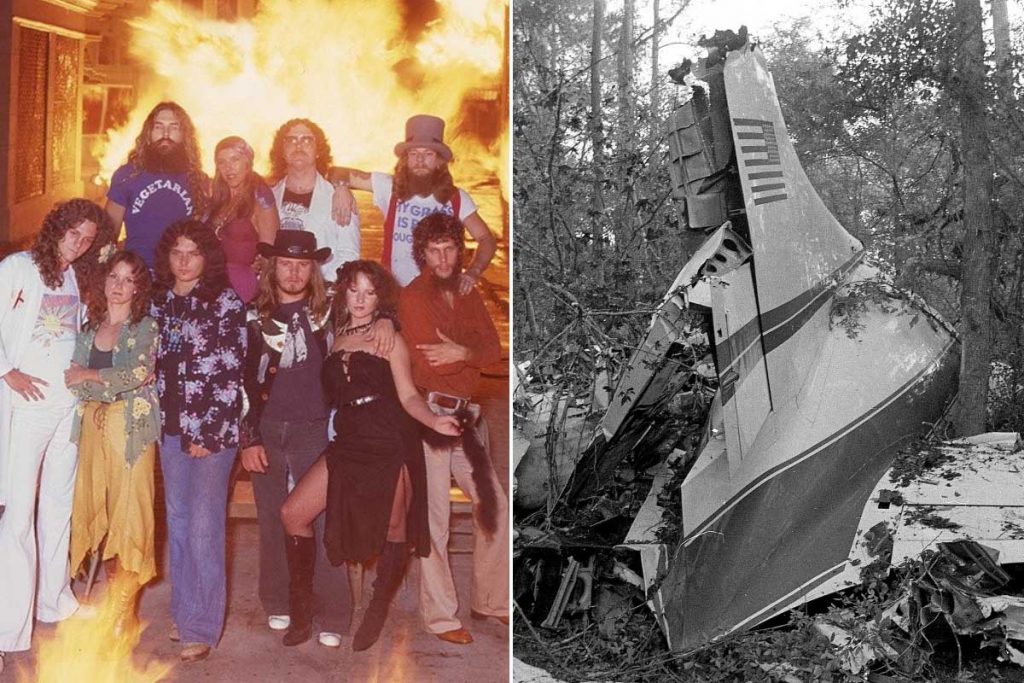 Following the plane crash, the members of Lynyrd Skynyrd were traumatized. Due to this fact, they disbanded soon afterward until reuniting only for a special event, Charlie Daniels’ Volunteer Jam V, in January 1979. During the decade when Lynyrd Skynyrd was on a hiatus, the band members made musical efforts individually. They then continued their career as a band in 1987 with a full-scale tour. However, there was an interesting thing they did three days before the accident.

On October 17, 1977, only three days before the tragic plane crash which took the lives of Van Zant, Steve Gaines, and Cassie Gaines, Lynyrd Skynyrd released their ‘Street Survivors’ album. It became the band’s second platinum album following the crash, which reached No. 5 on the U.S. Album chart. On the other hand, the original cover sleeve for the album featured a photograph of the band members amid flames, standing on a city street.

Considering that the plane crash took place three days after the album’s release, the album cover became quite controversial. According to some fans and conspiracy theorists, this photo foresaw the tragic incident as they claimed only the band members who were touched by the flame were killed in the crash. However, this wasn’t true as the flame appears to touch almost all the band members in the photo.

Out of respect for the deceased band members, MCA Records decided to change the original cover, they withdrew it and replaced it with the album’s back photo in which the band was against a plain black background. Thirty years after the release, however, the band restored the original controversial album cover for ‘Street Survivor’s 30th-anniversary deluxe edition.