Joe Walsh Or Don Henley: Who Is The Richest Member Of The Eagles? See Their Net Worths In 2021

Considered as one of the greatest bands of all time, The Eagles has been still influencing millions of people around the world with their hit songs, such as ‘Hotel California,’ ‘Take It Easy,’ and more, even though they haven’t released any albums for the last 14 years.

The Eagles’ origin has its roots in Linda Ronstadts‘ band who recruited local musicians Don Henley and Glenn Frey. While they were on a tour, Don and Glenn decided to form their own bands and hired Bernie Leadon and Randy Meisner. The Eagles released their self-titled debut album in 1972 which was a breakthrough success, particularly thanks to their singles, ‘Take It Easy‘ and ‘Witchy Woman.’

The band’s second album, ‘Desperado,’ included some of their most popular songs like ‘Tequila Sunrise’ and ‘Desperado’ which were co-written by Henley and Frey. After the release of ‘One of These Nights,’ which was the last record featuring Bernie Leadon, Joe Walsh joined The Eagles replacing Leadon. Together they released the band’s fifth album which included one of the most iconic songs of rock music history, ‘Hotel California.’ Around 1980, The Eagles decided to break up due to personal conflicts between band members.

Almost 13 years later, they reunited and released the tribute album, ‘Common Thread: The Songs of the Eagles’ in 1993. Unfortunately, in 2016, the founding member of the band, Glenn Frey passed away due to complications of rheumatoid arthritis. Following the loss of their bandmate, the Eagles members once again reunited for touring between the years of 2017 and 2019. They also started the ‘Hotel California 2020 Tour‘ which had to be postponed due to the pandemic. Considering all of the countless achievements they had during their career, it wouldn’t be surprising to see that the Eagles icons are doing quite well financially. The founding member and co-lead vocalist of the Eagles, Don Henley has a net worth of $250 million which makes him the richest member of the band.

Around the same time his band Shiloh broke up, Henley’s path crossed with Glenn Frey with whom he played in Linda Ronstadt’s band. The two young musicians later founded their own band with the support of Ronstadt herself. The multitalented musician, contributed to the Eagles both playing drums and guitar as well as singing the vocals on several hit songs of the band, such as ‘Desperado,’ ‘Hotel California,’ ‘The Long Run,’ and more.

Don was also known for his songwriting skills which made him and Gleen being compared to Paul McCartney and John Lennon of The Beatles. When the Eagles disbanded mainly due to internal conflicts, Henley started to pursue his own solo career, during which he released five solo studio records. As a solo artist, Don won two Grammy Awards for Best Male Rock Vocal Performance. 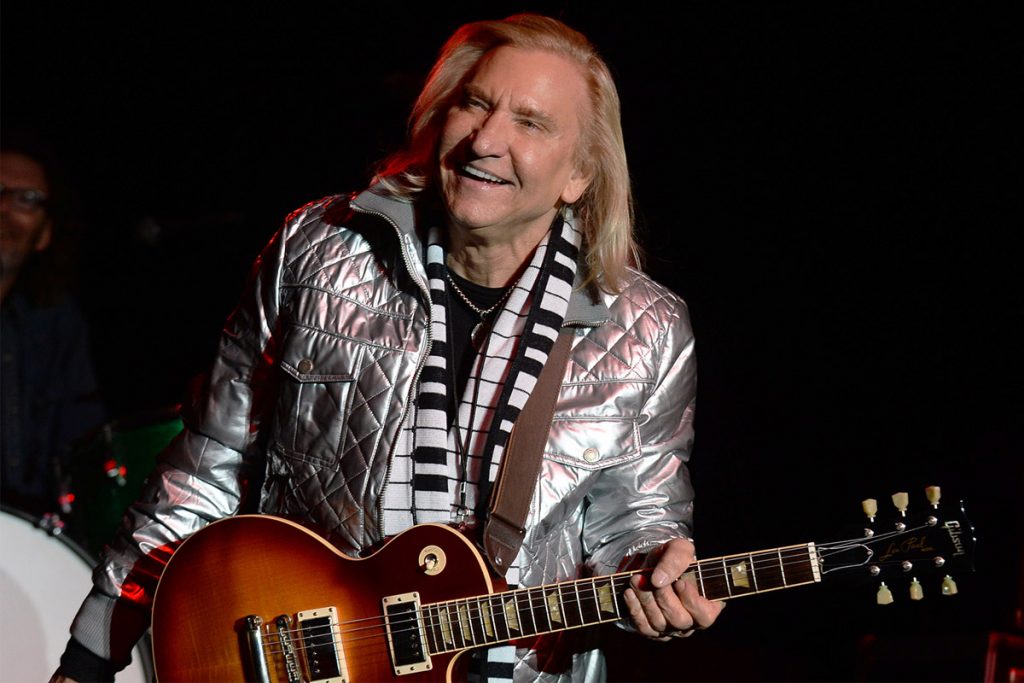 The Eagles guitarist Joe Walsh has a net worth of $75 million which makes him the second-richest surviving member of the band following Don Henley.

Walsh started his music career while he was still a university student by playing a garage band called The Measles which was founded in 1965. A couple of years later, Joe joined James Gang and played a concert opening for Cream. In 1971, Walsh founded a band called Barnstorm, which he later left to replace Bernie Leadon in the Eagles.

Although the rest of the band members had some initial doubts about Joe, he proved his abilities during the recording process of the band’s popular album, ‘Hotel California.’ Along with his contributions to the Eagles’ records, Walch continued his successful solo career. He released 11 solo studio albums and two live albums throughout his career.

The talented musician collaborated with many important names of the industry, including Eric Clapton, BB King, Ringo Starr, Bob Seegar, and more. Five-times Grammy Awards winner Joe Walsh has also appeared in various popular shows, such as The Voice and The Drew Carey Show, as well as his well-known charity concerts, VetsAid.