Jon Bon Jovi gained great fame and commercial success thanks to his remarkable career both as Bon Jovi’s frontman and a solo musician for many years. Jovi was the voice behind countless hits and best-selling records, and he drew attention not only with his unmatchable vocal talent but also with his good looks. The singer has had a very dedicated fan base that has been following him for a long time, and it can be seen as the main factor behind his ever-lasting success.

Jovi had a significant influence on the young generation bands and musicians, and also he always supported them with his kind comments about their works. Even though the musician previously criticized online streaming platforms such as Apple Music and Spotify, especially Steve Jobs, by accusing them of killing the music industry, Jovi admitted that they helped young musicians be independent. 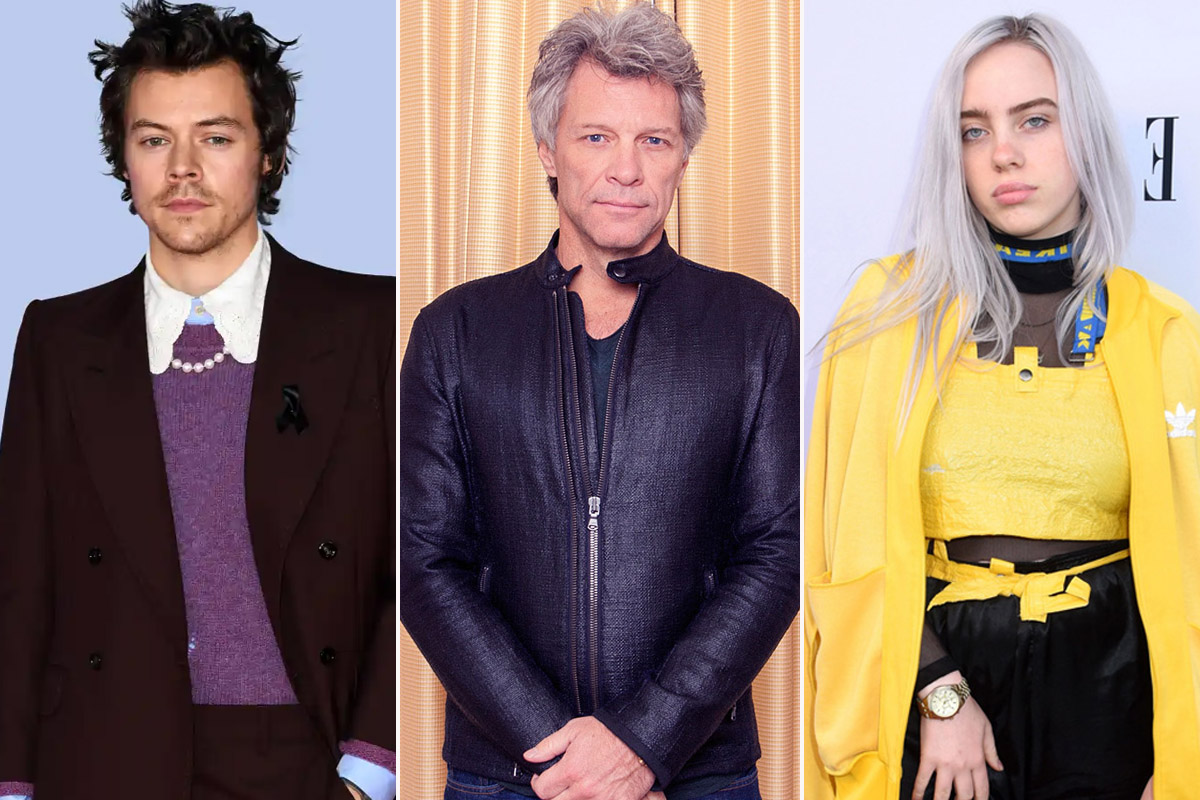 During one of the previous interviews that he participated in, Jon Bon Jovi drew attention to the benefits of the streaming platforms after a fan asked him to share his ideas about contemporary artists. Therefore it seems that the musician’s perspective toward them has changed a lot over the years. He highlighted that today’s musicians didn’t have to produce radio-friendly music to become famous and commercially successful.

Jovi revealed that he found Billie Eilish, who became one of the most paid and successful singers in history after releasing her first album entitled ‘When We All Fall Asleep, Where Do We Go?’ in 2019, as very unique. The second musician he appreciated was Harry Styles, who gained international fame and released hits as a One Direction member and then started pursuing a very solo musical career.

The singer added that he said ‘Amen’ when he listened to Eilish and Styles’ songs with the help of their uniqueness and bold styles. According to Jovi, the most important quality of an artist their originality, and the music industry needs such kinds of these people. Moreover, Jovi didn’t forget to target the musicians that kept releasing ‘cookie-cutter music’ to take place on radios and channels more than the others.

“Who are the artists making music right now that you’re listening to? Which performer of today do you see having staying power that you have had?”

In Jovi’s words, he said:

“I like unique artists and I think that there are plenty of them. Streaming did open up the world to one thing beautiful. We don’t have to be siloed by terrestrial radio where playlists are so small or the way MTV used to be programmed. So when I see somebody as popular as but as unique as Harry Styles or Billie Eilish. Then I go ‘Amen, hallelujah! This is really great.’ I think the world of those kinds of artists who aren’t afraid and they’re not making cookie-cutter music to pop radio.”