Aerosmith members were also among the icons who embraced the sex, drugs, and rock n roll lifestyle since the beginning of their careers and continued to live like that for years. One of the things that made Aerosmith’s crazy adventures so special is actually the fact that they include quite a lot of drugs.

Almost all Aerosmith members were actually very notorious for being drug addicts. But, the band’s lead guitarist, Joe Perry and the band’s lead vocalist, Steven Tyler were so popular that they were called Toxic Twins due to their excessive usage of different drugs during their tours and performances. Toxic Twins had countless high adventures both behind and on the stage and in one of them, a brand new job opportunity emerged for a very specific reason.

Why Did Steven Tyler And Joe Perry Hire A Roadie? 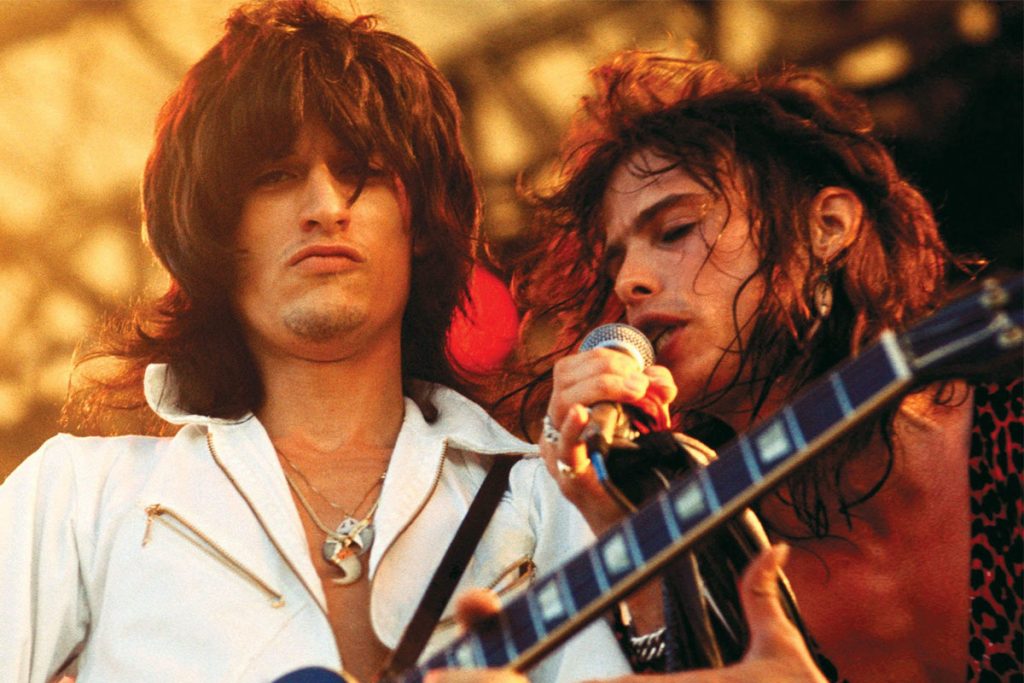 Steven Tyler and Joe Perry, aka Toxic Twins, used a lot of drugs during the band’s tours and legendary stage performances. Tyler opened up about their high adventures mostly during the 70s and the 80s in his autobiographical books entitled ‘Does the Noise in My Head Bother You?: A Rock ‘n’ Roll Memoir.’ He revealed that he actually had a drug stash in the drums to be able to use it during the concerts.

Joe Perry, on the other hand, admitted that he hired a roadie to keep giving them drugs on the stage when the stash was empty. Apparently, during their live performances, when Perry and Tyler needed the drugs, Perry pretended that he was doing some changes in his guitar. At that moment, a specifically hired roadie brought them their drugs and Aerosmith legends continued their performance.

Here’s what Perry told about a famous high adventure:

“Joe Perry had vials of coke with straws in them at the back of the stage, and when the lights would go out he’d go over there like he was checking something or making a guitar change and a roadie would put the straw in his nose; he’d take a hit, then the lights would come on again.”

Here’s what Tyler said about it:

Although many rock and metal musicians have experience in consuming severe amounts of drugs and alcohol, some icons like Tyler and Perry have always been one step ahead of the rest. This story also proves that the Toxic Twins has some unique and crazy adventures together that many people couldn’t even imagine happening.