There are many reasons why the music industry describes Aerosmith lead singer Steven Tyler and lead guitarist Joe Perry as the ‘Toxic Twins.’ Although they are primarily known for their music career, the duo is also famous for their notorious love affairs and excessive drug habits.

Tyler and Perry are like two brothers who fight and then make up but have managed to preserve their relationship despite having disputes over their music from time to time. While their fans love their one-of-a-kind communication that resembles a family, the rockers actually shared the same bed once, and the morning was even more mindblowing. Let’s take a look.

Steven Tyler And Joe Perry Woke Up To A Strange Morning 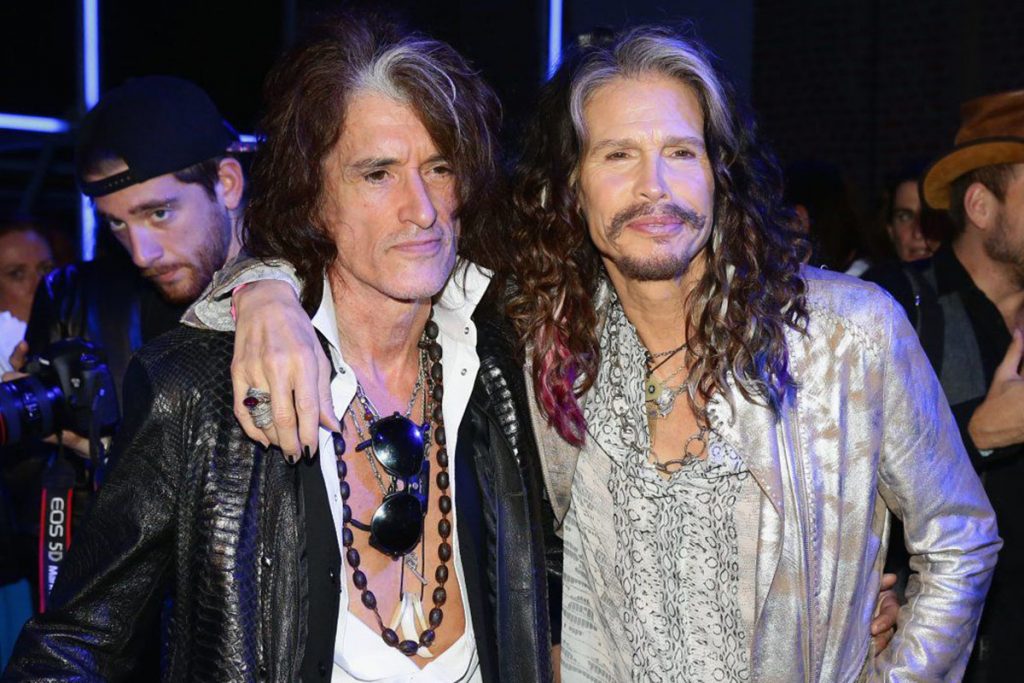 It’s true that fans can expect countless unbelievable stories from Steven Tyler’s 2012 memoir, ‘Does the Noise in My Head Bother You?: A Rock ‘n’ Roll Memoir.’ One of these stories includes his bandmate Joe Perry, and it looks like the musicians shared more than a band back then.

Every Aerosmith fan knows both musicians are comfortable with sharing intimate moments as they were once spotted kissing on stage. What fans didn’t know was revealed by the frontman in his book. According to Tyler, the bandmates once had a foursome while touring.

Although it may not surprise you that the rock stars were comfortable enough to have sex in the same bed, the morning they woke up to was a bit weird. Apparently, their sexual affair had something to do with seafood as they saw crabs everywhere in the bed in the morning.

In his book, Tyler penned:

“I remember one night on the road when Joe and I were sharing a bed with two girls and woke up in the morning with a seafood blue plate special… Crabs for everybody!”

It looks like their reputation wasn’t in vain as both Joe Perry and Steven Tyler truly lived up to a standard that no other rock duo can reach. There’s no doubt that their history as bandmates, which spans over decades, includes endless unbelievable stories, and they love amazing their fans with them.