There’s no doubt that Aerosmith frontman Steven Tyler is often regarded as one of the greatest vocalists in rock and roll history thanks to his wide vocal range as well as being widely known for his high-energy performances and one-of-a-kind fashion style. Unfortunately, these aren’t the only well-known assets of Tyler since he has a notorious story with a groupie named Julia Holcomb that has a tragic ending.

For those of you who may not be familiar with the term ‘groupie,’ it was an incredibly popular slang word that rose to popularity especially in the 1960s and 1970s with the rise of rock and roll. The term refers to a fan of a particular band who basically follows the bandmembers while they are touring and performing, however, it often goes beyond that definition since it is also being used to describe young women who follow rock stars for the purpose of sexual or emotional relationship and have a place in the rock and roll scene.

While there are countless famous groupies such as Lori Maddox, Anita Pallenberg, Pamela Des Barres, and many more, there isn’t a story like Julia Holcomb who had a relationship with Steven Tyler while he was her legal guardian and got pregnant only to be forced to have an abortion afterward by Tyler himself. Let’s break down the tragic story of Julia Holcomb who is now a pro-life advocate with the ‘Silent No More’ awareness campaign, an anti-abortion campaign. 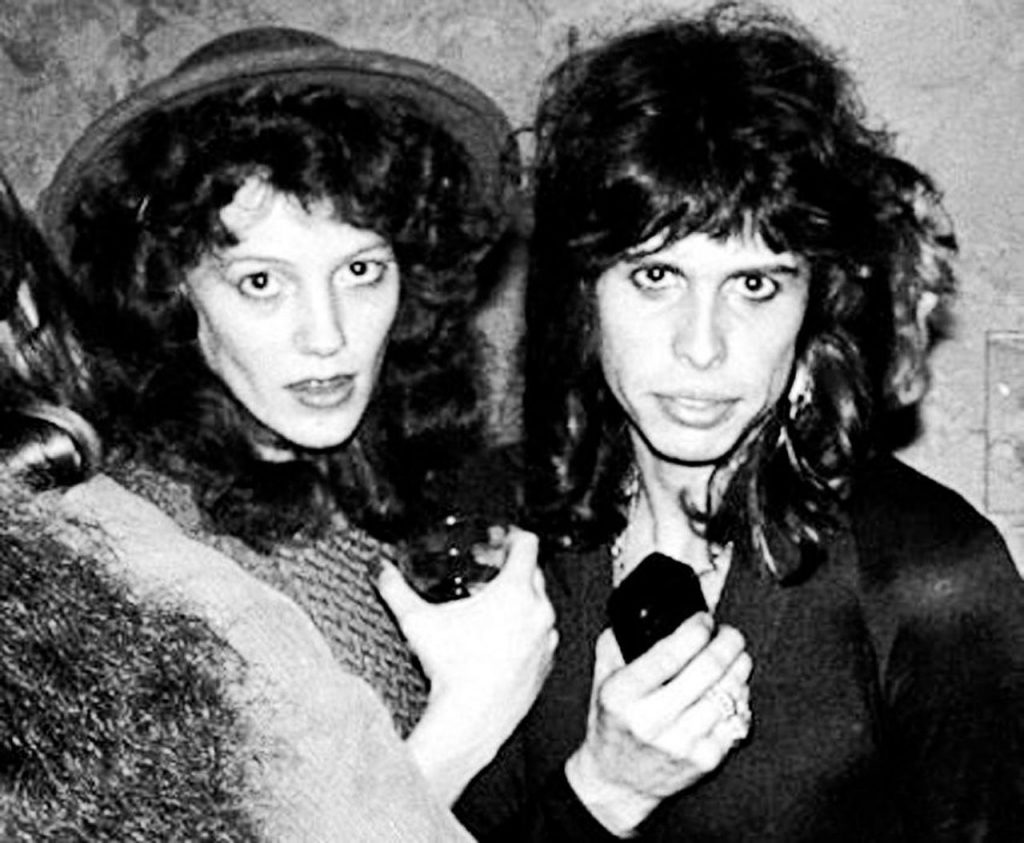 In an article she wrote in 2011 for LifesiteNews, Julia Holcomb revealed every detail about her relationship with Aerosmith frontman Steven Tyler and revealed that it all started when she was only 16 and Steven Tyler was 25 and the two met backstage at a concert in Portland, Oregon in November 1973. Their relationship instantly started when Tyler had a huge interest in Julia and the two went to Boston soon after the concert.

For whatever reason, Steven Tyler then convinced Holcomb’s mother and got her to sign over guardianship to him and from that on, Tyler was officially the 16-year-old’s guardian. While being in a relationship with an underage girl who is officially your stepdaughter isn’t peculiar enough, Aerosmith’s frontman spoke of his desire to have a child within a few months of being in a live-in relationship.

Only after a year, Julia Holcomb got pregnant and felt that there was something wrong with their relationship for the first time and opened up about how she felt betrayed after Tyler said he would not marry her despite impregnating her.

In Julia Holcomb’s word, she said in her article:

“For the first time, I realized that I should not have been foolish enough to conceive a child outside of marriage with a man who might not be interested in a life-long relationship. His guardianship of me complicated things further. I was subordinate to him as in a parent relationship and felt I had little control over my life.”

Their relationship was sinking and collapsing as the two started to fight frequently and while Steven Tyler was on tour Julia Holcomb was trapped in a house fire from which she was rescued by Tyler’s friend who also mentioned the option of abortion to the rock star as well. Tyler, on his friend’s advice, started putting pressure on Holcomb, suggesting that she should undergo an abortion considering the damage she had from the fire on top of the drugs the two have been taking.

Despite standing against this decision, Steven Tyler threatened the young woman with sending her back to her mother’s place to have the baby there which eventually made her accept to have an abortion. By the end of their toxic relationship, Steven Tyler was already cheating on Julia Holcomb with another famous groupie, Bebe Buell with whom he had his daughter, Liv Tyler.