There’s no doubt that rock and roll groupies are frequently as famous as their favorite band members with whom they often have a sexual or emotional relationship that involves some type of drama, heartbreaks, or a fairytale. One of the most famous groupies in the 1960s and 1970s, Pamela Des Barres was an ambitious young girl who had famous relationships with both Rolling Stones frontman Mick Jagger and Led Zeppelin guitarist Jimmy Page along with other rock icons.

Unlike other groupies, Pamela Des Barres’ parents were from Kentucky, lucky for her, her family decided to move to Los Angeles, California where she was born and became a staple figure of the Los Angeles music scene. At a young age, Des Barres fell in love with the fantasy of being with the Beatles bassist Paul McCartney just like every other young girl at the time, however, she soon changed her dreams to the Rolling Stones icon Mick Jagger.

Soon after, Des Barres met two of her idols thanks to a high school friend, Charlie Watts and Bill Wyman of the Rolling Stones which was the first time she tasted fame and started hanging out on the Sunset Strip with members of the Rolling Stones and the Byrds. From that on, the young Pamela became a famous groupie who had famous relationships with a number of rock stars so let’s break down the most well-known affairs of the iconic groupie.

Pamela Des Barres Finally Had A Relationship With Mick Jagger 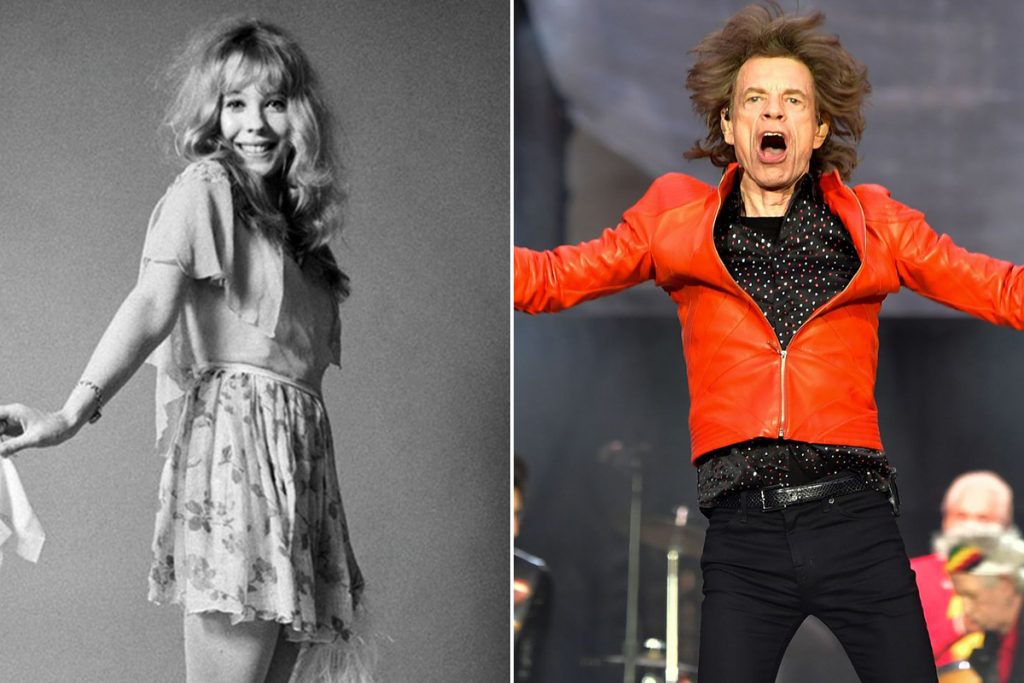 While every young woman in the 1960s and 1970s had the desire to have a relationship or even an encounter with the Rolling Stones’ charming lead singer Mick Jagger, Pamela Des Barres was obsessed with Mick Jagger even when she was still an innocent teenager. For a high school art project, Des Barres drew a very intimate picture of the lead singer, including his genitals, and surprisingly received an A.

From fantasizing about Mick Jagger and drawing pictures of him from her imagination, ambitious Pamela Des Barres made her dream come true as she had a sexual affair with the Rolling Stones lead vocalist quite a few times, however, now 72-year-old Pamela names some other rock icon as the love of her life rather than the handsome Mick Jagger.

Pamela Des Barres Was In Love With Jimmy Page While the ‘Queen of the groupies’ became romantically linked with various notable musicians such as Keith Moon, Jim Morrison, Woody Allen, and more, Pamela Des Barres revealed the true love of her life during an interview with The Sun a few years back. Apparently, it’s the lead guitarist of Led Zeppelin, Jimmy Page who stole the heart of the young groupie with his romantic attitude.

During the interview, Pamela Des Barres opened up about the relationship she had with Jimmy Page and revealed that the guitarist was an incredibly romantic lover who made her feel like she was the only woman in the world. Furthermore, Led Zeppelin guitarist took ‘Miss Pamela’ with her while touring during which she felt accomplished and proud of herself as the audience was looking at her.

Here is how Pamela revealed the love of her life to The Sun:

“He was so romantic. He made you feel like you were the only woman alive. And he took me everywhere. I’ll never forget that night at the Elvis concert, or the hours spent with Jimmy afterward on a huge bed up on a pedestal. One time I was on the side of the stage as Jimmy entranced 80,000 fans with his guitar playing.

From my vantage point, sitting on Jimmy’s amp, I almost felt like one of the group. Girls in the audience looked up at me and wondered which one I was sleeping with, and I was so proud. I was exactly who I’d aspired to be, the girlfriend of the lead guitar player in the world’s biggest rock and roll band.”

Despite their relationship came to an end eventually, Pamela Des Barres still mentions her true love with affection and admiration as he’s grateful for living the life that she had, she earned to be exact, and Des Barres still shares throwback pictures on her official Instagram page with numerous icons such as Alice Cooper, Keith Moon, Jimmy Page, and more.