The young guitarist, Dimebag Darrell was performing with his band, ‘Damageplan,’ which he founded with his brother Vinnie Paul, at the Alrosa Villa nightclub in Columbus, Ohio. During the show, Darrell got shot multiple times by a deranged young fan named Nathan Gale. Unfortunately, he was pronounced dead at the scene.

According to an article about the late guitar legend Eddie Van Halen, Dimebag received an exceptional gift from Eddie after his death. The renowned guitarist’s gesture also reminded another story about Darrell’s passing, which suggested that he actually honored Van Halen by whispering the band’s name as his very last words.

What Were The Dimebag Darrell’s Last Words? 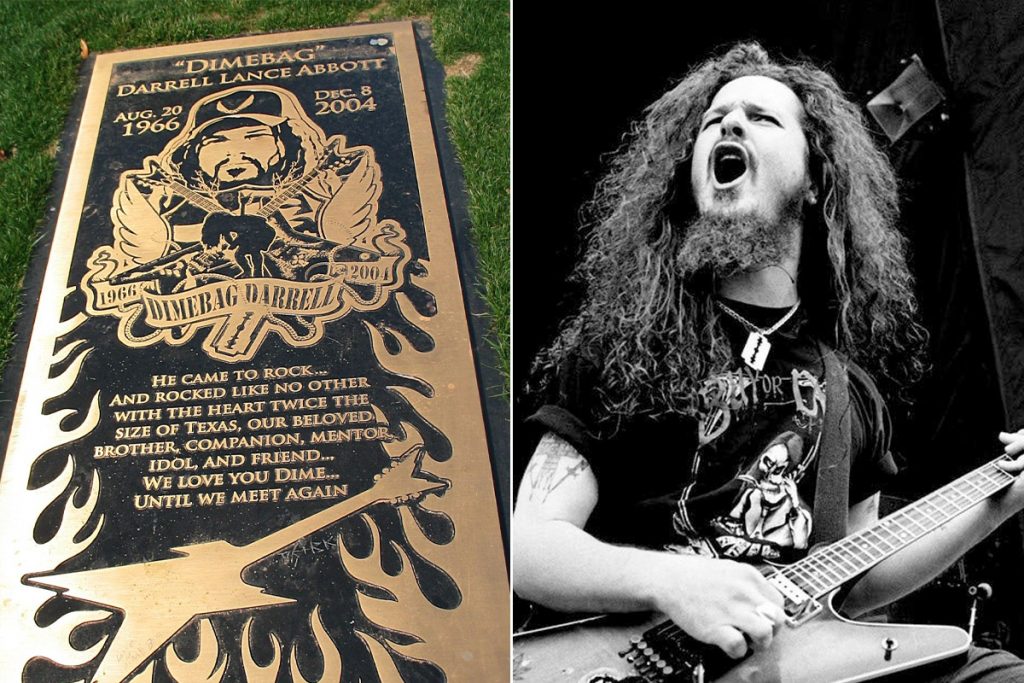 When the successful musician Dimebag Darrell was killed by a fan on December 8, 2004, he was only 38 years old. His death saddened the entire rock and metal music community, yet his family and close friends affected the most. One of his dear friends was the guitar master Eddie Van Halen, who influenced Darrell’s music deeply.

According to a popular rumor, just before Dimebag Darrell was shot and killed by gunfire in the nightclub, his last words were ‘Van Halen’ which was a code word for having fun between him and his brother and bandmate, Vinnie Paul.

How Eddie Van Halen Paid His Respect To Dimebag? Being the loved musician that he was, thousands of fans attended his public memorial, and the guest list included artists from whom Dimebag Darrell himself was heavily inspired such as Eddie Van Halen, Zakk Wylde, Corey Taylor, Jerry Cantrell, and Dino Cazares.

In order to pay tribute to the passed guitarist KISS bassist, Gene Simmons donated the band’s casket for the burial. However, he wasn’t the only musician to give a special belonging for the Pantera guitarist’s funeral.

Eddie also brought his original black-and-yellow-stripped 1979 Charvel ‘Bumblebee‘ guitar with him to the funeral so that it can be buried with his friend. Apparently, Darrell loved the guitar and even mentioned to his close friend Eddie that he would like to have a replica of it someday. Van Halen’s

Here is what Eddie said at the funeral: