There may be dozens of crazy stories related to rock stars’ love lives as they often had turbulent relationships with groupies, embarked on inappropriate affairs with fellow musician’s girlfriends, and were attracted to underage girls over the years. Led Zeppelin frontman Robert Plant is not an exception when it comes to leading an unusual private life.

Although the musician was married when Led Zeppelin was enjoying international success, this didn’t prevent him from having affairs. In fact, the musician even had a ‘tour wife’ named Audrey Hamilton. However, we’re here today to look into Plant’s history with his first wife, Maureen Wilson, and how he had a child with his former sister-in-law. 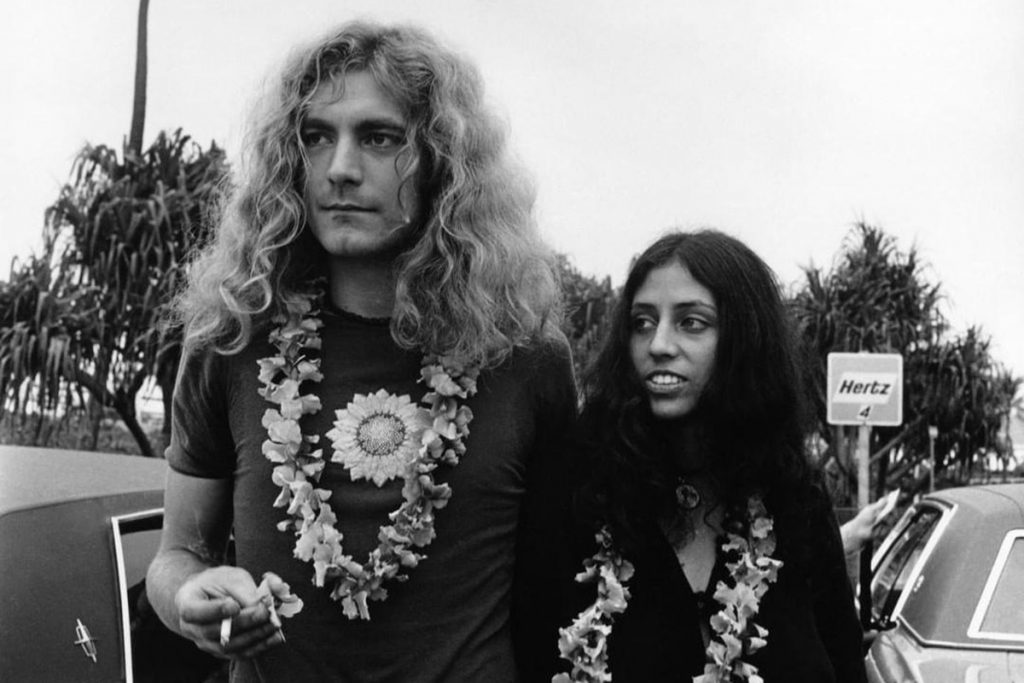 In 1966, Maureen Wilson met Robert Plant at a Georgie Fame concert, and the duo started their relationship. Throughout the mid-1960s, Plant struggled financially while playing in various bands such as Listen, Band of Joy, and embarking on a few solo projects.

During this time, Wilson supported Robert financially as she had a more stable income since she was working as a qualified nurse. In fact, the musician even had a short stint working in Maureen’s father’s steel factory to earn money. Their strong relationship turned into marriage on November 9, 1968, at the Roundhouse where Led Zeppelin performed.

While Maureen joined Led Zeppelin on their tours a few times, she mainly stayed on the family farm and looked after their three children, Carmen Jane, Karac Pendragon, and Logan Romero, throughout their marriage. In 1969, the rocker dedicated the track ‘Thank You‘ to his wife, featured on the band’s second album, ‘Led Zeppelin II.’

Unfortunately, the couple experienced one of the worst fears of a parent as they lost their son Karac at the age of five following a stomach virus. Due to several reasons, most significantly Karac’s death and Robert’s extended time away from the family, the couple divorced in August 1983.

Robert Plant Had A Son With The Sister Of His Ex-Wife: Jesse Lee Plant Eight years after getting a divorce from his first wife, Maureen Wilson, Robert Plant had an affair with his former sister-in-law, Shirley Wilson. The two welcomed their son named Jesse Lee in 1991. The 20-year-old son of the Led Zeppelin icon lives a life away from the spotlight and is spotted with his father only during special occasions.

Interestingly, Maureen Wilson doesn’t have any hard feelings towards her ex-husband for having a child with her sister. As a matter of fact, Wilson and Plant have remained friends, and in 2010 she attended a few shows during the Robert Plant and the Band of Joy European Tour when they played in the UK.