David Lee Roth is currently one of the most popular musicians in the rock scene and he’s been in the music industry since the beginning of the ’70s. He started climbing the ladder of fame as the lead singer of Van Halen but his tenure with the band was not a continuous one as he was a member from 1974 to 1985, then reunited with them in 1996, finally in 2006 until their disbandment in 2020.

However, Van Halen was not David Lee Roth’s first band as he was initially the singer of an R&B-tinged rock group called the Red Ball Jets which he joined when he was 18 years old. Nonetheless, his dreams of becoming a rockstar are actually rooted in his childhood, and the first time he realized he’s ‘perfect for showbusiness‘ was when he was only six years old.

How Did David Lee Roth Decide To Become A Rock Musician?

Diamond Dave, as his nickname suggests, clearly enjoys being the center of attention. He’s famous for his quirky habits, hysterical laugh, and unexpected reactions. Although people say that his character has contributed to his career as much as his talents as a musician, making music and entering the showbusiness has apparently always been the rockstar’s childhood dream.

Back in 1986, during an interview with CNN, the icon was asked about how he decided to get into the business, to which David responded by saying that he’s been working on it since he was 6 years old. Obviously, a great number of people dream of being on stage when they’re kids but Roth actually did something to make it happen.

He was only 6 years old when his uncle got Roth a radio and the first thing that little Dave thought he needs to do was to find a way to turn the radio on and change stations without getting out of his bed, and thus, he attached a stick to it. That was the point he realized he’s ‘perfect for showbusiness.’

He started imitating commercials and singing on the table at 7 years old, and his family perceived it as Roth’s ‘monkey hour’ and asked the people around him not to mind his craziness. However, as the years passed, they started realizing that little Dave was very serious about becoming a rockstar and was working hard for it.

During an interview with CNN in 1986, David Lee Roth opened up about his childhood using the following words:

“I knew exactly what I was gonna do. When I was six, seven years old my uncle Dave gave me my first radio and I was in a little bedroom, a little pad of the apartment living with the family.

The first thing that I thought of to do with the radio was to attach a stick so I wouldn’t have to get out of bed, and I could dial the radio on and off while I laid in bed and I said to myself, ‘I’m perfect for showbusiness.'”

He went on to say:

“When I was seven years old I started imitating all the commercials on TV and ticky-tack and on the table and sing, you know, all the songs and everybody said, ‘Well, don’t pay any attention to Dave, he’s just doing monkey hour like that.’

And then I really put everybody to consternation because I started preparing for the career. I started studying and learning comic books and that kind of thing, and everybody said, ‘Oh, no, he’s serious.'” 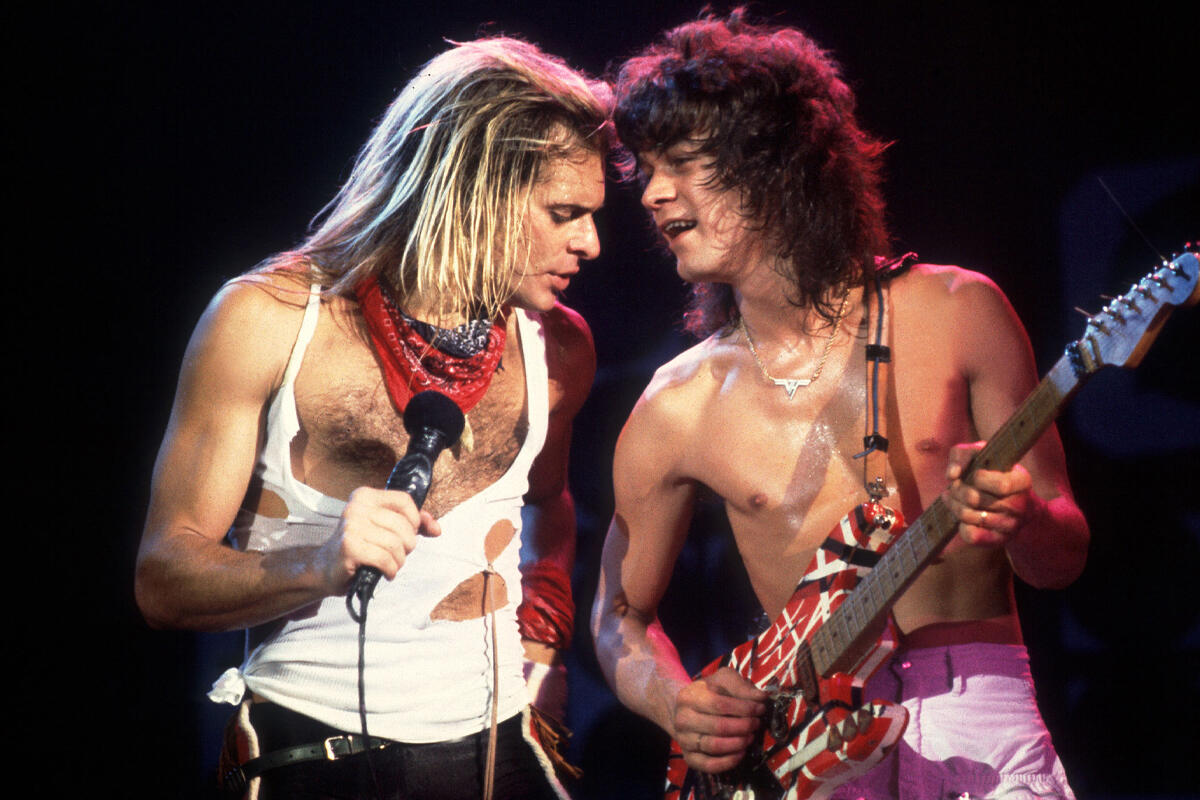 David Lee Roth met the Van Halen brothers -who were performing under the name Mammoth- when he was still the singer of the R&B-rock band and he really wanted to play with Alex and Eddie. He auditioned twice and was finally hired by the brothers and in 1974 Mammoth changed its name to Van Halen.

Although now they are known to be one of the most successful bands in the history of rock, Van Halen was not always very successful. In fact, in the mid-’70s they would perform five sets of 45 minutes each every night, which would equal 70 songs per night. As their music was considered to be ‘very hard’ they weren’t everyone’s first choice and had trouble finding gigs.

They would do any gig they got regardless of whether it was in a club, rodeo, or frat house and if the road bar was too far away, they would spend the night in their car. Of course, all this changed in 1978 when Van Halen released their self-titled debut album, which reached No. 19 on the Billboard charts, and the rest is history.