Van Halen’s former frontman David Lee Roth has built a reputation with his impressive vocal skills, bold character, flirtatious attitude, and of course, sexy onstage outfits. He has often attracted attention with his energetic and passionate performances followed by backstage shenanigans. He has been known as a player, and it should be noted that while Eddie Van Halen insured his left hand, Roth insured his penis.

Although the groupie culture is not as evident now, there was a time when it was Diamond Dave’s highlight. He enjoyed meeting up with beautiful fans after their concerts to spend some quality time. During the ’80s, it was pretty common for rock bands to choose groupies, but Roth had come up with a system to make this process faster. He would give their roadies five backstage passes each to bring ‘qualifying’ fans, and the roadie who would make him the happiest would get a prize.

What Was David Lee Roth’s Bonus Program For Groupies? 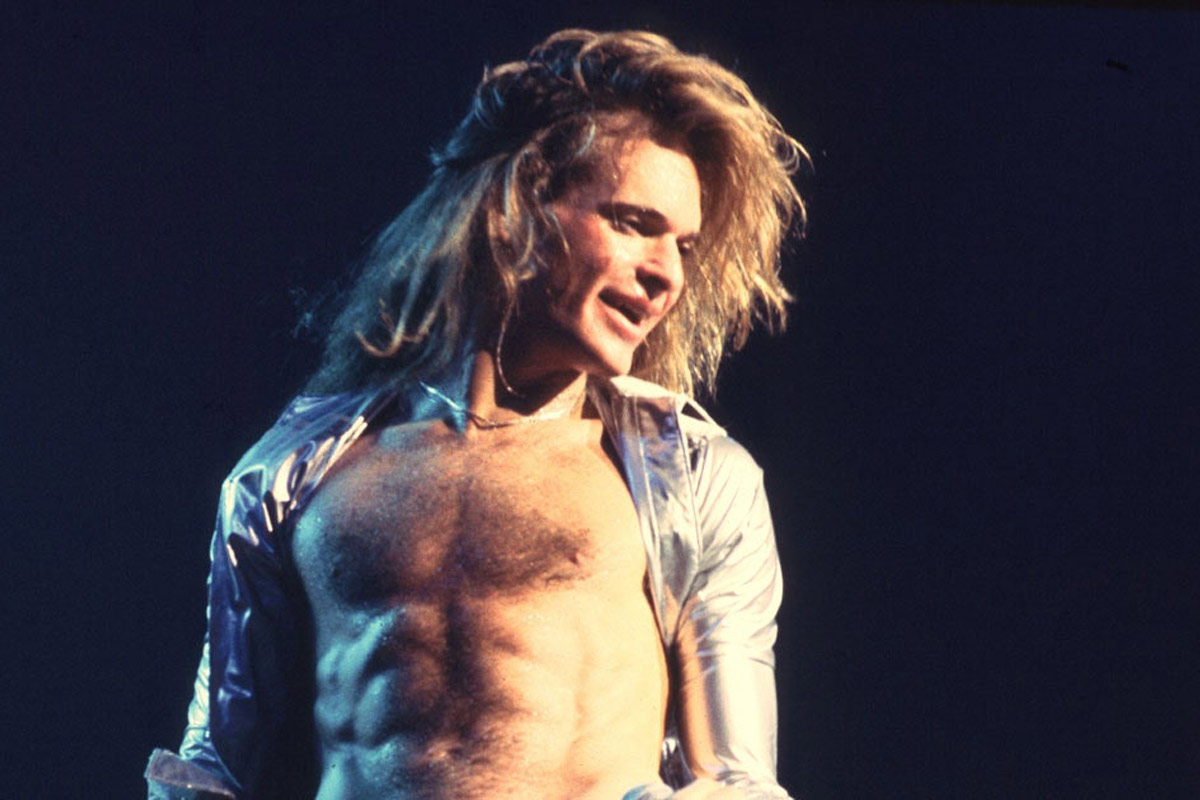 David Lee Roth’s Bonus Program had become quite the hit in the ’80s. The rocker would give five backstage passes to each crew member and ask them to bring him the girls they thought he would enjoy spending time with. The roadie who would make the ‘wisest choice’ would get $100. The groupies that didn’t attract David Lee Roth’s attention were allowed to stay backstage, and the road crew was allowed to mingle with their guests but only after loading the band’s stage gear.

Funnily enough, this program not only pleased David Lee Roth but also increased crew efficiency since the roadies were excited to get to know the other women. Ultimately, it cut the time it took to tear the whole stage down in half. However, as it turns out, Van Halen’s members had also developed a system to reach the women they found attractive while they were still performing on stage.

How Did Van Halen Plan Their Stage Structure To Choose Groupies?

In 1984, Gordon Matthews wrote the book ‘Everything You Wanted to Know About Van Halen,’ which included some exciting details considering the band members’ love lives. Roth appeared on David Letterman’s show in 1985, right after he had released his debut solo EP ‘Crazy from the Heat’ while still a member of Van Halen. During their conversation. Letterman read some excerpts from the book, including their roadies’ hunt for groupies.

In addition to that, the book revealed that David Lee Roth would be on the lookout while on stage, and when he would spot woman he liked, he would dance over to the side of the stage to let their roadies know, while Eddie Van Halen would start playing a guitar solo. The roadies in the front row would get the directions from Roth on their radio communique and try to find the woman the frontman had his eye on.

After David Letterman asked whether this is true, Roth admitted that all these were accurate as they would indeed look for attractive fans while still performing on stage. The frontman said that this became a thing after they decided to build their own stage and ‘custom barricade.’ The custom barricade had numbers painted on the inside so that it would be easier for the rockers to explain where they had spotted the woman who attracted their attention.

David Letterman read the following excerpt from the book:

“During the concert, Van Halen roadies scour the audience for the cutest girls they can find. According to legend, each roadie gets five backstage passes to hand out. Many a girl has been known to leave her boyfriend behind for a chance to party with the boys. David Lee Roth claims to be actively searching out girls from the stage. When he spots a girl in the audience he thinks is cute, he dances over to the side of the stage while Eddie takes a guitar solo… oh this is pitiful.”

“Eddie takes a guitar solo. Then he will shout something to an available roadie, like ‘red, right, red t-shirt, out of sight, six feet back.’ While David dances back to the microphone, a roadie in the front row will receive a radio communique from the stage. Then he will go to work to find the girl and give her a pass. Now is there a hint of truth anywhere in this?”

To which David Lee Roth responded:

“Well, it all started when you start building your own stages, and you’re taking your own production crew on the road. And they said, ‘Dave, we have to build our own custom barricade out there’ and that was a few years ago, and I said ‘Let’s customize it‘ so we can do exactly what you just read. And we painted numbers on the inside, and you know, people keep reminding me of this crazy image. People keep invoking this wild-eyed slack-jawed image, and I tell you, I’ve been seeing the same girl now for maybe two or three weeks, man.”