Founding member of Twisted Sister, Jay Jay French has recorded and released several albums with the band. After a successful career, Twisted Sister said goodbye to the music scene with their last live performance in 2019 in Monterrey. French also announced his retirement following their last show and even gifted his guitars to the band’s road crew.

Jay Jay French has talked about Led Zeppelin several times. During the Cassius Morris Show, he said that Led Zeppelin’s live shows have deteriorated. He also noted that drugs and alcohol have had a significant effect on Jimmy Page’s guitar playing. According to him, although Led Zeppelin was a band everyone wanted to see live between 1969 and 1973, he claimed that he hasn’t been able to find anyone to give free tickets to their shows since 1977 as no one wanted to see them live.

In the same show hosted by Cassius Morris, Jay Jay also stated that he was bored to death during a live show by Led Zeppelin. He said he had four tickets and went to the concert with his friends back then. Known as a huge LZ fan, French spent three hours watching John Bonham only because he couldn’t listen to their music.

In 2007 when Led Zeppelin reunited at a tribute concert in London, Jay Jay also commented on their possible reunion. He said that he just didn’t know if they could pull it off, and stated he would rather remember the band the way they were. He then said it is questionable if Jimmy would be able to play the way he did and if Robert could still sing those songs. 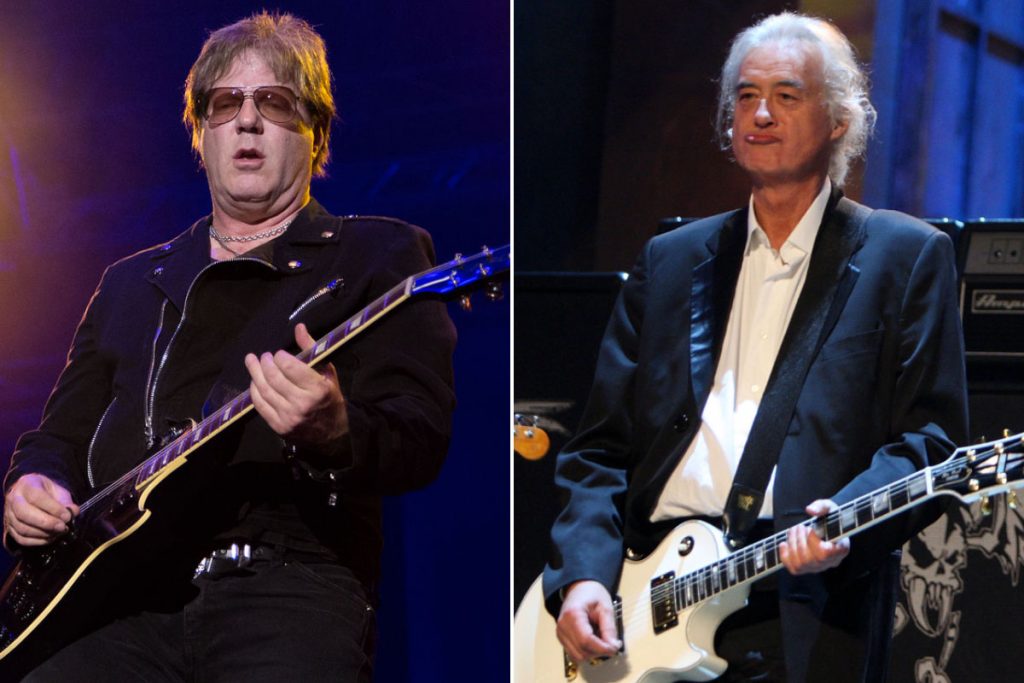 According to Jay Jay, Jimmy Page was a great guitar player yet his guitar playing deteriorated as time passed by. Saying Jimmy Page’s playing gradually became sloppy, he claimed that there is a difference between all of his live shows and studio recordings.

The guitarist then critiqued Page’s playing by differentiating his approach on how he plays when in the studio and when doing a live show. French said that the ‘studio Page’ sat down and played accurately and focused. Live Page, on the other hand, was a rockstar when on stage.

Jay Jay then revealed that he would rather watch the rockstar although he was a little bit sloppy because it is a live experience that is a lot more spontaneous. He differentiated Page’s playing style as the showman and the session guy and said one would get whoever would show up at the time of the performance.

In the episode of The French Connection, Jay Jay said that:

“I saw Zeppelin a zillion times, and Page certainly was great. Way before anything, he was a session guy and established his cred. But as time went on, I thought his playing went sloppy, for me. That’s how I kind of look at it, for whatever reason…

You could really see the difference between the live Page and the studio Page. Studio Page, throughout any, both Zeppelin stuff and stuff he did with Donovan, Tom Jones… I mean, the number of records that we’ve heard that we don’t associate with Jimmy Page that he was on…

He sat down and played, he was very focused, he was very accurate. When he was on stage with Led Zeppelin, he was a rock star. He had the Les Paul slung down to his knees. And I would rather see the rockstar and have it be a little sloppy because it’s about the spectacle than if you just sat in the chair and be like, ‘I got to hit these marks.’ To me, it was the showman and the session guy, and whoever would show up would what you would get on any particular day.”

Jay Jay French speaks about the music business and shares interesting stories from his time in the industry in ‘The French Connection.’ He is also scheduled to release a memoir titled ‘Twisted Business: Lessons From My Life In Rock N’ Roll’ on September 21, 2021.