Many rockers appreciate what a great musician Sammy Hagar is, as they agree on what a legendary band Van Halen was. However, the two teaming up became an intolerable combination for some listeners. In fact, in the years Sammy Hagar performed with the band, ‘real’ Van Halen fans even stopped buying their new albums.

The main reason for this was probably not related to Hagar’s musical skills, but fans were angry at the departure of the original singer David Lee Roth and would not accept whoever replaced him. Diamond Dave was undoubtedly an integral part of Van Halen’s signature sound. However, he and Eddie were having serious problems; he also wanted to fly solo and, ultimately, left Van Halen in 1985.

He was replaced by Sammy Hagar, who was just beginning his 11-year journey with the band. Together they recorded many hits and topped the charts. But no matter how good they were together, this wasn’t ‘the’ Van Halen that fans knew. So, they even started calling it ‘Van Hagar’ to set it apart. Those days of Van Halen weren’t really worth listening to for some, including Dave Navarro, as he revealed in an interview he attended in 2017. 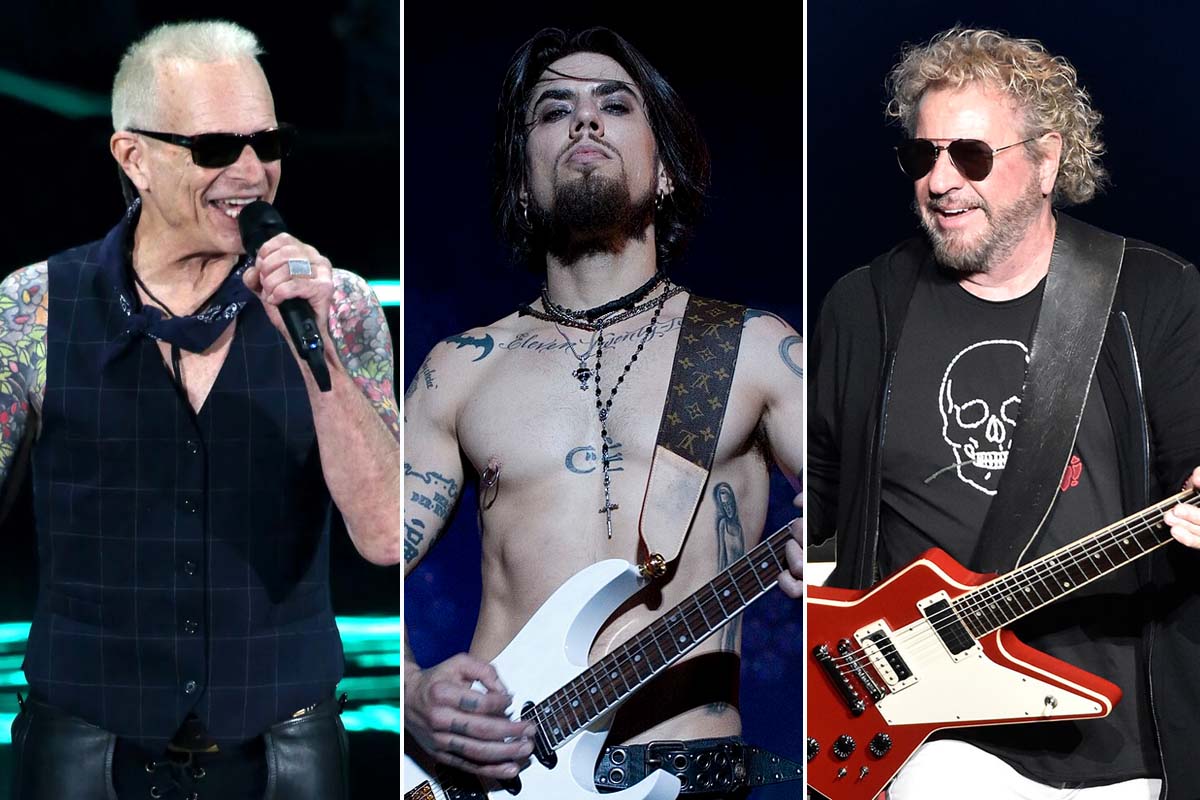 Dave Navarro, who made a name for himself in the rock world with his tenure in Jane’s Addiction and RHCP, revealed many times how special Van Halen was to him. Eddie Van Halen was one of Navarro’s guitar heroes, he particularly idolized Eddie in the late ’70s and early ’80s. Van Halen’s debut album was even one of the catalysts behind his entry into music. However, judging from his expressions during a conversation with Eddie Trunk in 2017, his admiration for Van Halen and Eddie wasn’t enough for him to listen to the band’s each era.

“No! Never!” he said, sharply and quickly, when he was asked about whether he listened ‘Van Hagar.’ “It was not Van Halen to me. I like Sammy Hagar, I’m a Hagar fan, I performed with Hagar, and he’s a cool dude, and I respect all the guys in Van Halen, but that combination I can’t get with, I just can’t do it.” He added, “It’s like, you know, just in the same breath the way that Chili Pepper fans can’t get into the band when I was in the band. It was not ‘the’ Chili Pepper to them.”

According to Navarro’s statements, his main problem was not with Sammy Hagar, as he praised and also collaborated with him. He was just one of those who missed the ‘original Van Halen’ sound, especially their time on their first three albums. Moreover, judging by his words, he also likens his RHCP times to Van Halen with Hagar and understands the fans’ negative reactions at the time.