Unfortunately, there was a time in rock music when substance addiction was one of the issues musicians struggled with the most. The rock community lost numerous artists to drug and alcohol abuse, including Prince, Jimi Hendrix, and many more were harmed by the consequences of excessive substance abuse over the years.

Seeing those rockers losing their lives, jobs, and even families was a wake-up call for many other musicians, including Alice Cooper. The Godfather of Shock Rock came to this conclusion relatively early, after realizing that his addiction caused an identity crisis between his authentic self and stage persona.

From then on, Cooper dedicated himself to helping his fellow musicians during their struggle with drug and alcohol addiction. Megadeth frontman Dave Mustaine is one of his close friends who got the support he needed from Cooper during his battle with addiction and his personal life. 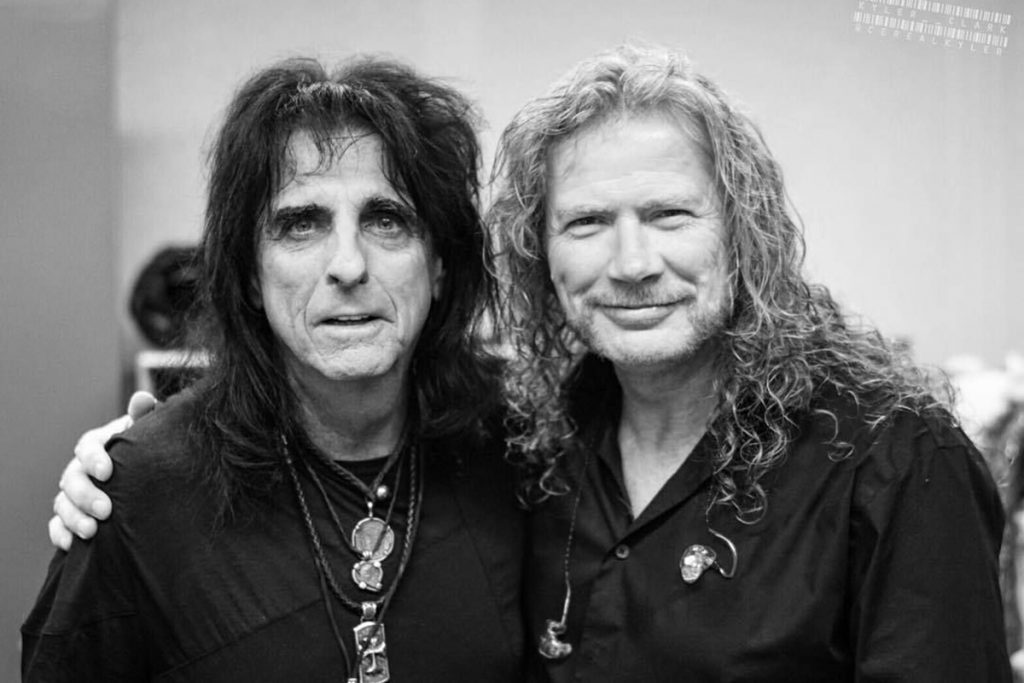 In 1986, Megadeth opened for Alice Cooper’s band on their US Constrictor tour. During that time, Cooper was already sober and trying to help others with substance addiction. The rocker personally approached the Megadeth members to help them control their use after noticing that they were abusing alcohol and other drugs.

After their tour together, Dave Mustaine and Alice Cooper remained close friends as Alice had started helping the Megadeth leader with one of his biggest struggles in life the moment they first met. In the following years, their bond grew stronger, and they started seeing each other very often.

In fact, Dave Mustaine opened up about the time they first met while touring during a 2012 interview with Strombo. The rocker reflected on his sobriety and religion, which required a mention to Cooper. According to Mustaine, Cooper helped him in many ways, which is why he’s his Godfather.

“All I know is that when we were touring with him that he was sober already. I called him up one time and told him I was thinking about getting a tattoo which I changed my mind, and I’m tattoo-free. He wanted to help me, and I don’t know who said what, but he’s my Godfather now.“

After declaring Alice Cooper his Godfather, Dave Mustaine started referring to the musician that way in numerous interviews as well as social media posts. In one of his Twitter posts in 2015, the Megadeth frontman shared a photo with Cooper and expressed how much he loves his Godfather.

“I love my Godfather Alice Cooper.”

It’s obvious that the two musicians have a special friendship that many should aspire to, as they seem to be highly supportive of each other. It’s precious to see that this friendship helped Mustaine during his battle with substance addiction and supported him while navigating some personal problems.