Maynard James Keenan is a musician credited for carrying three bands, Tool, Puscifer, and A Perfect Circle, to success in the rock and roll world. With his unique and attention-grabbing style on stage, his fans have seen him in many outfits that showed his colorful personality. He started tasting mainstream success with Tool when he co-founded the band in 1990. In 1991 the band signed a deal with Zoo Entertainment and kicked off their musical adventure.

They released their debut album ‘Undertow’ in 1993 and second album ‘Ænima’ in 1996. By giving a fair amount of break between their record releases, they released the third album, ‘Laterals’ in 2001. The album was achieved critical acclaim, and it debuted no. 1 on the Billboard 200 and was certified gold, platinum, and double platinum in different countries. The single ‘Schism‘ from the album won a Grammy Award for Best Metal Performance in 2002 and is regarded as an important piece of the record. 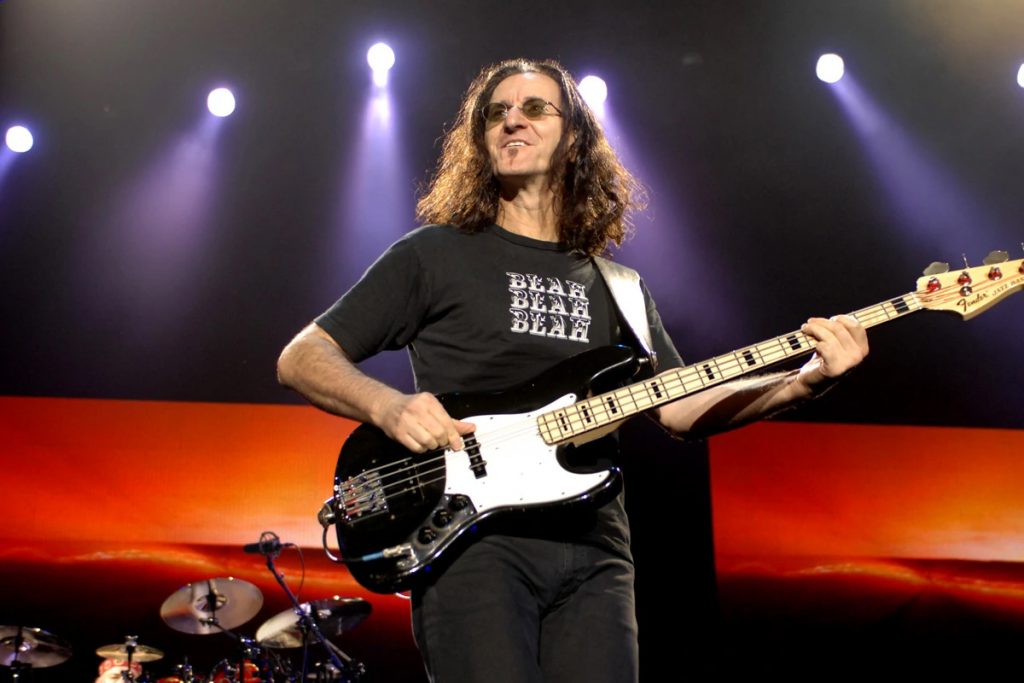 The riff of ‘Schism’ was improvised while fooling around in jam sessions, and it turned out to be an influential piece for metal fans. It is also known to harbor one of the most distinctive bass lines in the works of Tool, and with its complicated rhythms and changing sounds, the song proved Tool’s capability to harmonically combine a variety of sounds.

Hence, the iconic bassist Geddy Lee expressed his striking opinion on the song back in 2019 when he was playing ‘Jam or Not’ on CBC Music YouTube Channel. In the game, Lee listened to a few songs to decide if they were his jam or not, generally judging based on the songs’ bass sounds. When it came to Tool’s ‘Schism,’ Lee didn’t have much to comment, except saying that he would be all in. He exclaimed that he wanted to turn it up and named it the ‘ultimate jam.’

Here is exactly what Lee said about ‘Schism’:

“This is a jam already. This has to give me an odd time signature, and I’m all in. This is what I want to turn up. I’m digging this, ultimate jam. Best jam.”

You can watch Lee play the game and listen to ‘Schism’ below.