Guns N’ Roses lead vocalist Axl Rose may be known for countless things other than his legendary music career with his band such as his infamous punch fights with other musicians, not liking other bands which caused scenes, as well as his love life filled with plenty of drama and lawsuits after a breakup just like every other rock star back in the day.

As many of you know, despite Axl Rose created quite the controversy with his behaviors just as expected of him as a notorious rock star he was back in the day, he was not like every other rock star when it comes to his emotional relationships as there’s only two widely known girlfriend of his, both of which has a story worthy of telling.

While the whole world knows the infamous and passionate relationship Erin Everly and Axl Rose had which ended with marriage to divorce, however, gave birth to a romantic love poem later to be turned into the monumental song, ‘Sweet Child O’ Mine,’ there maybe not people to know the story behind Rose’s second love, supermodel Stephanie Seymour. Let’s dig into this love story with an unhappy ending and reveal the details of the notorious lawsuit between two former lovers.

How Did Axl Rose And Stephanie Seymour Start Dating? 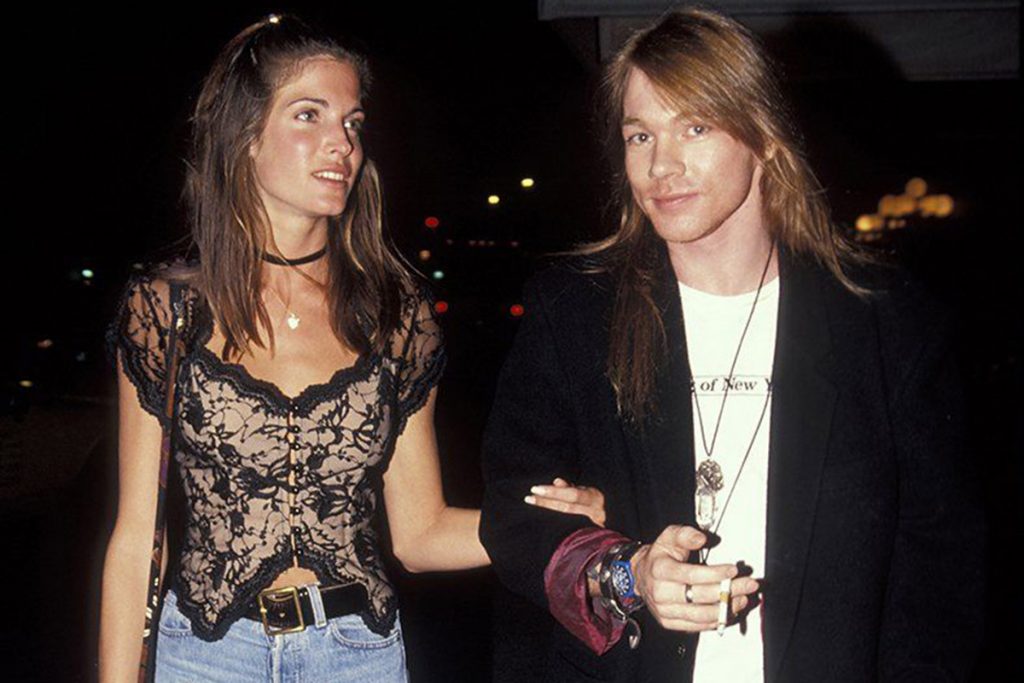 As some of you might know, Stephanie Seymour was a major celebrity thanks to her modeling career that included being featured in the Sports Illustrated Swimsuit Issue and the cover of Vogue, as well as being a former Victoria’s Secret Angel all of which turned Seymour into one of the most popular supermodels during the 1980s and 1990s.

That’s the reason why she was the pick for starring in two of the most famous Guns N’ Roses music videos for ‘Don’t Cry,’ and ‘November Rain,’ both of which are fans’ favorite with thousands of views on the band’s official YouTube channel. Thanks to these two music videos, Axl Rose and Stephanie Seymour met and their relationship began the same year of their release, in 1991.

Their relationship started off pretty passionate and Rose has become deeply attached to Seymour’s young son, Dylan, and tried to be a good father figure for the child which contributed to the bonds between the couple. Two years after Rose and Seymour started dating, they became engaged in February 1993, however, their love story didn’t last long as they separated only three weeks later. The main reason behind the couple’s break-up seemed to be the accusations of violence both Rose and Seymour claimed to be exposed to and later turned into a lawsuit as well as the rumors about Stephanie’s affair with actor Charlie Sheen which was in 1992, halfway through her relationship with Axl which must have had something to do with their break-up despite not knowing exactly how long the fling lasted.

Right after parting ways, supermodel Stephanie Seymour accused her ex-boyfriend of being physically abusive and stated during an interview with Harper’s Bazaar that having a relationship with him was a huge mistake that taught her a lesson since Axl was a violent person and the excitement that rock and roll gave her wore off pretty quickly.

Here is what Seymour said about her relationship with Rose:

“Getting involved with Axl Rose? Clearly a mistake. It taught me a lot, though. He was a violent person, and I realized I never wanted to be around that again. The thrill of the whole rock ‘n’ roll thing wore off. I saw the worst of that world and it soured me.”

While Seymour has her own claims, Guns N’ Roses frontman also spoke for himself and filed a lawsuit against the model, accusing her of assault, battery, and stealing jewelry of more than $100,000 worth. Apparently, the jewelry included a diamond, gold, and turquoise necklace and a 4.5-carat diamond engagement ring. Although the lawsuits were eventually settled, the accusations were bold and groundbreaking and quite sad to see two former lovers throwing at each other.

You can watch the music video of ‘November Rain,’ and ‘Don’t Cry’ below.