The Guitarist The Who’s Pete Townshend Called His Hero

Many guitarists have guitar heroes who inspired them to pursue their dreams of being accomplished musicians. Thanks to those names, we have many talented guitar icons in the current rock and metal music scenes. For instance, Smashing Pumpkins’ Billy Corgan owes his riffs and playing style to guitar icon Tony Iommi, who he argued made him feel as if he was ‘peering into the universe.’

Def Leppard’s Phil Collen, on the other hand, said that it might shock his fans, but his guitar hero was Kurt Cobain. Aside from the Nirvana frontman, Collen also mentioned Steve Jones and Johnny Thunders among his heroes. His bandmate Vivian Campbell’s hero was a different name, though. Campbell stated that it was Gary Moore who influenced his guitar playing the most. Halestorm’s Lzzy Hale had an unusual choice: her number one guitarist was Neil Young.

Pete Townshend might be a hero for numerous guitarists in the scene, but he also has a guitar hero who inspired him in his early career. As Townshend came from a musical family, he met his guitar hero, the Shadows’ Bruce Welch, at a young age. After learning to play guitar by himself, the guitarist joined the Detours and played instrumentals from the Shadows’ repertoire. 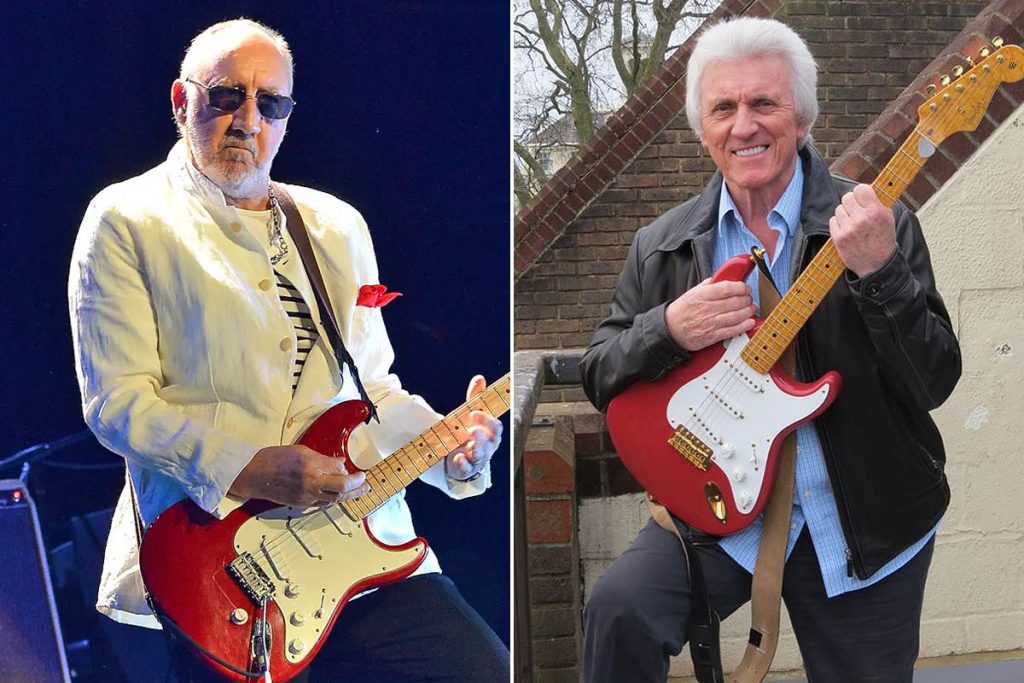 Pete Townshend opened up about his guitar hero in a 2012 interview with the New Statesman. During the conversation, he gave honest answers to simple questions about his personal life. Townshend directly named the Shadows guitarist Brian Welch when asked about his inspirations. He revealed that he first heard of the band’s number 1 hit ‘Apache’ when he was only 15.

According to the Who icon, Welch’s guitar playing in ‘Apache’ mesmerized him at that time and inspired him greatly. Townshend then recalled that he and Welch joined a TV show for an interview in the past, and he told the guitarist he was his guitar hero. However, Welch was so modest that he couldn’t accept he was Townshend’s hero.

“Bruce Welch,” Pete Townshend told the New Statesman. “The guitarist in the Shadows. I was 15 when I first heard ‘Apache,’ and I was so struck by it. Bruce and I had an interview together for a TV show about the Shadows, and he couldn’t accept that he was my hero. I couldn’t emphasize it enough.”

So, the Shadows hit ‘Apache’ significantly influenced Pete Townshend, and Bruce Welch’s talented guitar playing in the song inspired him to pick up his instrument. Although Townshend confessed this to Welch, the guitarist couldn’t easily accept that he influenced him to that extent.