The Band Eric Clapton Was Too Intimidated To Join

Eric Clapton is, without a doubt, considered among one of the greatest and most influential guitar players of all time. He has thrilled generations of fans with his blazing guitar solos. He is the first and only artist to be inducted to the Rock and Roll Hall of Fame three times. He was first inducted in 1992 with The Yardbirds and then the following year with Cream.

Later on, he was inducted for the third time with his successful solo career. In a music career spanning over fifty years, Eric Clapton has collected lots of memories with notable artists. He released his autobiographical book, ‘Clapton: The Autobiography,’ in 2007, in which he reflected on some memorable moments from his life and from his musical journey.

Clapton also has a documentary film, named ‘Eric Clapton: Life in 12 Bars,’ which tells his story starting from his childhood. Although he mostly talks about some painful events from his life in the documentary, he also points out some of his musical influences. During the promotion of his documentary, Clapton recalled a remarkable moment from his music career.

Eric Clapton Once Auditioned For The Band 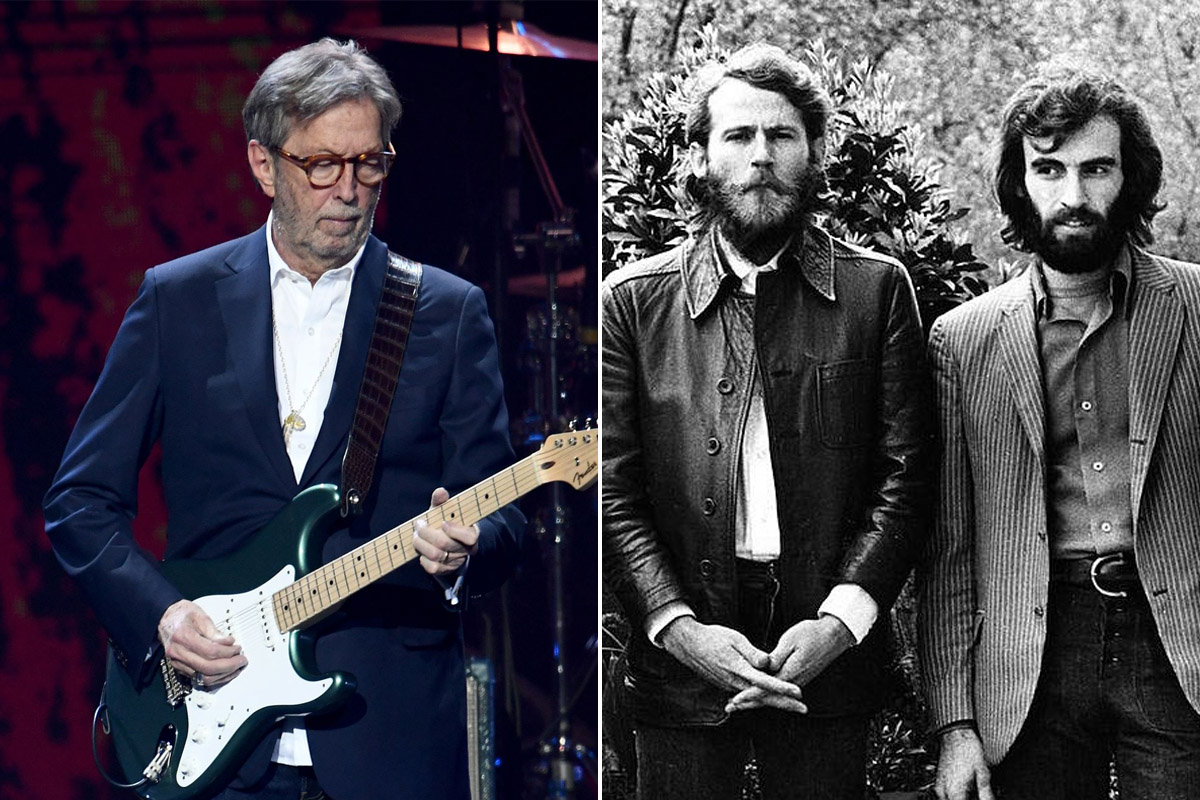 Back in 2017, Eric Clapton was at a press conference at the Toronto International Film Festival to promote his documentary, and he revealed an unknown story from his legendary career. He initially expressed his great admiration for the Band after hearing their debut album, ‘Music from Big Pink.’ Clapton stated that he was very impressed with the album.

He was playing with Cream at the time, but he knew that they wouldn’t last very long due to their problems. He knew the Band’s lead guitarist Robbie Robertson very well, so he wanted to attempt to be a part of the Band. He called them and asked whether he could visit the house the members were writing and recording, although he was still in Cream.

However, their first encounter was kind of shocking for Eric Clapton. Their work clothes were, in a way, trying to prove that they were from different worlds. Clapton noted that the Band members were his heroes but jamming with them was not what he expected. He asked them whether they would jam or not, but they said they never jammed; they would instead write songs and then play them.

Here is how Eric Clapton talked about their first encounter:

“I was given an acetate of ‘Big Pink’ back in England and it shook me to the core. I was in Cream at the time with already the notion that it wasn’t going in the right direction, and I thought, well this is what it is. I knew who Robbie Robertson was but I didn’t realize that was their group. I thought they just appeared. I thought they were all from the Mississippi Delta.

They were magnificent heroes for me. And so I went up to jam with them, and it’s the same sort of thing that happened with the Aretha Franklin sessions: I show up with all this paraphernalia on, the guys are all in work clothes, and I thought, well, are we going to jam? They said, ‘We don’t jam, we write songs and play the songs.’ I thought, my God, these guys are really serious.”

Eric Clapton thought they were really serious about their job, which he didn’t expect. Later on, the Band member Robbie Robertson also remembered his incident in his memoir, and for him, Clapton didn’t have enough courage to work with them. Nonetheless, Eric Clapton had highlighted that he sincerely wanted to join the band.