Every Korn fan knows that the band is most notably known for pioneering the nu-metal genre and bringing it into the mainstream with the successful records they have released during their nearly three-decade-old career.

The band has numerous accomplishments, from selling more than 40 million records worldwide to having twelve of their official releases peaking in the top ten of the Billboard 200. As for awards, Korn has earned two Grammy Awards out of eight nominations and two MTV Video Music Awards out of eleven nominations.

Their successful career signals that they draw inspiration from the right musicians and are creative enough to make something different. Let’s see if they have managed to make their role models proud by now or whether they missed their chance after performing in front of them.

Korn Performed For RHCP And Blew The Opportunity 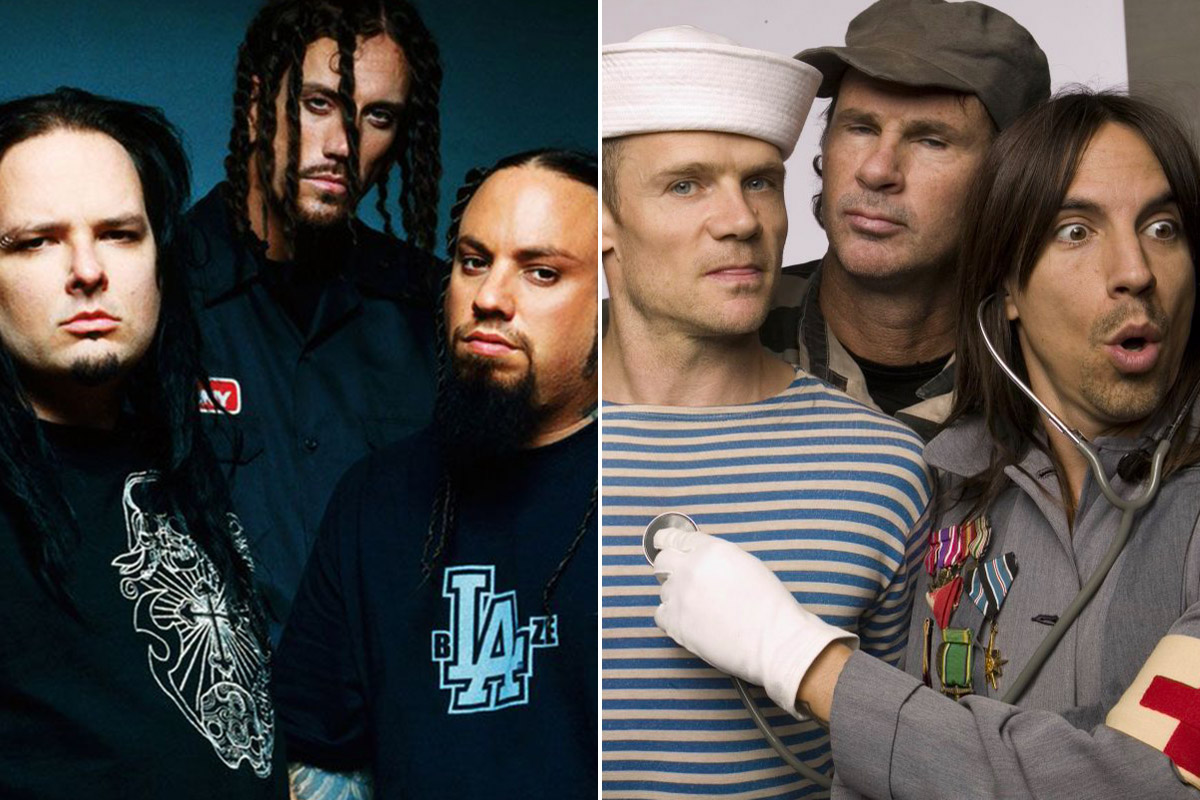 Nearly every member of Korn is a big fan of Red Hot Chili Peppers. The band members, Brian ‘Head’ Welch, Reginald ‘Fieldy’ Arvizu, David Silveria, and James ‘Munky’ Shaffer, had admitted they were all commonly influenced by RHCP even before the formation of the band.

According to bassist Fieldy’s 2009 memoir, ‘Got the Life,’ the Korn members once ran into RHCP’s Anthony Kiedis and Chad Smith in front of their rehearsal place, since they also rehearse somewhere nearby. That’s when the bassist somehow convinced them to come to Korn’s rehearsal and watch them play.

Apparently, Kiedis and Smith agreed to see the band perform, and they all went to the rehearsal place together. Being in front of their biggest influence, Korn member gave their all to prove what a great band they were, perhaps a little too much.

In the book, Fieldy admitted that they were drunk while performing for RHCP, and they were way out of control since they were jumping up and down while playing. As a result, Anthony and Chad watched Korn members embarrass themselves as they waited for the whole thing to over.

In his book, Fieldy penned:

“We played so hard, jumping up and down, trying to give a great performance. Anthony and Chad were standing their sort of dumbfounded — and not in a good way. We must have been so sloppy because we were obviously drunk and out of control. We didn’t know any better. We just thought we were doing what we were supposed to do.”

Since they were just young musicians trying their best to impress their dream band, their actions could be excused. Now that Korn is a big and successful band, who knows better than that, this story is just a funny memory they can laugh about.