When Eddie Van Halen Was Disappointed By Eric Clapton

Van Halen’s iconic guitarist Eddie Van Halen is known to have been widely influenced by another icon, Eric Clapton. He has voiced his admiration for Clapton several times, and this inspirational figure had contributed to Eddie’s playing style. During an interview in 2011, he listed his top guitar influences, and Clapton’s name was No. 1 on that list.

Eddie even created a song as a tribute to Clapton back in 1988. His song ‘When It’s Love’ was released as a single for Van Halen’s eighth album, ‘OU812’, and became the record’s most famous song. Later on, it was considered one of the greatest power ballads of all time. Unfortunately, no matter how much Eddie admired Clapton, his feelings were not reciprocated.

In 1983, Queen’s legendary guitarist Brian May collaborated with Eddie Van Halen, Alan Gratzer, and Phil Chen to release a mini-album called ‘Star Fleet Project’ under ‘Brian May + Friends.’ May and Eddie dedicated two songs from the album to Clapton and sent him the tracks proudly to see what he thinks about them.

How Did Clapton React To The Tracks Dedicated To Him? 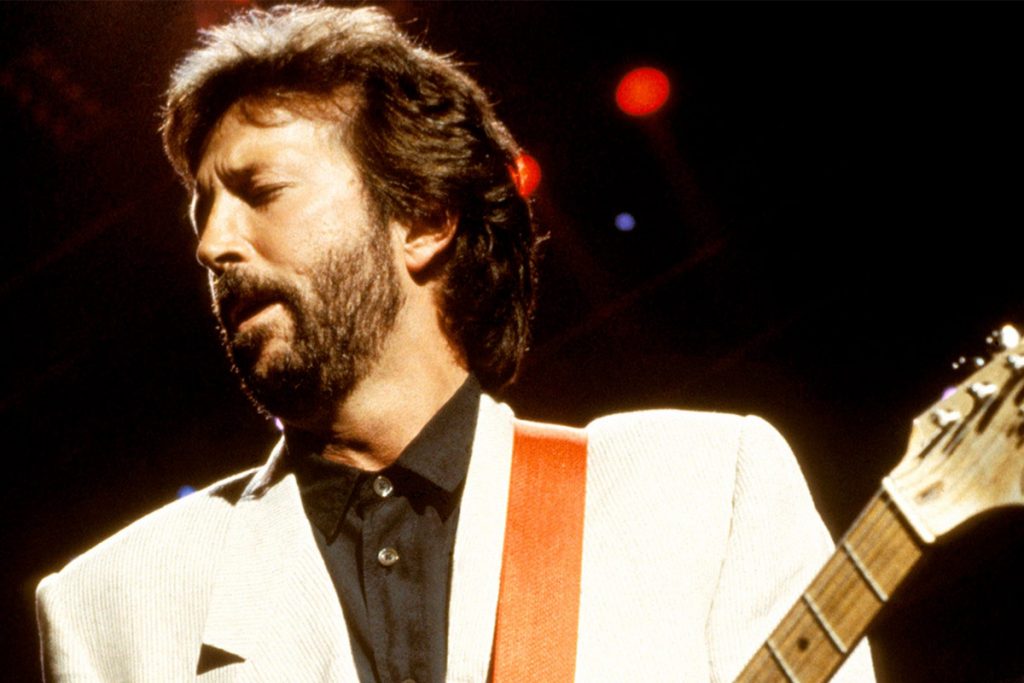 Unfortunately, Eric Clapton didn’t appreciate Eddie and May’s efforts and enthusiasm. In fact, it backfired because Clapton called them ‘horrible.’ When Clapton received the tracks, he stated that he expected something remarkable as they dedicated the tracks to him. However, after listening to them, Eric said he was ‘almost insulted’ and claimed that Eddie and May cannot play. He went further to state that there was no dynamic between the two guitarists.

Here is what Clapton stated in 1986 about the songs dedicated to him:

“One side was a kind of a fusion thing — really very interesting, great to listen to — and the other side was a blues jam. It was so horrible. And they dedicated it to me. They sent me a copy, and I put it on, expecting something, and, you know, I was almost insulted that they should send this to me. Because they both… They can’t play! They took turns to play solos, and just went head-at-it, with everything they knew. And there was no dynamics, no build-up, no sensitivity. I was very disappointed.“

This must have been a big shock for Eddie. Even though he wasn’t as big as he is today back in 1986, receiving such a degrading comment from his hero wasn’t what he expected. After this experience, the Van Halen guitarist talked about the time when he had a disappointing interaction with Clapton.

Why Was Eddie Disappointed with Clapton? 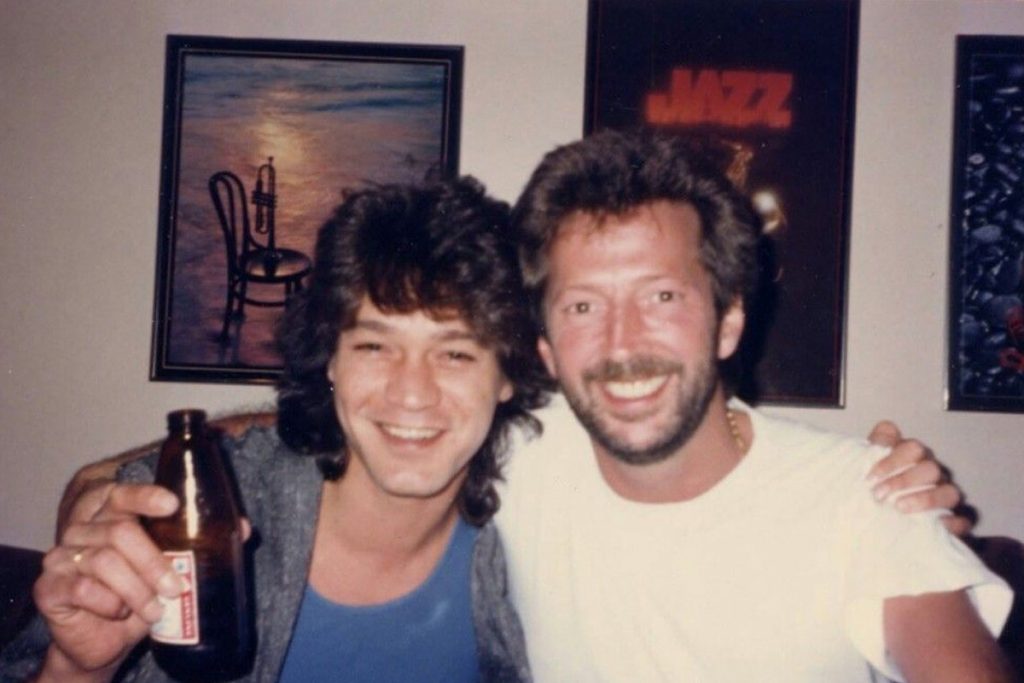 Although Eddie was a huge fan of Clapton, he also stated his disappointment when he talked about his first concert experience. The guitarist went to see Derek and the Dominos with Eric Clapton but revealed that the show wasn’t as ‘powerful’ as he thought it would be. He was disappointed by Clapton after the concert as well. Eddie went backstage to see Clapton, but he had already left, so they couldn’t meet.

Here is what he stated about his first Eric Clapton concert experience:

“The first concert I saw was Derek and the Dominos with Eric Clapton. To be honest with you, I was expecting something more powerful. If I would’ve seen Cream, I probably would’ve been blown away, because that’s the era of Clapton that I really loved.

The show was more of a Doobie Brothers Kind of thing — there was like this tambourine and bongo player. The power wasn’t there. Al and I tried to get backstage; unfortunately, Eric had already left, but we did get to meet the tambourine player! Swear to God!”

It seems like Eddie’s love for Clapton was only in terms of his music. Although he was greatly influenced and wanted to thank him by dedicating songs and solos to Eric, he didn’t receive Clapton’s love and appreciation. Today, everyone knows Eddie’s impact on the music world, and so, it is surprising to see he was once rejected and disappointed by his hero.