Many fans know that Foo Fighters frontman Dave Grohl didn’t have a clean history with Guns N’ Roses due to his former band, Nirvana, and the infamous feud between late singer Kurt Cobain and Axl Rose. Although the dispute was mainly between two lead singers, Grohl also got involved in the notorious feud.

Although once rockers become enemies, they remain enemies, this wasn’t the case with Dave Grohl and the members of Guns N’ Roses. Fortunately for the fans, Grohl once performed with the band, which was a monumental moment for every rock ‘n’ roll enthusiast. Let’s look into this iconic collaboration and how things got better between the Nirvana drummer and Guns N’ Roses.

Guns N’ Roses And Nirvana Once Hated Each Other 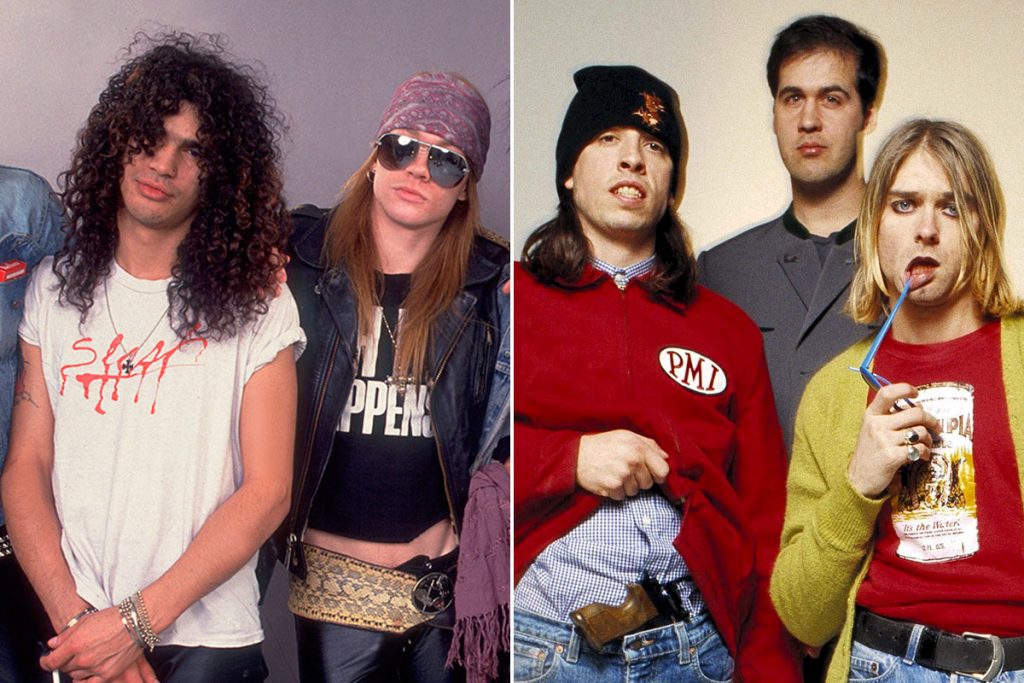 The dispute between Guns N’ Roses and Nirvana started when Kurt Cobain refused Axl Rose’s offer to join them as the opening act for the ‘Use Your Illusion Tour.’ After being rejected by a relatively new band, since Nirvana only had one successful album under their belts, Axl Rose started the feud by making bold claims about Nirvana.

Axl Rose even insulted Kurt Cobain and his wife Courtney Love because of their infamous heroin addiction. Furthermore, the singer stated that it would be their fault if their baby girl were born ‘deformed.’ Along with these statements, both sides constantly made accusations and unpleasant comments about each other.

Everything got worse when Kurt Cobain and Axl Rose nearly got into a fistfight while Courtney Love and their baby were with them. The scandalous incident happened right before the MTV Video Music Awards back in 1992. Although the feud was mainly between Rose and Cobain, there was one time when Dave Grohl also dissed Axl Rose on stage.

Towards the end of Nirvana’s ‘Lithium’ performance at MTV Video Music Awards in 1992, band members went crazy with their on-stage show. Kurt Cobain started destroying everything on stage, from his guitar to massive amps, Krist Novoselic accidentally hit his head, and people started jumping to the stage. Dave Grohl grabbed the microphone and said hi to Axl Rose in the middle of this chaos, which was an iconic moment. 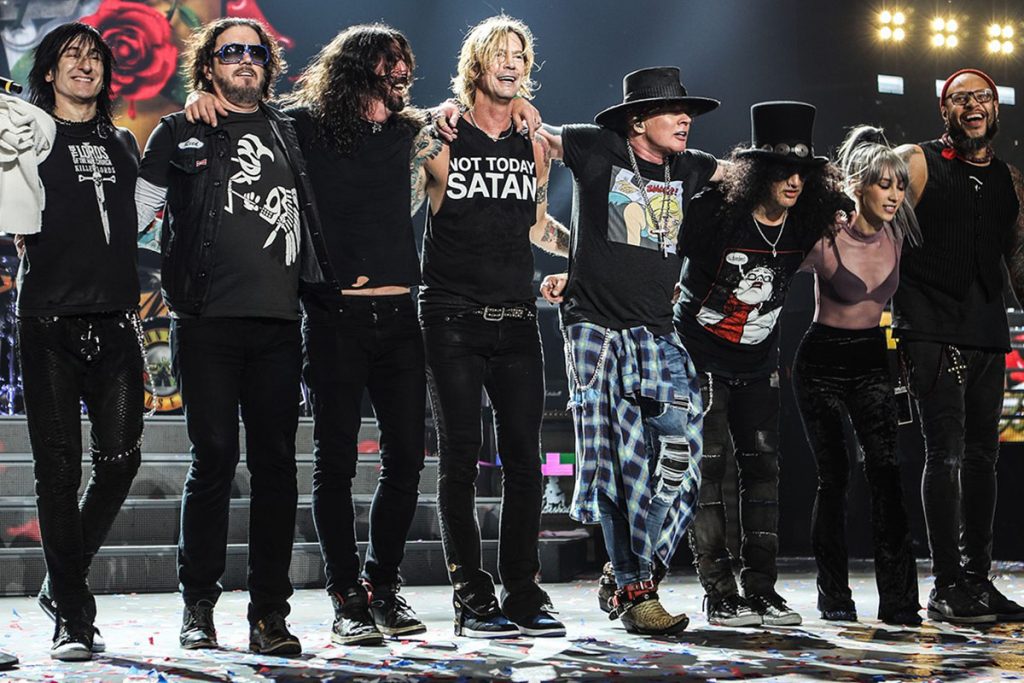 Twenty-five years after dissing Axl Rose, Dave Grohl joined Guns N’ Roses on stage to perform the band’s iconic track, ‘Paradise City’ on November 14, during their ‘Not in This Lifetime… Tour.’ It seemed like they buried the hatchet for good and had the best time on stage, as they were performing with the highest energy possible.

During their performance, Dave Grohl looked like he had been waiting for this moment throughout his career despite his complicated history with Guns N’ Roses. Clearly, it wasn’t him who hated Axl Rose or the other members of the band. A number of fans seem to agree with this as they left many comments under the video stating that Grohl must be a fan of GN’R now that he’s performing with them, especially after the ‘Hi Axl’ moment.

“I think deep inside, even in his nirvana days, Dave was a GN’R fan. This is like a dream come true for him; to be able to perform with Slash, Duff, and Axl.”

Another fan made fun of Grohl with this comment:

Dave Grohl now: take me to the Paradise City.“

You can watch the performance and ‘Hi Axl’ moment below.