It’s a widely known fact that Guns N’ Roses lead singer Axl Rose has a way of attracting trouble and controversy thanks to his notorious reputation. While it was the singer who oftentimes started the feud with other rockers when he unapologetically talked about them during interviews or face to face, it’s fair to say his limits had been pushed by many musicians as well.

As many of you know by know, Axl Rose and late Nirvana frontman Kurt Cobain weren’t exactly best friends. The dispute between two legendary rockers went down to the history of rock ‘n’ roll as one of the most heated feuds of all time. From fighting prior to award shows, to verbally attacking each other, the two frontmen never saw eye to eye and ended up being two enemies who constantly push each other to the edge.

Although many fans know the history of the feud between Axl Rose and Kurt Cobain, which is quite long and filled with countless infamous moments, many people don’t really know how it all started. We’re here today to look back on the time when the two frontmen first squared up with each other. 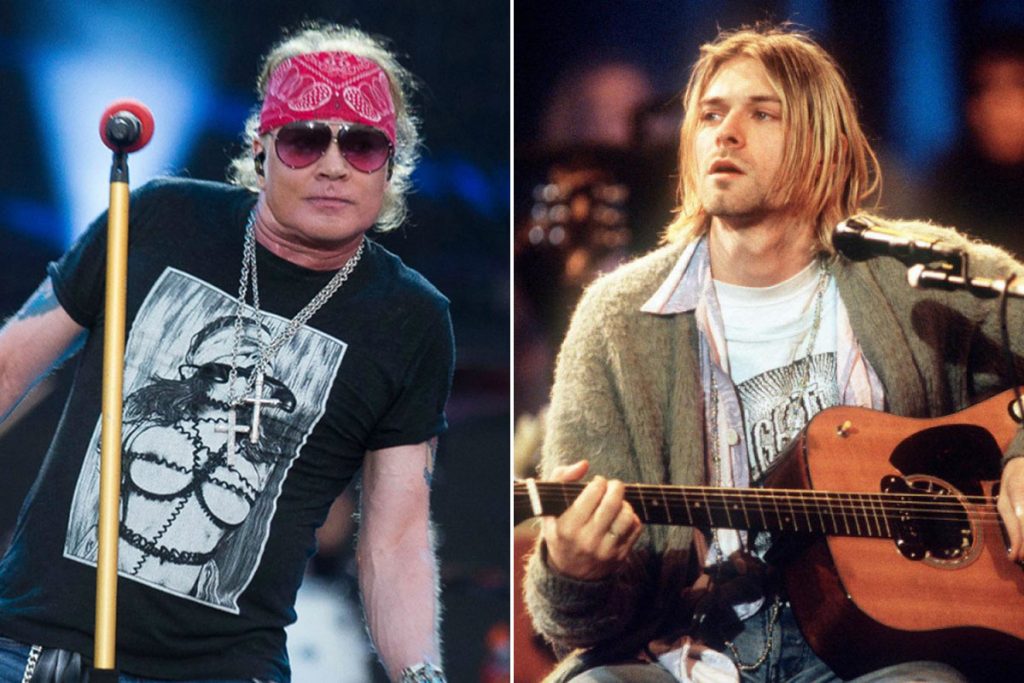 Many of you might be familiar with the infamous tour of Guns N’ Roses that was filled with riots, cancellations, and late starts. It all happened when the band hit the road for the ‘Use Your Illusion Tour’ which ran from January 20, 1991, to July 17, 1993. It was not only the band’s longest tour but one of the longest concert tours in rock history with its 194 shows in 27 countries.

In the midst of their tour, the band performed three songs at the Freddie Mercury Tribute Concert in 1992. Following their performance, Guns N’ Roses returned to the United States for the second leg of their tour and needed a band as their opening act. Not being on bad terms at the time, Axl Rose asked Nirvana to open for them during their ‘Use Your Illusion Tour.’

Many bands would be thrilled to hear such an offer coming from Axl Rose. Nirvana frontman Kurt Cobain, on the other hand, declined to tour with Guns N’ Roses. As some of you might guess, Axl Rose didn’t like being rejected by another lead singer whose band just started to get recognition. That’s when the epic battle between the two rockers started as they both started coming for each other during interviews by making bold claims, and looking down on each other, and the rest is history.