When Billy Gibbons Reacted To Being Jimi Hendrix’s Favorite Guitarist

Billy Gibbons was the guitarist of a psychedelic blues-rock band named The Moving Sidewalks alongside Tom Moore, Don Summers, and Dan Mitchell in the mid-1960s. The band drew the attention of many iconic bands, musicians, and rock music fans. The Moving Sidewalks released many hit singles and an album entitled ‘Flash,’ and then they started to perform opening acts for various bands.

The Moving Sidewalks joined The Doors and the legendary late guitarist Jimi Hendrix to support their concerts and tours. However, the band couldn’t continue performing together and decided to disband after bassist Don Summers, and keyboardist Tom Moore were drafted in the late ’60s despite their success and rising popularity. Then, Billy Gibbons and Dan Mitchell founded one of the most famous rock bands in the world, ZZ Top, to continue their professional careers. 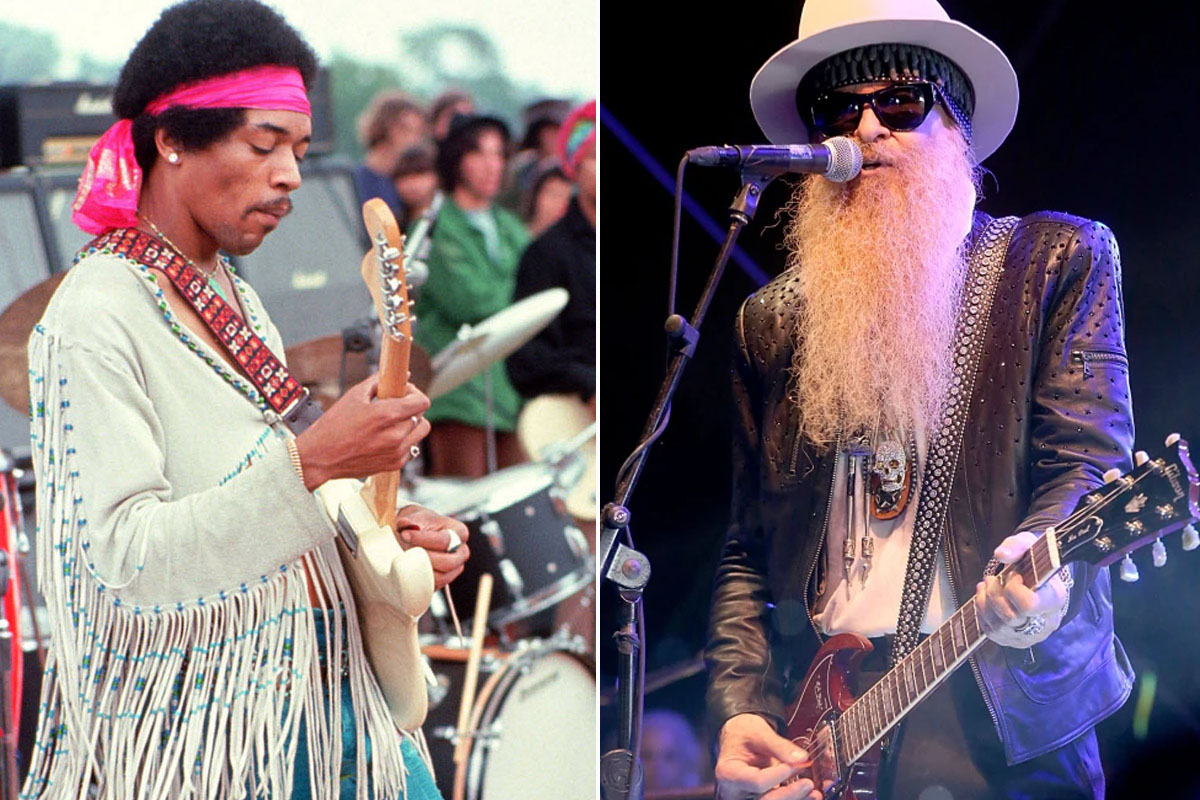 Although the psychedelic band broke up many years ago, Billy Gibbons never forgot the time he opened for Jimi Hendrix and the guitarist’s words to him. During one of his previous interviews, the guitarist revealed that Hendrix was watching their performance, and he came to share his thoughts at the end of the show. Hendrix said he liked Gibbons’ style and his nerve.

In Gibbons’ words, he said:

“I remember wrapping up the set, coming off the stage… There was Jimi in the shadows – off to the side with his arms folded, but he was grinning, and as I passed by, he grabbed me and said, ‘I like you. You’ve got a lot of nerve!'”

It can be said that Hendrix was right about Gibbons, considering that he’s now described as one of the most talented guitarists of all time. In addition, the ZZ Top icon has been keeping the little pink Stratocaster that Hendrix gave him as a present in a safe. For Gibbons, Hendrix was not only a rock star that influenced him but also a dear friend that he was devastated after losing him.

After the rocker’s death, both his fans and journalists started to dig out Hendrix’s words about the other guitarists. The main reason behind this search was probably an effort to find his successor; therefore, some famous musicians such as Albert King, Eric Clapton, and Rory Gallagher were uttered as the best. Along with them, others claimed that Hendrix implied that ZZ Top’s Billy Gibbons was the most talented.

Even though there were many rumors about Hendrix’s favorite guitarist, Gibbons unveiled that he remembered when Hendrix named him as his favorite after a reporter asked him about it. The guitarist reflected his feelings about Hendrix’s comment, saying that they had terrific memories together and would meet again one day. The ZZ Top guitarist’s reaction to being chosen by Hendrix was defined as emotional and humble.

“Hendrix said that you were his favorite guitarist.“

“I remember that. I’ve heard that for a long time ago. We were good friends. I still got some fond memories of our time together. I hope that someday we can just bring it out and let it come out. It’s still swirling around up there.”