What We Know About Falling In Reverse Singer Ronnie Radke

Ronnie Radke is a jack of all trades; he is a musician, rapper, producer, singer, and songwriter mainly known for his works with Falling In Reverse. Before his career with the band, Radke was the lead singer of a post-hardcore band named Escape The Fate. However, the musician was kicked out of the band in 2008 when he was sentenced to prison. After his release, Radke decided to continue making music and formed Falling In Reverse.

Falling In Reverse released a new EP in January 2022 titled ‘Neon Zombie.’ As for Ronnie Radke, he didn’t work on any projects or music efforts as a solo musician since his 2014 rap mixtape ‘Watch Me.’ Recently, Ronnie made headlines with his remarks about former Skid Row singer Sebastian Bach. However, this wasn’t the first time Radke’s name was associated with controversy. Let’s learn more about Ronnie Radke’s musical career and legal battles. Born on December 15, 1983, Ronnie Radke learned to play piano and guitar at a young age. He started by playing Blink-182 songs and forming several bands while attending high school. Radke then left home and started living with his friend and 3.0 bandmate Mitch. After his second band Lefty, the singer met and became friends with Almost Heroes’ Max Green. Together, they formed the band True Story and recorded a demo.

In 2004, Bryan Money contacted Green and Radke, and they agreed to join Money to form a band. After Rober Ortiz and Omar Espinosa’s addition, Escape The Fate was formed. The band started to play in Las Vegas’ post-hardcore scene. They then won a radio contest judged by My Chemical Romance and signed with Epitaph Records. In May 2006, the band started recording the EP ‘There’s No Sympathy For The Dead’ and some songs from their debut, ‘Dying Is Your Latest Fashion.’

Radke was sentenced to two and a half years in prison in 2008, and Escape The Fate decided to kick him out. Craig Mabbitt then joined the band as his replacement. In the following years, a feud between Radke and Mabbitt began. During his time in prison, the musician wrote the first material for Falling In Reverse. He was released in December 2010 and started recording. The same year, Falling In Reverse released their first single ‘Raised By Wolves’ and the debut album ‘The Drug In Me Is You.’

Falling In Reverse has released four studio albums, two extended plays, one demo album, and thirty singles. Their first albums reached the top 20 in the States, while all four saw the top 40. In 2020, they released their first chart-topping hit, ‘Popular Monster.’ Apart from his work with the band, Radke also made solo music efforts. So far, the musician has released the songs ‘Fair-Weather Fans,’ ‘What Up Earth?,’ and the rap mixtape ‘Watch Me.’

The Legal Issues And Controversies Ronnie Radke Was Involved In 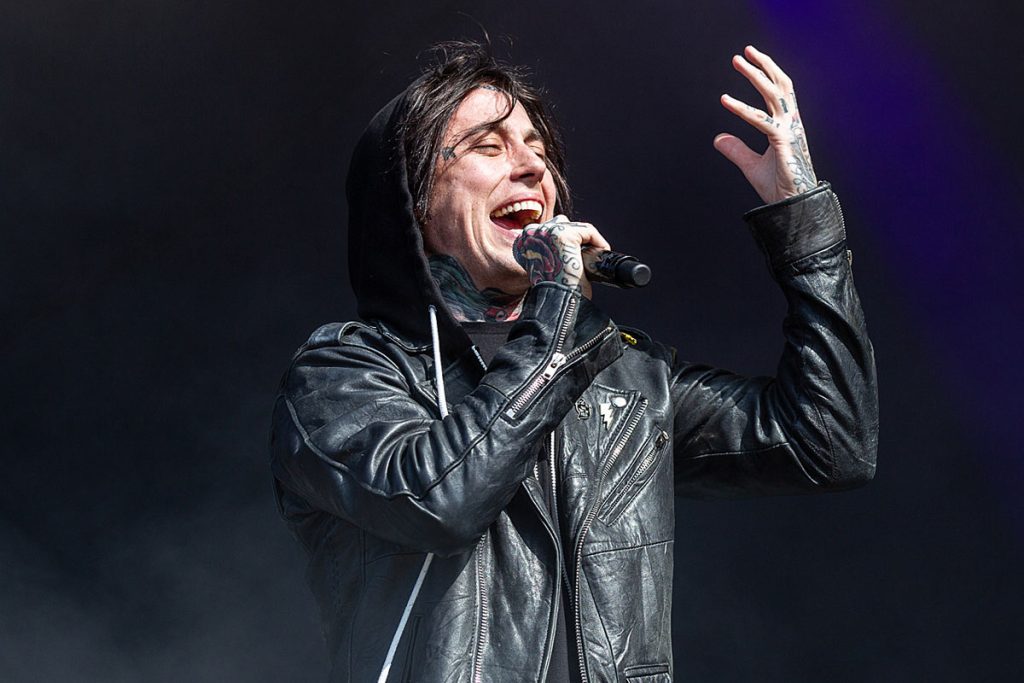 On May 6, 2006, Ronnie Radke met with singer/songwriter Marcel Colquitt near Shadow Ridge High School for a fight. Each brought their friends for support, and Chase Rader, who was on Radke’s side, shot 18-year-old Michael Allen Cook three times and killed him while injuring Colquitt’s brother. Although Rader was arrested and charged with murder, he wasn’t prosecuted because his act was considered self-defense. Instead, the 22-year-old Radke and Colquitt were criminally charged for their involvement.

Marcel Colquitt took his own life before the trial, and Radke pleaded guilty to battery with substantial bodily harm on January 18, 2008. He was ordered to be placed on probation for five years and pay $92,372 for the medical bills of Marcel’s brother Michael. However, the singer had to serve two and a half years in prison because he violated the terms of his probation. Escape The Fate then fired him and hired Craig Mabbitt to replace him.

During their live shows, Escape The Fate targeted Ronnie Radke and made insulting remarks about him. Upon noticing this, Radke responded to his former bandmates with harsh comments on social media. Mabbitt then started dating Radke’s ex-girlfriend, causing the tensions to rise. However, Escape The Fate and Falling In Reverse buried the hatchet in 2014 by co-headlining the Bury The Hatchet tour.

On May 1, 2012, the Falling In Reverse frontman was accused of striking his ex-girlfriend Sally and was arrested on August 6 after failing to make any appearance at court hearings. Radke was released on $30,000 bail. The same year, the musician injured a 16-year-old girl and a 24-year-old man by throwing microphone stands into the audience at the end of a Falling In Reverse show. Radke was then charged with simple and aggravated assault and released on $25,000 bail. On June 10, 2015, the musician was also accused of sexual assault by a 25-year-old woman, but the police found no evidence, and Radke filed a lawsuit for defamation.

Ronnie Radke wrote a diss track titled ‘I Wash Cars’ to attack Sumerian Records’ Ash Avildsen, Lorenzo ‘The Main Event’ Antonucci, and I See Stars. Afterward, Ash and Lorenzo also released a diss track to attack Ronnie, titled ‘When Ronnie Met Sally.’ This feud has also been resolved, and the musician is now on good terms with the artists. However, Ronnie is currently in a dispute with Sebastian Bach, who he accused of using tracks during live shows to prove it’s normal in today’s world. The feud started when Eddie Trunk made fun of Ronnie and his band after they canceled their shows due to losing their laptops.