Many influential musicians have made their names by giving their all to their performances throughout their careers. Some artists’ on-stage personas stuck with the public even after their passing as they gave unique shows featuring a particular quirk. That’s why whenever new-generation musicians resemble some icons’ performances, it immediately makes headlines as an imitation. However, avoiding the legacy of names that profoundly influenced the rock scene is almost impossible.

Rather than accusing new acts of imitation, using the term deriving inspiration might be a better fit. Greta Van Fleet’s Josh Kiszka has been targeted several times for sounding like Robert Plant. Although the frontman has admitted Led Zeppelin’s influence on the band, he revealed in another interview that he was inspired by two other prominent names in the rock scene, who were particularly famed for their unmatched stage performances. 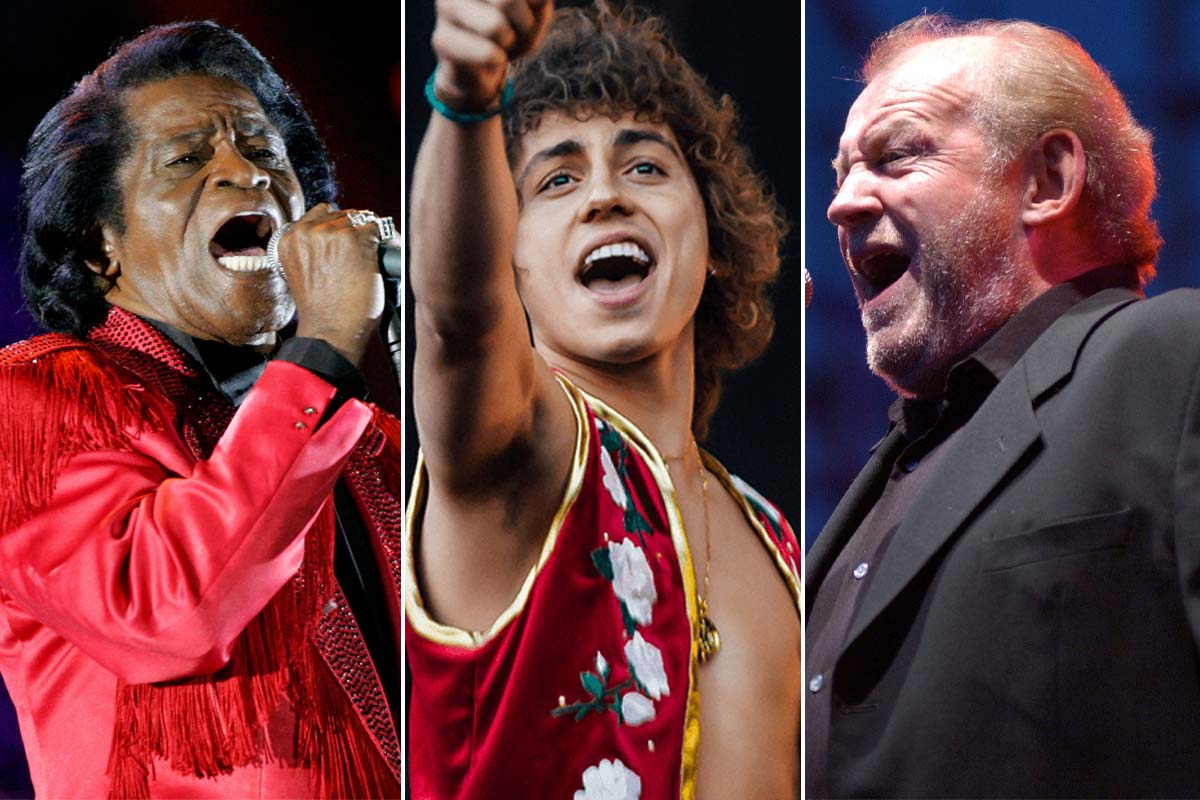 The brothers Jake and Sam grew up in a small Michigan town, within a family interested in music. Since they were passionate about pursuing a music career, the duo gave all their time and attention to their band Greta Van Fleet, and with their first EP, the band was ready to make their name in the industry.

Josh Kiszka mentioned to Billboard in 2017 that their father was a bass player, and thus, they had a vast collection of records that allowed him to listen to and take inspiration from many artists. He recalled, “We had these little record players, and we would slow them down and speed them up, and I was listening to people like Wilson Pickett, Joe Cocker, Sam & Dave, but we also listened to all kinds of other stuff, like John Denver.”

Kiszka’s infatuation with different musicians didn’t end there, as he also credited James Brown as one of the main inspirations of his performance style while speaking to Digital Journal in 2021. He said, “Musically speaking, I loved Aretha Franklin, and I liked James Brown and many of the soul bands such as Wilson Pickett and Sam & Dave. Some of that music really stood out to me.”

The frontman dabbled in music from all over the world. However, while talking about the musicians that shaped him and his performing abilities during a conversation with Two Doods Reviews, the vocalist gave two names that he believed stood out more than others.

“I liked when Joe Cocker was on stage,” he recalled. “That was cool; the way he moved and James Brown the way he moved. That came subconsciously; the voice though I think it was the best I could use my voice to get the power out of it, was that way, and as a result, it just sounded that way.”

Although Greta Van Fleet has been commonly criticized for sounding similar to Led Zeppelin, the frontman apparently derived inspiration mostly from James Brown and Joe Cocker. However, these names also probably impacted Led Zeppelin since Cocker was Jimmy Page’s friend and the band paid tribute to James Brown in their song named ‘The Crunge.’ Thus, it shouldn’t be surprising that GVF reminds many of Zeppelin.