The True Story Of Metallica’s Grammy Duet With Lady Gaga

Metallica, one of the greatest bands of all-time, has always been known for being an all-time rock and roll band since all of the band members have previously worked with rock and metal bands and they rarely had projects with pop-related musicians in their career that spans over 4 decades.

A pop icon, Lady Gaga, on the other hand, has always pushed the limits when it comes to jumping from one music genre to another due to the fact that despite starting out as a pop musician, she always worked with the best musician from different music genres throughout her career such as creating an album with Tony Bennett back in 2014 named ‘Cheek to Cheek.’

Despite having one marvelous musician who is at the top of her career and capable of performing pretty much every genre, there would not be even one Metallica fan who would have imagined a performance including the legendary band and Lady Gaga herself on the same stage.

However, the unexpected happened on February 12, 2017, at the 59th Annual Grammy Awards when Lady Gaga and Metallica performed ‘Moth into Flame’ from the band’s tenth studio album, ‘Hardwired… to Self-Destruct.’ While the announcement of the performance created a huge expectation and fans were excited to see the two icons on the same stage, the actual performance was quite a disappointment. 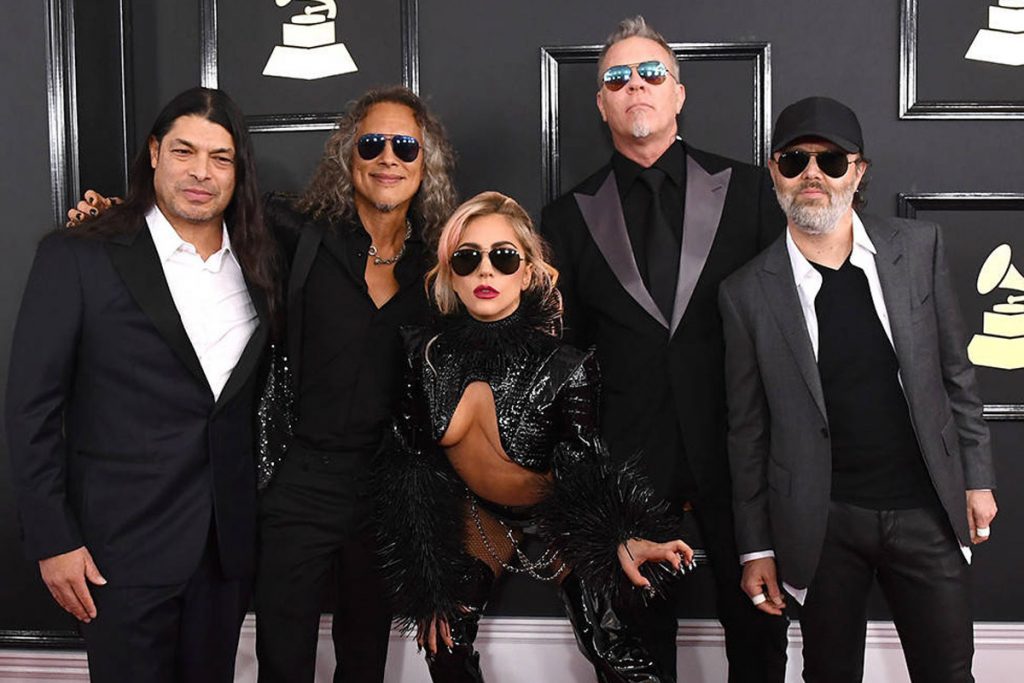 Metallica & Lady Gaga Rehearsal Prior to Grammys Raised The Expectations

After fans found out that two iconic music acts in their own fields are coming together to perform a recently released song from Metallica’s latest album, ‘Moth into Flame,‘ every bit of information before the actual performance was gold for the fans. That’s why the pre-grammy rehearsal video was sensational in which the duo planned the performance.

Apparently, both band members and Lady Gaga found great chemistry between them as the things were working out pretty great during rehearsals. The decisions were made mutually while they all were having fun performing the song and loving the final product.

Quite frankly, fans also were thrilled to see them working so well together as they sounded amazing while combining their own sound into the music. Therefore, the expectations were up high after seeing the rehearsal performance and fans could not wait to hear them at the Grammys.

While fans already had high expectations about the upcoming performance thanks to the first rehearsal video in which the duo proved themselves as a great pair musically thanks to the unexpected chemistry. The following video in which Lady Gaga and Metallica had a rehearsal on stage just as it were the actual performance satisfied the expectations.

The flame throwers, fans on stage, Metallica members performing, and Lady Gaga jumping around the stage thus bringing up the energy to ‘Moth into Flame’ during the dressed performance were everything the fans ever wanted once they saw the first video.

Grammy Performance Was An Epic Fail

While everybody was waiting for the actual performance at the 59th Annual Grammy Awards on February 12, 2017, after seeing the high energetic performance during the rehearsals, the ultimate outcome was far away from the previous videos thanks to a forgetful tech guy and a disrespectful presenter.

Right from the start, the person who literary had one job, to announce the names of the performers, somehow managed to forget announcing Metallica as the performer and only announced Lady Gaga which must have thrown the band members off even before start performing.

On top of not hearing their names before starting, right when the legendary frontman James Hetfield started singing it was found out that his microphone was off. The biggest mistake a tech guy can ever do is to leave the microphone off while there is one of the greatest frontmen in the world.

During the whole performance, Lady Gaga and Metallica frontman had to share the same microphone which was a disaster and James Hetfield looked extremely furious while performing as they all prepared themselves and ended up looking unprofessional and disappointed the fans.

Regardless, the show went on thus they finished the performance and that’s when James Hetfield showed his rage by kicking the microphone away and throwing his guitar to a tech guy which was even an understated reaction after having an off microphone for the whole performance at the Grammys.

Nevertheless, many fans still take the dressed rehearsal into consideration and it’s the way how it should have sounded in the first place according to Metallica members as they shared that version on their official website and that’s the one that fans had always loved.