The Time Michael Stipe Tried To Save Kurt Cobain’s Life

R.E.M.’s lead singer and lyricist, Michael Stipe, has an impressive music career that spans over more than four decades, during which he gained fame with the mumbling singing style and poetic lyrics. As a distinctive vocalist, he has influenced several artists with his music, including late Nirvana singer Kurt Cobain.

Stipe did not only inspire Cobain, but he was also a close of the late musician when off stage. They were so close that the R.E.M frontman was the godfather of Kurt and Courtney Love’s daughter, Frances Bean Cobain. In fact, Stipe even tried to save the Nirvana singer before his tragic passing by proposing a collaboration since he deeply cared for his fellow musician.

Kurt Cobain Tragically Died At The Age Of 27

Nearly everybody knew Kurt Cobain struggled with heroin addiction and depression, especially during the last years of his life. On top of these, the singer also openly revealed that he didn’t like the personal and professional pressures he felt under following Nirvana’s rapid success.

Unfortunately, the rocker first committed suicide in March 1994 when he overdosed on a combination of champagne and Rohypnol. He subsequently underwent a detox program to deal with his addictions and overcome his suicidal thoughts. However, it was too late for Cobain as he had apparently made up his mind.

The musician escaped from rehab and flew back to his home in Seattle, where he was found dead at the age of 27, on April 8, 1994. It was later revealed that Cobain passed away on April 5 from a self-inflicted shotgun wound to the head, and a suicide note was found in the scene, penned to the rocker’s childhood imaginary friend Boddah.

Michael Stipe Tried To Save Kurt Cobain With Music 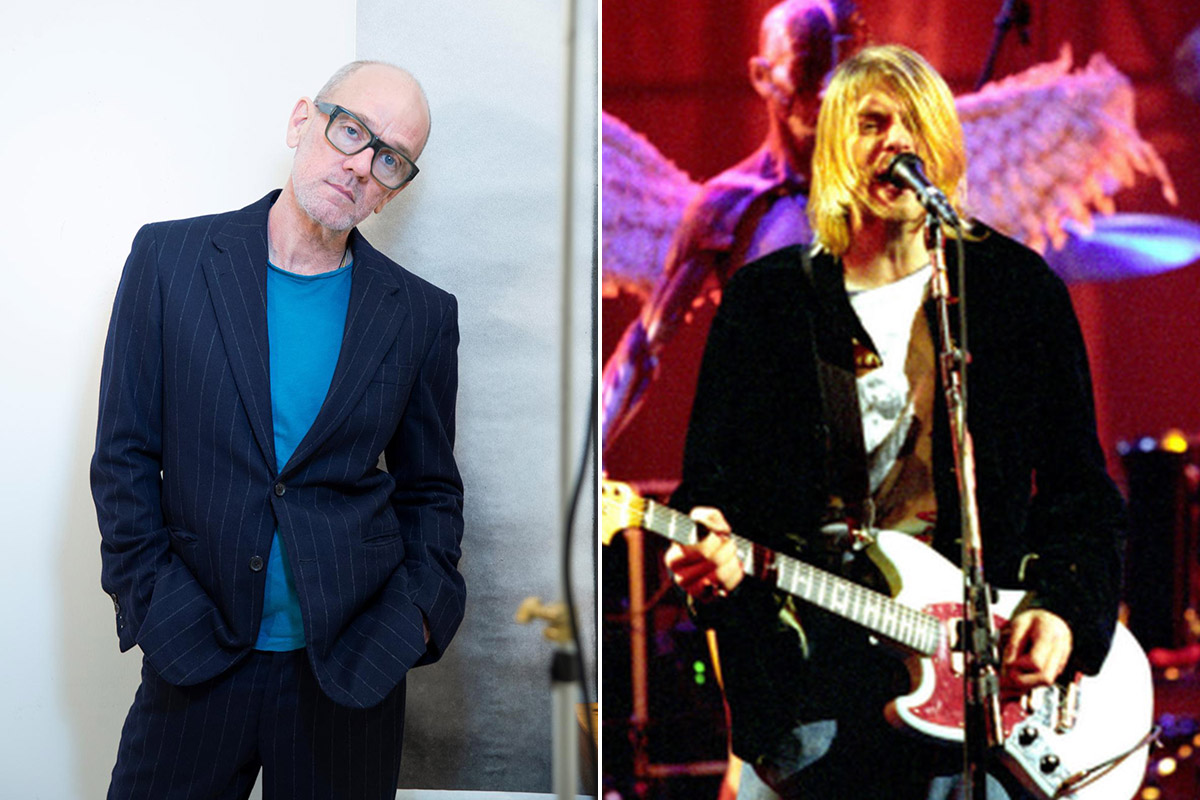 Kurt Cobain’s ending wasn’t entirely unexpected to his friends, which is why his wife Courtney tried multiple times to get him into rehab. Much like Love, Michael Stipe wanted to do everything he could to save his friend from his demons before it was too late.

In an attempt to distract Cobain from his drug addiction and suicidal thoughts, Stipe came up with a plan to lure the singer into a collaboration. In a 2011 interview, the rocker opened up about this idea and said that his collaboration offer was an excuse for him to talk to the Nirvana singer since he was in a bad mental state at the time.

In the interview, the R.E.M. vocalist said:

“I was doing that to try to save his life. The collaboration was me calling up as an excuse to reach out to this guy. He was in a really bad place. I knew him and his daughter. And Courtney came and stayed at my house.

R.E.M. worked on two records in Seattle and Peter Buck lived next door to Kurt and Courtney. So we all knew each other. I reached out to him with that project in an attempt to prevent what was going to happen.”

Michael Stipe later stated that he even sent Kurt Cobain a plane ticket and a driver to convince him to work on the project. Furthermore, the rocker tried to reach out to the Nirvana frontman by calling him multiple times, but there wasn’t anyone on the other side of the line.

Regarding his failure, Stipe said:

“I simply constructed a project to try to snap Kurt out of a frame of mind. I sent him a plane ticket and a driver, and he tacked the plane ticket to the wall in the bedroom, and the driver sat outside the house for 10 hours. Kurt wouldn’t come out and wouldn’t answer the phone.”

Since there wasn’t anything left to do following the passing of his friend, Michael Stipe recorded a song with his band named ‘Let Me In‘ from their 1994 album ‘Monster’ as a tribute to Kurt Cobain.

You can listen to ‘Let Me In’ below.