Whenever two or more artists decide to co-headline a tour, it’s almost inevitable for them to have a disagreement mostly over their egos. Although fans love seeing successful rockers perform together while being free from their self-centered attitudes, many co-headlining tours ended up turning into disasters and some even cut short due to unsolved issues.

When Marilyn Manson is added to the equation, fans know that the shows cannot go smoothly. This is because he has a reputation for not getting along with his own band members, let alone working with a whole other band. Nevertheless, Manson’s band and Rob Zombie’s band decided to hit the road together back in 2012.

Unsurprisingly, the drama took place between two frontmen. They fought over their time on stage and thrown unpleasant words at each other as a result of their temper. Let’s take a look at the time when the ‘Tainted Love’ singer publicly threatened the ‘Living Dead Girl’ vocalist, and how they both acted following this scandalous moment. 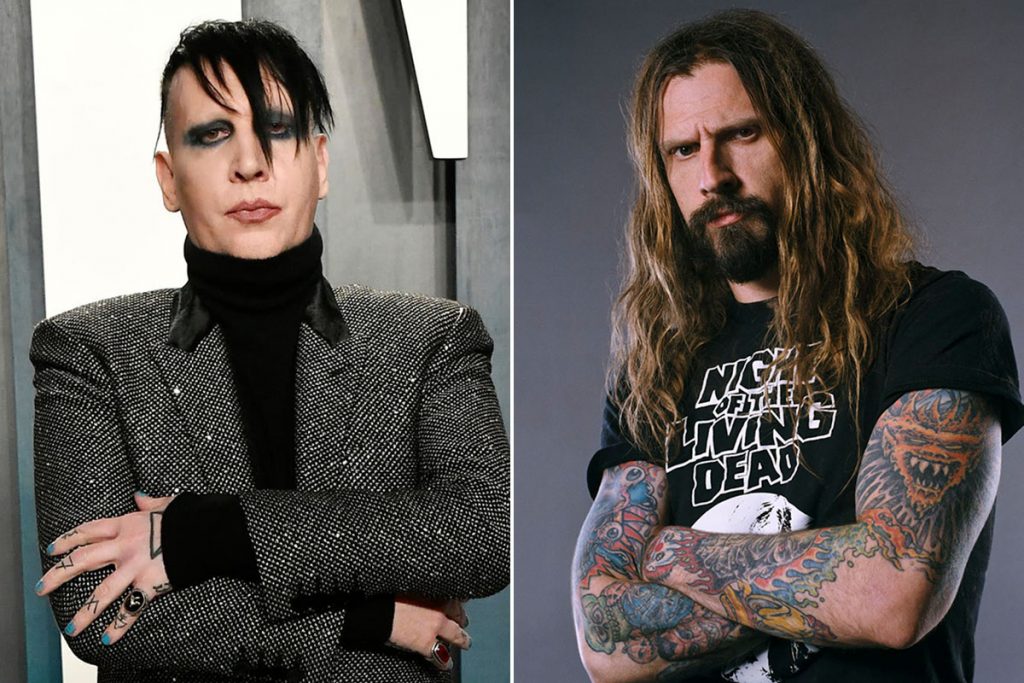 Rob Zombie and Marilyn Manson first co-headlined the ‘Twins of Evil Tour’ back in 2012 to support each other’s studio albums, ‘Hellbilly Deluxe 2’ and ‘Born Villain.’ The tour lasted from September 28, 2012, through December 12, 2012, and the duo visited countless stadiums in both the United States and Europe.

The tour was highly popular as it brought two successful musicians together, but it also made the headlines within the rock community when the headlining bands had a publicized altercation only after nine shows. During the show on October 12, at the DTE Energy Music Theater in Clarkston, Marilyn Manson and Rob Zombie had a heated argument backstage and publicly hurled verbal assaults at each other.

According to some sources, the feud first started when Manson felt like his time on stage was interrupted by Zombie. So, that was the time when he started a verbal fight backstage. Furthermore, the musician allegedly threatened to ‘kick Rob Zombie’s ass.’ Zombie then said his co-headlining musician didn’t do anything he supposedly intended to do later in the night while pointing to his ass.

Here is what Rob Zombie said that night:

“Take a look at this. Does it look like it’s been kicked by anybody? We’ve toured with everybody: Pantera, Danzig, Megadeth, Testament, Slayer… you name it. It’s always been fucking great, but some tours do not fucking go together. Some people are just so full of shit, it drives you fucking crazy.”

Despite the quarrel, both frontmen ended the tour successfully, but what happened next? It might surprise you to find out things took a turn unlike many other fights between musicians. Let’s find out the details of their relationship in the following years. During an interview with Loudwire, Rob Zombie opened up about the incident six years after he toured with Marilyn Manson. Apparently, the duo considered their tour to be successful, and regardless of their personal issues, they wanted to tour once again. Furthermore, the frontman said that they buried the hatchet by the time their fight hit the news. It is no doubt that Zombie’s statement was quite surprising to hear. Being two professional musicians, it seems like both Marilyn Manson and Rob Zombie moved on from their conflict almost immediately.

During the interview, Zombie said:

By the end of the tour, it was great. Here’s where I use my catchphrase. By the time the incident was news to the public, it was already old news to us. We stopped caring about anything that happened five years ago. There’s no negative anything.”

Following their 2012 tour, both Manson and Zombie privately made amends, and their collaboration became a critically and commercially successful touring franchise. Moreover, their tour spawned two sequels in the following years, the first being 2018’s ‘Twins of Evil: The Second Coming Tour‘ and the second being 2019’s ‘Twins of Evil: Hell Never Dies Tour.‘ Both of these tours turned out to be commercially successful.