As many of you know, it is not unusual for a musician to be creatively inspired by another musician or band. However, this ‘influence’ sometimes turns into ‘ripping off’ or stealing, and it even instigates long-lasting feuds between musicians. Many musicians have targeted and accused each other of stealing or copying their songs.

Sometimes, fans have also noticed the resemblances between songs and then brought this issue forward. As it appears, Red Hot Chili Peppers were also targeted with such accusations. Let’s learn the song RHCP admitted copying from Jimi Hendrix. 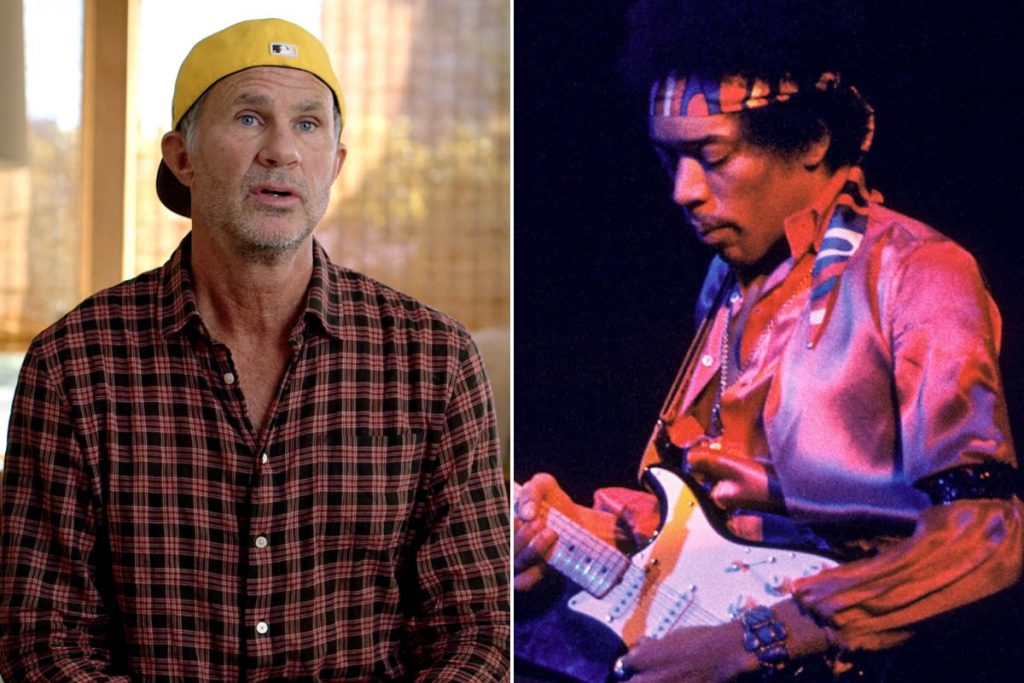 Back in 1991, Red Hot Chili Peppers released their 1991 album ‘Blood Sugar Sex Magik.’ ‘Breaking The Girl’ was the fourth single of the album, released in 1992 and produced by Rick Rubin. On the other hand, Jimi Hendrix Experience’s ‘Manic Depression’ was released in 1967, and it is among Hendrix’s most popular songs.

As Hendrix is one of the most influential musicians in music history, it is no surprise that he also influenced Red Hot Chili Peppers. However, according to Chad Smith, this influence turned into stealing in this case.

In an interview with Rock 105.3 Radio, the interviewer told Chad Smith that the drum part in ‘Breaking The Girl’ is quite similar to Led Zeppelin’s ‘Dazed And Confused.’ Smith made an honest confession by saying that he stole that part from ‘Manic Depression’ and Hendrix’s drummer Mitch Mitchell.

This is what Chad Smith told the interviewer who said ‘Breaking The Girl’s drum parts resemble ‘Dazed And Confused’s:

“I have to correct you. I get what you’re saying. We were sitting on a couch with Rick Rubin [during the making of the song]. He had a bunch of old bootlegs, and they were so great, and we were watching Zeppelin.

But ‘Breaking the Girl’—the drums on that I stole that from ‘Manic Depression’ and Mitch Mitchell. Does that make sense? However, that’s not to say that John Bonham and Led Zeppelin’s music wasn’t a huge influence to this day.”

You can compare the drum parts of ‘Breaking The Girl’ and ‘Manic Depression’ by checking them out below.