The new generation of music listeners has something in common, falling head over heels for Billie Eilish. From the moment her debut song ‘Ocean Eyes’ came out in 2015, the young musician started to take off and it’s fair to say that she hasn’t slowed down yet. According to many music critics and fans, Eilish is one of the most successful artists of this decade and she has every accomplishment to live up to that title.

After her debut EP, ‘Don’t Smile at Me‘ was released on August 11, 2017, when Billie Eilish was only 16 years old, it became an instant hit and reached the top 15 in the United States, United Kingdom, and Canada. Proving that she’s coming to conquer the music industry, the young musician released her debut studio album, ‘When We All Fall Asleep, Where Do We Go?’ and boom, the road of endless success started.

Eilish’s debut record topped the US Billboard 200, reached number one in the UK, and became one of the best-selling albums of 2019. The album has a number of tracks including ‘Bad Guy’ which was all over the radio and became number one on the Billboard Hot 100. The list of her awards would most likely take pages as she won seven Grammy Awards, two AMAs, two Guinness World Records, and many more.

Oftentimes when a pop musician gained this amount of recognition and achievements, the mistakes in their personal life come along such as controversial statements during interviews. Despite being at such a young age, Billie Eilish managed to impress her fans with her mature personality in every aspect and dodged such mistakes. There’s also an undeniable connection to her fans and her generation since she represented her experiences through her music. Therefore, unlike many other pop musicians, Billie managed to be liked, listened to, and applauded by countless rock stars. Today, we’re here to take a look into a few of those rockers to see why they’re into Eilish. 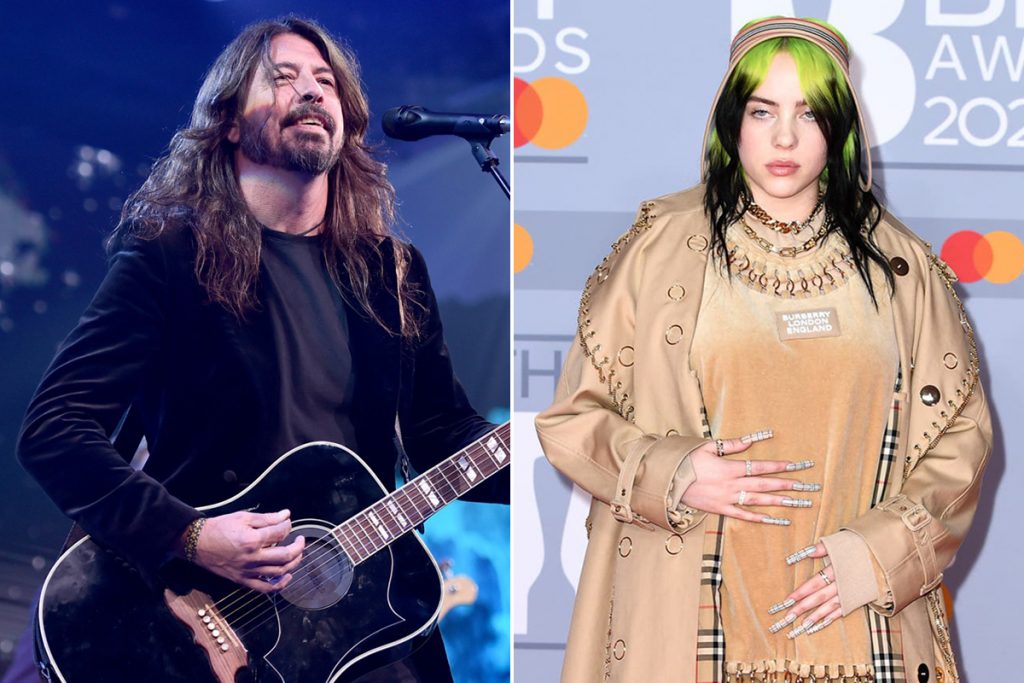 The title may surprise you, however, it’s true that former Nirvana drummer Dave Grohl once said during an interview that her connection with the audience and her generation reminded Grohl of Nirvana. After seeing the young musician at her concert with his daughters, Grohl found Billie Eilish unbelievable as her music is the reason why so many young people, including his daughters, find themselves.

In addition to this, Dave Grohl stated that it’s impossible to define Billie Eilish’s music, however, since it’s so authentic he decided to call it rock and roll. According to the former Nirvana icon, Eilish is one of the reasons why rock and roll cannot be referred to as dead.

She totally connects to them. So we went to go see her play at the Wiltern, and the connection that she has with her audience is the same thing that was happening with Nirvana in 1991. The people in the audience knew every word. And it was like our little secret. So I don’t know… and her music is hard to define! I don’t know what you call it! I try to describe her to people and I don’t know… I don’t even know what to call it. But it’s authentic. And I would call that rock n roll.

So… I don’t care what sort of instruments you use to do it. When I look at someone like Billie Eilish, I’m like… shit man… rock n roll is not even close to being dead…”

After seeing Dave Grohl’s comment about her, Billie Eilish reacted to the bold claim of her being like Nirvana during an interview. Being incredibly surprised and overwhelmed by the statement, the young talent stated that she still listens to those bands such as Nirvana and as she grew up with rock music. 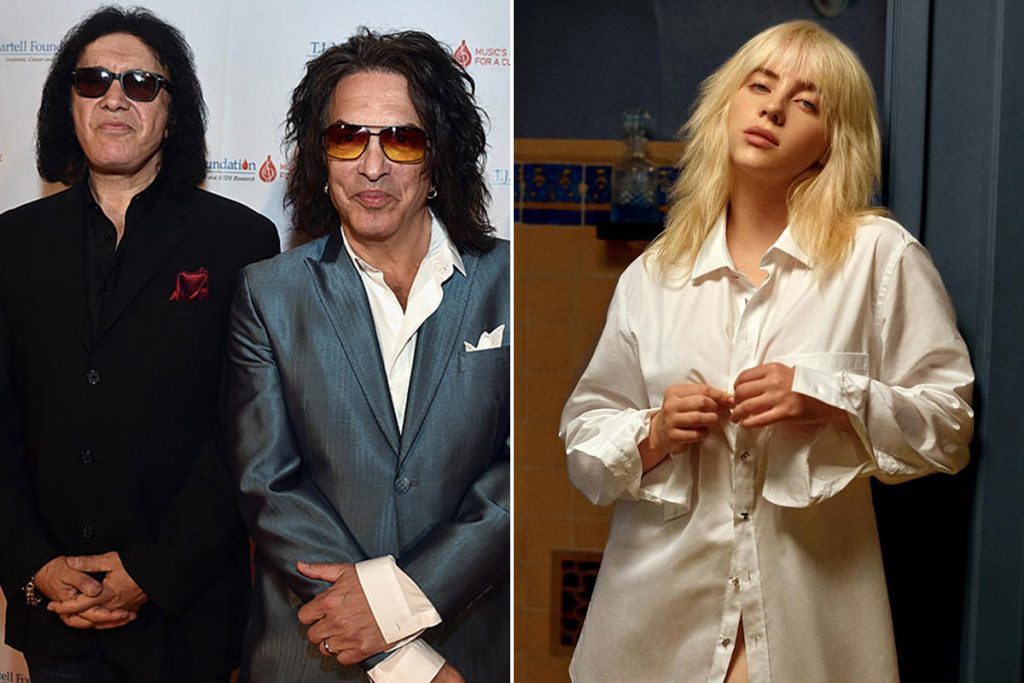 You heard it, KISS is a fan of Billie Eilish. When asked about the new musicians he has been listening to during an interview, KISS frontman Paul Stanley first came up with Billie. While revealing his admiration for the musician, Stanley stated that she makes great music, and her lyrics have meanings, unlike many other pop musicians.

“Yeah, they listen to a lot of music. I sometimes listen too just to see what they are listening to but I’ll tell you Billie Eilish. I mean that’s great music. I mean, when people go I only listen to one kind of music that’s like saying I only eat hamburgers. I mean, it’s like, ‘really? Do you only eat hamburgers? Your breakfast, lunch, and dinner, and dessert?’ So, I never understand that mentality. You know, the more you love the variety, the more exciting things are.”

In addition to Stanley, KISS bassist Gene Simmons also expressed his admiration for Billie Eilish, especially after watching her documentary, ‘Billie Eilish: The World’s a Little Blurry.‘ After seeing the film, Simmons took Twitter and stated that he fell in love with the film as well as Billie as she’s a unique and original artist.

“Have to say I was blown away by the Billie Eilish Docu. A unique and original artist. Her brother is a major talent, multi-instrumentalist, and producer. Catch the Docu. You will love Billie Eilish.”

Both Gene Simmons and Paul Stanley are officially a fan of Billie Eilish and their fans are thrilled to see their genuine support for the young musician as some rockers look down on pop artists despite their success. However, Eilish’s success and music shouldn’t be mentioned as if she’s another pop musician who topped the charts since she has been doing pretty much everything successfully in her own genre that defined the future of pop music.

Hayley Williams Applaud Billie Eilish For Her Song, ‘Your Power’ 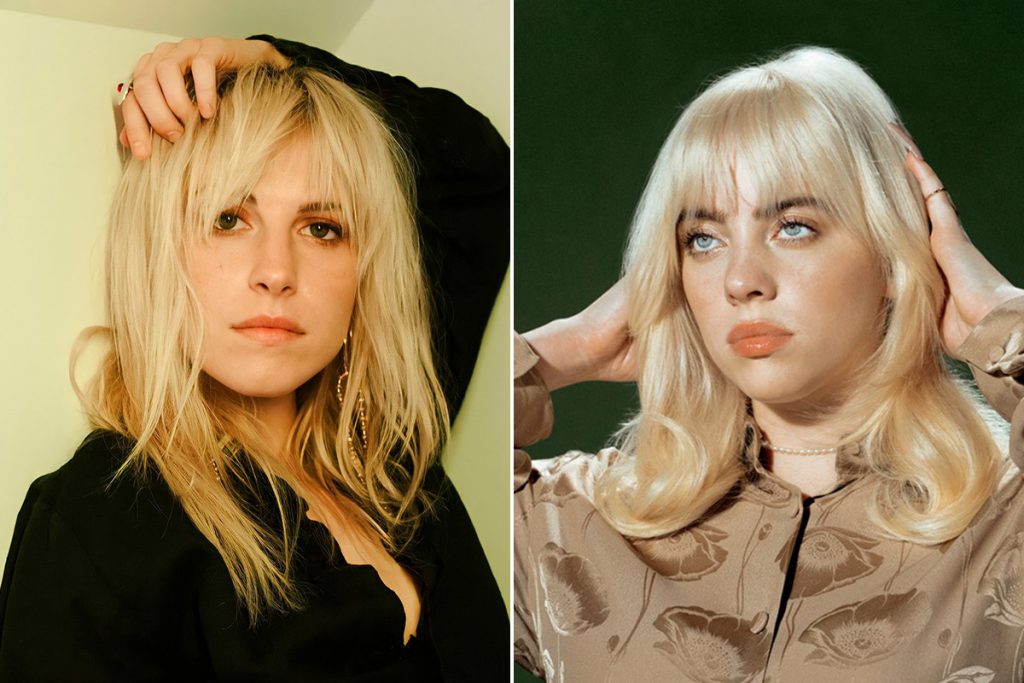 Just as Paul Stanley stated, nearly every Billie Eilish song has a deep meaning, especially ‘Your Power‘ which represented her brilliant responsibility for speaking up about important matters such as child grooming. After hearing the track, Paramore frontwomen couldn’t help herself from praising the lyrics and shared a post on her official Twitter page.

In her post, Hayley Williams stated that she wished to hear this song when she was at a young age since it carries a powerful message about the endless abuse, especially within the music industry. While praising her song, Williams also expressed her admiration for Billie Eilish, referring to her as a ‘young and brilliantly talented person.’

“I wish I’d heard Billie’s newest song when I was 19. A powerful message for a young and brilliantly talented young person to sing about the grooming that takes place every day especially within creative industries and she speaks on it with grace. Anyway, the song rules.”

You can see the interviews and Twitter posts below.

Have to say I was blown away by the Billie Eilish Docu. A unique and original artist. Her brother is a major talent, multi instrumentalist and producer. Catch the Docu. You will love Billie Eilish.

i wish i'd heard billie's newest song when i was 19. powerful message for a young and brilliantly talented young person to sing about the grooming that takes place every day especially within creative industries.
and she speaks on it with grace. anyway, the song rules.