Legendary rock stars often refrain from working with pop stars since there are only two outcomes; it is either a mistake, and their song turns out to be a disaster, or they create a monumental hybrid sound that leaves a mark in rock music history.

You may recall the time many rock fans praised Lady Gaga for her performance with Metallica as it was unexpectedly great. However, successful collaborations like this aren’t very often. Therefore, we’re here to take a look at another iconic infusion of rock and pop that may surprise you.

Let’s travel back in time to see how Guns N’ Roses guitarist Slash played a song with Rihanna many years ago. The music video, which might confuse you, features Riri dressed up as the guitarist himself. Following the song’s release, the GN’R icon had a thing or two to say about the memorable look in the video.

Slash And Rihanna Once Collaborated 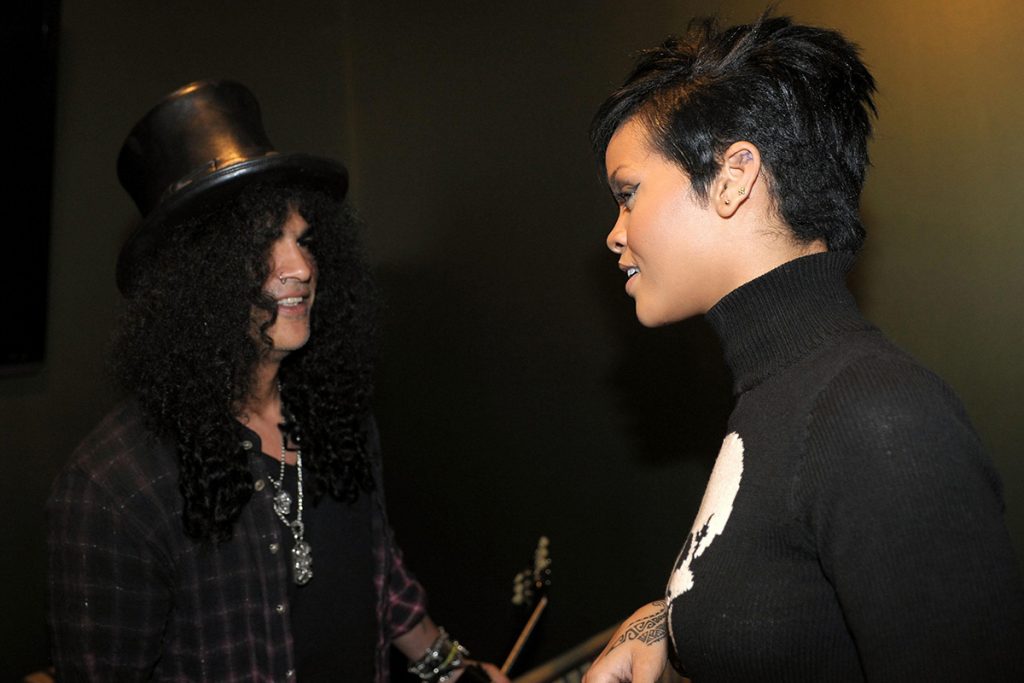 Rihanna released ‘Rockstar 101’ as the sixth and final single from her fourth studio album, ‘Rated R,’ on May 18, 2010. The song peaked at No. 64 on the United States Billboard Hot 100 chart and received mixed reviews from critics. While some praised the musician’s bravado attitude, others criticized the aggressive tone.

Regardless of the critics, it was the beginning of another era in Rihanna’s career, as she was leaning onto punk music. The song also has another significant aspect since it features a guitar performance by Slash. The GN’R guitarist contributed to the song with a guitar solo. 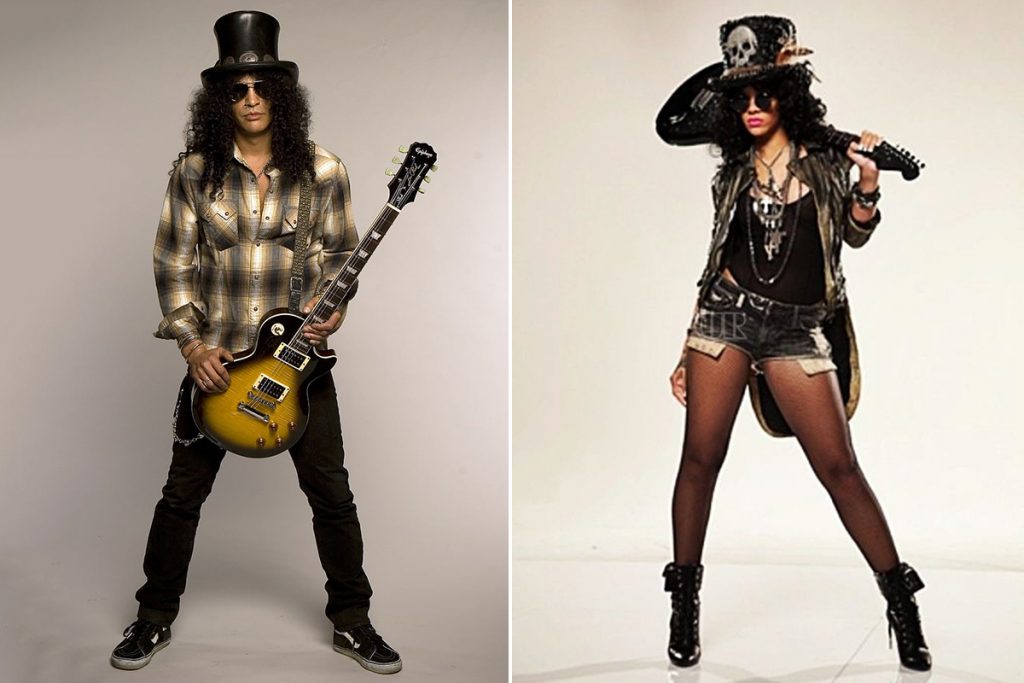 Although Slash is featured in the song, he does not appear in the music video. Instead, Rihanna paid homage to the guitarist by impersonating him with a look that resembles the iconic Slash outfit. The pop star was spotted wearing a skull-laden top hat, wig, leather jacket, dark glasses, and a toothpick.

In addition to this, the Barbadian singer can be seen strumming a guitar Slash’s style while wearing the legendary outfit and high heels. As Slash revealed during an interview with MTV, he was initially supposed to be in the video. However, he was incredibly busy focusing on his own album.

According to MTV, Slash said:

“I was supposed to actually be in that video. I played on the song, and they called me up to ask me to play in the video, but my record was just coming out, and I was sort of worn thin. She was really sweet. She sent me this pleading text to come do the video, but I couldn’t make it work. I told her that me not being in the video wasn’t going to make or break it.”

In that same interview, the Guns N’ Roses icon praised Rihanna by saying that the music video turned out to be better without him since the singer brought sexuality by embodying Slash. Furthermore, the guitarist said that seeing Rihanna as Slash is hotter than seeing the actual Slash.

In his own words, Slash stated:

“The video is way better with her being me than with me being me. All things considered, it brings an element of sexuality to it that I probably wouldn’t have been capable of.  I think it’s hot, and I sent her a text this morning telling her it was definitely hotter with her doing it than with me doing it.

Everything works out the way it’s supposed to. I’m way more flattered that she played me in the video than her asking me to be in it. All things considered, she’s pretty cool.”