Nearly every rock and roll enthusiastic knows David Gilmour as the guitarist and co-lead vocalist for one of the highest-selling and most acclaimed acts in music history, Pink Floyd. The outstanding musician is regarded as one of the greatest guitarists and vocalists of all time throughout his music career that spans over nearly an impressive six decades.

In addition to having the singer and guitarist duties, David Gilmour also started leading Pink Floyd following the departure of Roger Waters in 1985. During his leadership, the band released three more studio albums, ‘A Momentary Lapse of Reason,’ ‘The Division Bell,’ and the final record of the band, ‘The Endless River.’ After the release of their 14th studio album, Pink Floyd his the road for the last time, and their tour ended on October 29, 1994.

The final tour unofficially marked the ending of Pink Floyd, however, the band members surprisingly reunited for one special occasion years after. Due to the immense success of their performance as a whole band, members were offered a great deal of money, £150 Million, for a United States tour. David Gilmour, on the other hand, rejected the generous offer and called it quits for Pink Floyd. Let’s dig deeper into the story of how the musician declined such a lavish proposal.

Pink Floyd Reunited For The First Time In Decades 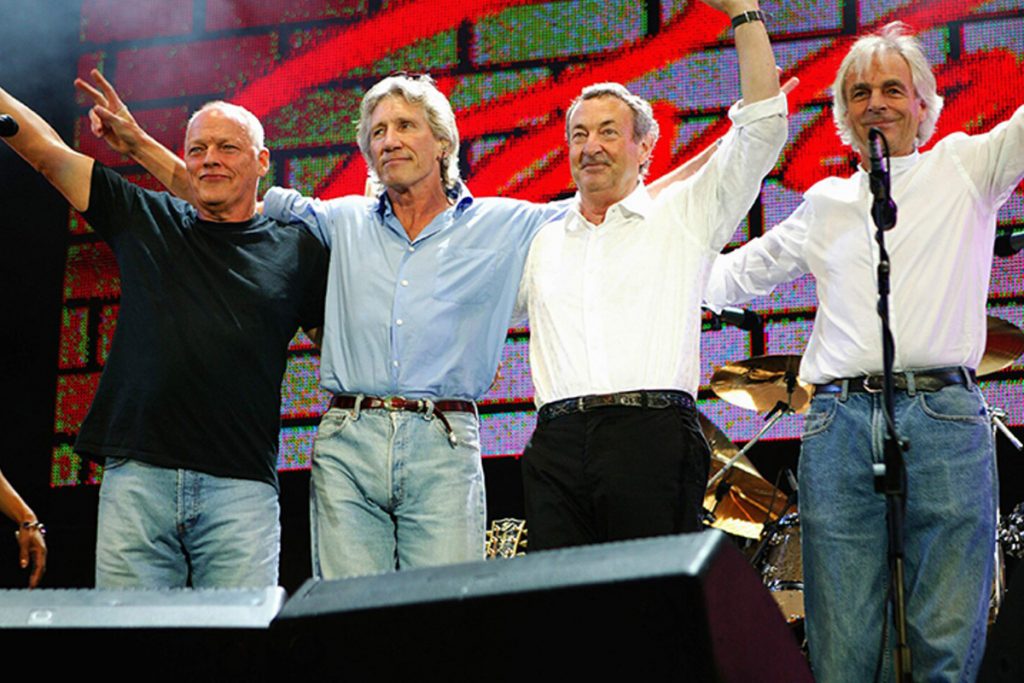 For the first time in more than 24 years, Roger Waters, David Gilmour, Nick Mason, and Richard Wright performed together as Pink Floyd on July 2, 2005, at the Live 8 concert in Hyde Park, London. The reunion was arranged after many efforts to convince Gilmour, luckily, Waters called his former bandmate which was their first conversation in two years, and the next day the musician agreed.

Despite all the chaos during three days of rehearsals mainly due to disagreements over the style and pace of the songs they were practicing, all Pink Floyd members buried the hatchet during their one-night performance for charity. The results were impeccable as it was a monumental moment for the band’s fans, especially after seeing all four members hugging each other on stage.

David Gilmour Turned Down £150 Million Offer For A US Tour

Following the temporary union’s success, Pink Floyd’s album, ‘Echoes: The Best of Pink Floyd’ sales increased and David Gilmour donated his profits to charities that reflect the goals of Live 8. Widely being recognized for his passion for charity, Gilmour advised all Live 8 artists to donate their extra revenue to Live 8 fundraising as well.

Realizing that a reunited Pink Floyd would sweep every venue and gather thousands of people in a minute, the band members were offered £150 million for a United States Tour including all members. Despite the fact that many fans would love to see the whole members of the band on stage once again and many musicians would agree with such a deal, it wasn’t the case with Gilmour.

David Gilmour actually turned down the offer to tour the United States for £150 million and revealed his reason nearly a year later during an interview with La Repubblica on February 3, 2006. According to the musician, the band would most likely never tour or write material again mainly because the band works are more than enough. While stating that his time with the band was amazing, it’s time for him to focus on working alone which is less complicated than having other people in a band.

During the interview, Gilmour stated:

“I think enough is enough. I am 60 years old. I don’t have the will to work as much anymore. Pink Floyd was an important part of my life, I have had a wonderful time, but it’s over. For me, it’s much less complicated to work alone.”

Since the band’s Live 8 appearance in 2005, Gilmour has repeatedly said that there will be no Pink Floyd reunion, especially after the passing of Wright in September 2008. Due to the fact that another reunion of the core band members became impossible, and felt wrong to other band members without Wright, all members eventually moved forward with their individual projects.

You can watch the Live 8 performance of Pink Floyd below.