Guns N’ Roses frontman Axl Rose has many aspects to his live shows, which aren’t related to his praised vocal performances. His actions during concerts usually end up with him being arrested, such as when he was replaced by a roadie because he got into trouble and couldn’t make it to the stage, or when he triggered a riot that left multiple people injured.

Regardless of his bad reputation as a rock star who often comes to shows late and pauses the performance, which hints to bandmates about what’s to come, Rose actually has another behavior during shows many fans have found peculiar. Let’s find out what makes the GN’R singer’s fans wonder and the reason behind his unexpected action. 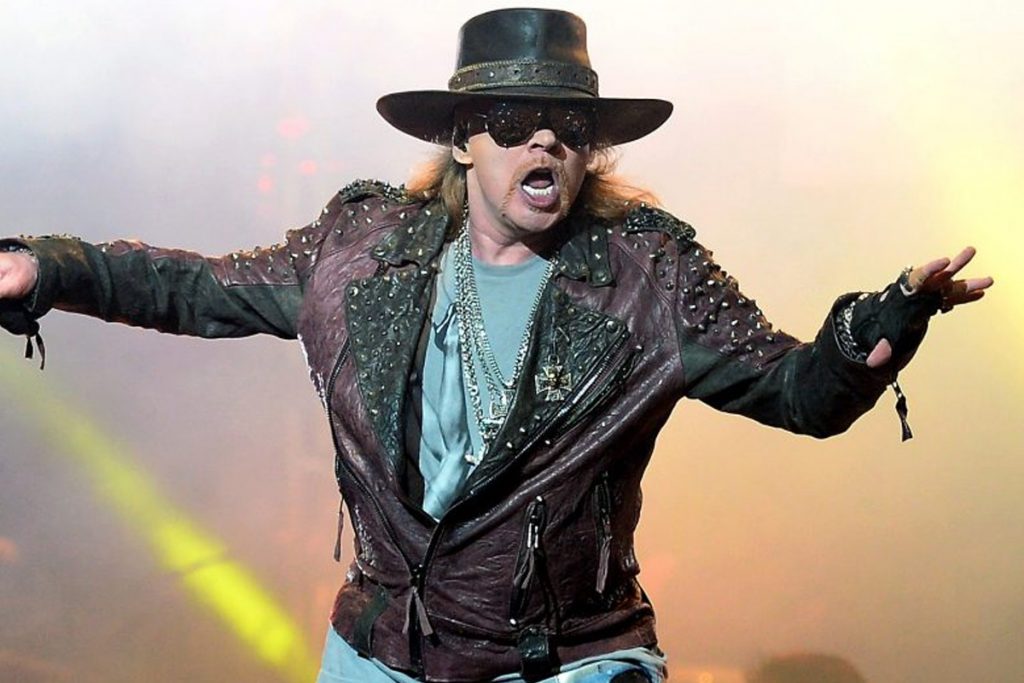 For those of you who may not know, one of the things Axl Rose does on stage is to run backstage as soon as it’s guitar solo time. In fact, many fans have discussed this habit on numerous platforms and tried to understand the reason behind Rose’s need to basically disappear from the stage once his guitar player starts performing. Fortunately, a fan asked Axl Rose about his reason during an appearance on Late Night with Jimmy Kimmel.

When Kimmel asked the Guns N’ Roses frontman why he’s constantly spotted escaping backstage during shows, the musician gave an answer many didn’t predict. Apparently, the musician doesn’t particularly enjoy standing on stage during guitar solos because he feels like an idiot, just standing there and doing nothing. His solution to this problem is to go backstage and change clothes if he has to and take care of other aspects, such as double-checking the next song.

When asked about his reason to run backstage, Rose said:

“Well, I don’t like to stand out there during the solos. I feel like an idiot just standing over the side. So there’s that. I change clothes, and anything that needs to be taken care of, figure out what we’re doing with the next song.”