Guns N’ Roses lead singer Axl Rose and controversial moments basically go hand in hand. The rocker has so many crazy moments in his music career that, it’s almost impossible to keep track of the incidents that gave him his reputation of being one of the craziest rock stars of all time.

From having feuds with nearly every other rocker including Kurt Cobain, Slash, Jon Bon Jovi, and many more to biting a security’s leg at a hotel lobby, Rose seems to be dedicated to being quite the troublemaker as his list of disputes and unbelievable incidents are endless.

In fact, we’re here to break down another story in which the rocker lived up to his reputation as a notorious mischievous musician. Let’s take a look at the time the GNR frontman jumped off the stage and punched three police officers in a row during which his vocal duties on stage were taken over by a roadie. 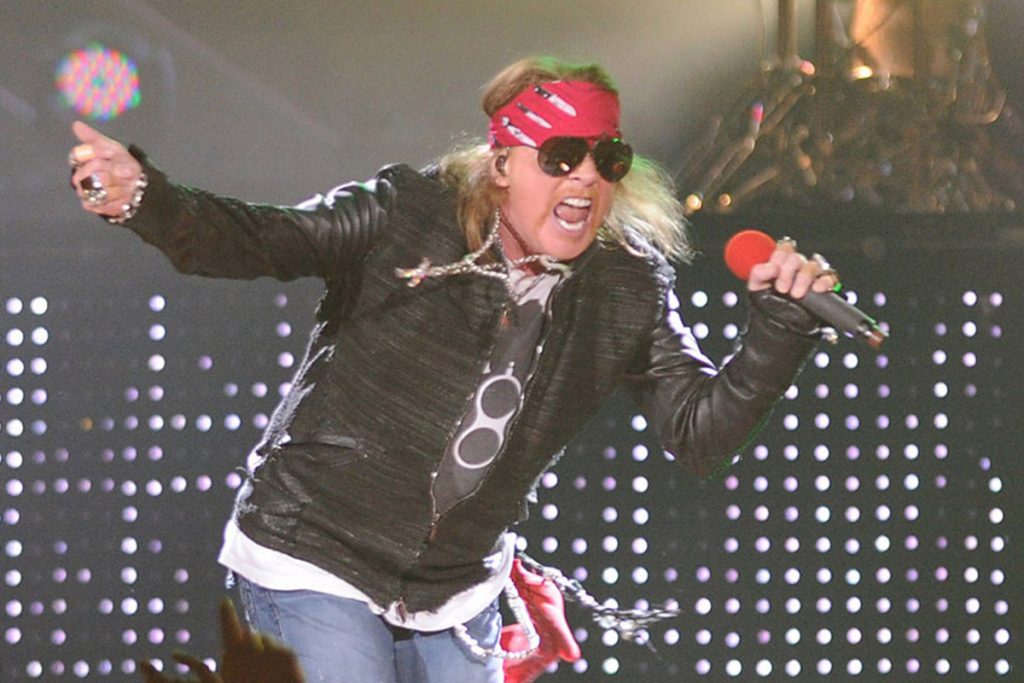 Meanwhile, a roadie named Big Ron got his opportunity to shine on stage with Guns N’ Roses as he took over lead vocals while Rose was being arrested and dragged off. Fortunately, the concert promoter was at the scene and convinced security to let Axl go as long as he apologized.

Although Rose initially signed a written apology, he lived up to his reputation as a crazy rock star as he suddenly changed his mind and told one of the cops to ‘f*ck off.’ In the middle of the chaos, Big Ron kept on singing the band’s classic tracks on stage including ‘Communication Breakdown’ and ‘Honky Tonk Women’ accompanied by several long guitar and drum solos.

Since it was certain Axl Rose was going to jail, the show was called off. Luckily, the musician avoided trial by pleading guilty to assault and paying a fine. While Guns N’ Roses would not return to Atlanta until 2006, it was Big Ron who got the best benefit out of this unfortunate incident.