There are a lot of unforgettable stories from the rock world that have remained urban legends, but there is one in specific that to this day, is still an unsolved mystery. Princess Diana was already one of the most popular figures of the ’80s and her close relationship with rockstars such as Elton John and Freddie Mercury increased her popularity amongst rock fans.

Although she was known to be the rebel within the royal family, the extent of her passion for thrill and life was revealed in 2013 by her friend, the famous comedy actress and writer Cleo Rocos who starred alongside Kenny Everett on The Kenny Everett Television Show.

Did Freddie Mercury And Princess Diana Have A Night Out? 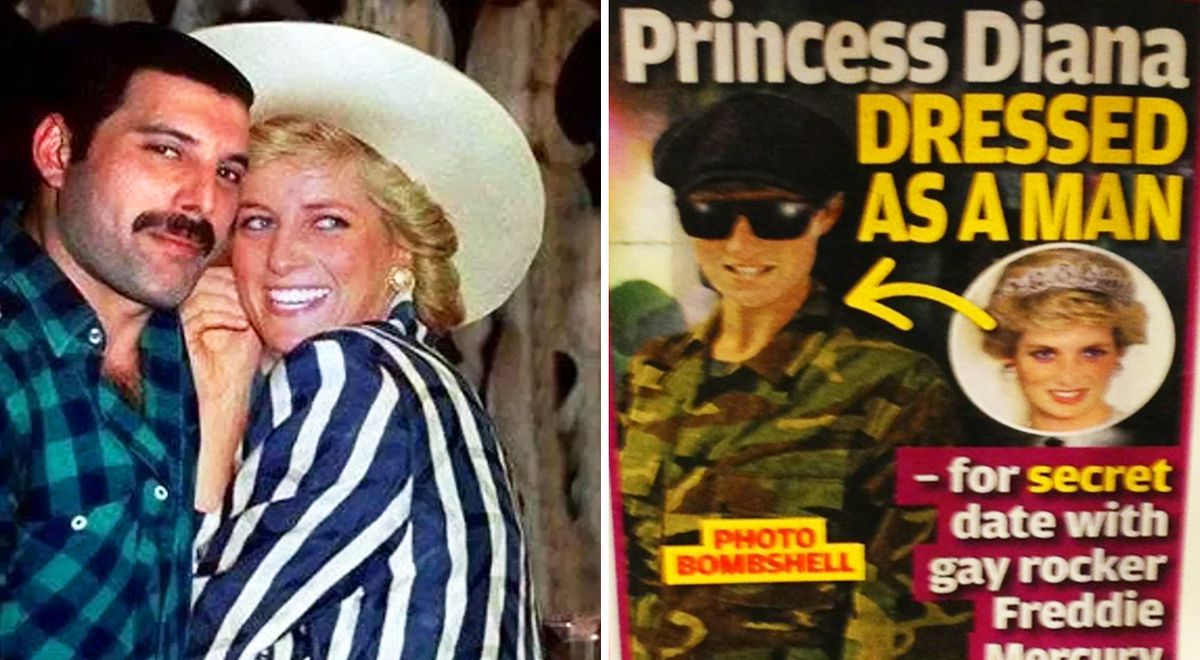 In her memoir, Cleo Ross said that they had become close friends with Diana in the ’80s, and one night they were hanging out with Freddie Mercury at Kenny Everett’s house, watching Golden Girls on mute and making up racy dialogues. At some point, Diana asked her friends what they were planning to do later that night.

Their plan was to go to the Royal Vauxhall Tavern, London’s most famous gay club, and they thought that this wouldn’t interest the princess. To their surprise, she was very eager to tag along and didn’t care about the consequences. However, her friends thought this was very risky and warned her, but seeing how excited she was, Freddie exclaimed ‘Go on, let the girl have some fun.’

Is The Story About Freddie Mercury And Princess Diana’s Escapade True?

The details that Cleo Rocos gave in her memoir are thrilling, to say the least. She said that they transformed Lady Diana into a ‘rather eccentrically dressed gay male model‘ as they styled her in a baseball cap, sunglasses, and an army bomber jacket. Although their cover was solid, they still thought that she would be discovered but ultimately, ‘she sort of disappeared’ and they had a lovely time.

Nonetheless, there have been numerous people stressing that that night never happened. One of them was Freddie’s personal assistant and close friend Peter Freestone who said that maybe that night did happen, but that he’s sure Freddie wasn’t there. To strengthen his argument, Freestone had said that even at Live Aid, Freddie preferred to hang out with his friends, rather than Princess Diana.

“When we walked in… we felt she was obviously Princess Diana and would be discovered at any minute. But people just seemed to blank her. She sort of disappeared. But she loved it.

We were nudging each other like naughty schoolchildren. Diana and Freddie were giggling… Once the transaction was completed, we looked at one another, united in our triumphant quest. We did it!”

This is what Peter Freestone had said:

“Maybe Diana went with Kenny but Freddie wasn’t there. He never met her.”

He went on to add about Freddie’s decision not to hang out with Princess Diana after Live Aid:

“You see Brian May and Roger Taylor in the royal box. Freddie didn’t go. He was more interested in being with friends backstage, talking with Elton John, hanging out with his people. His friends were always the most important to him.”