Throughout his 50-year-old career, Alice Cooper never ceased to amaze his audience. Cooper is a talented singer, songwriter, and actor who generally merges all his talents on stage. He is known to be the Godfather of Shock Rock and designed to be on stage not only with his music but also with his theatricals.

Alice Cooper, therefore, carried his stage talents on screen and made appearances on films such as ‘Dark Shadows,’ ‘Wayne’s World,’ and the 1991 movie, ‘Nightmare On Elm Street: The Final Nightmare.’ Cooper played Freddy’s abusive stepfather, and he didn’t appear much in the movie, but Cooper was more than satisfied to be present due to one specific reason.

Why Did Alice Cooper Accept The Role As Freddy’s Stepfather? As you may guess, Cooper was asked to play roles in many movies before. Generally, the producers wanted him to be his onstage persona with his costumes and makeup. This can make sense, especially in a horror movie, because those films were Cooper’s inspirations for his looks in the first place.

However, the shock rockstar didn’t want to be in a movie with his stage persona, he wanted to act with different characters. This opportunity was presented to him when he got asked to be Freddy Krueger’s abusive stepfather in ‘The Final Nightmare.’ He took the role of Edward Underwood and was able to show his talents to his fans off stage as well.

Why Was ‘A Nightmare on Elm Street’ Important For Him? 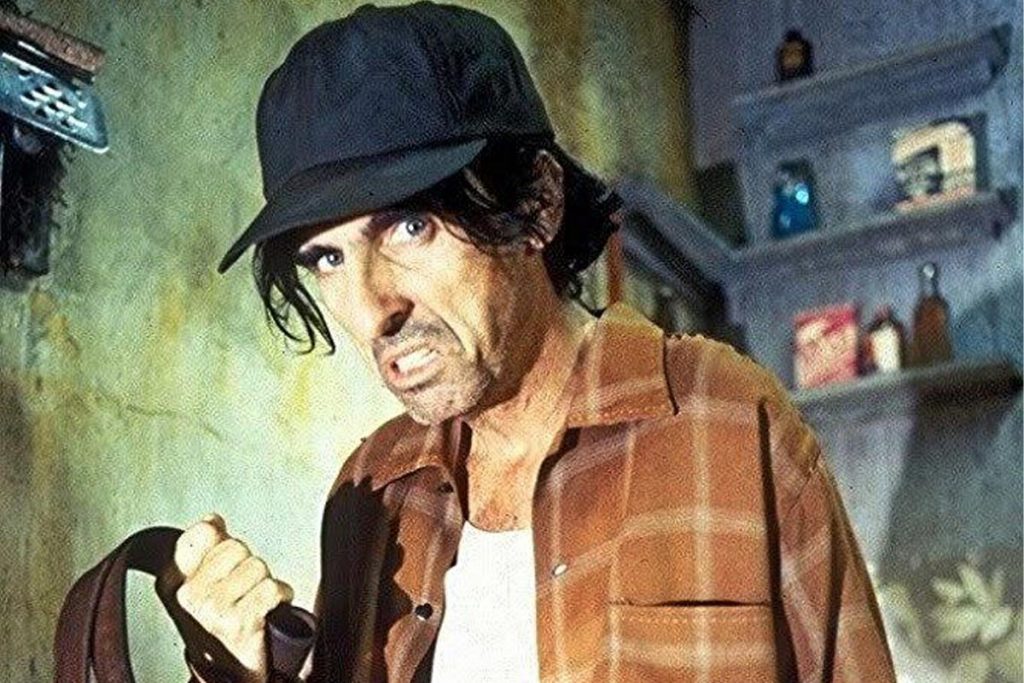 Like we have mentioned before, his stage appearances are highly inspired by horror movies. These scary, grotesque, and dark stage acts allowed to create controversy among the American people. While plain Rock and Roll and Metal are in danger of being banned because of some satanic imageries involved, Cooper took the genre to a whole new level by being explicit on stage.

His music and fantasies were being transferred to the next generations by the movies of that period. The setup and theatre of Cooper’s Raise Your Fist and Yell tour were highly inspired by ‘A Nightmare on Elm Street’ with the slaying, blood, and anger. This created an outrage among people, and until this day, Cooper is criticized for bringing explicit, even pornographic imagery to stage.

You can watch Cooper’s scene in ‘Nightmare On Elm Street: The Final Nightmare’ below.