The Proof Ivan Moody Is The King Of On-Stage Meltdowns

Rock music is not a stranger to stage moments where musicians have a meltdown in the middle of concerts. In fact, there are so many times when this happened that, many fans have a list of craziest on-stage breakdowns including Green Day frontman Billie Joe Armstrong, Guns N’ Roses lead singer Axl Rose, and many more.

Since these musicians cause a scene and their actions often affect their audience as their performances are cut short as a result, many artists try to avoid letting their emotions out during performances. Instead, they often try to deal with whatever happens during the show afterward to prevent having a bad reputation.

However, Five Finger Death Punch lead vocalist Ivan Moody isn’t one of those rockers who is afraid of losing his fanbase since his band had a long period of time when their audience wasn’t even sure they could get a whole concert without him having a breakdown on stage. 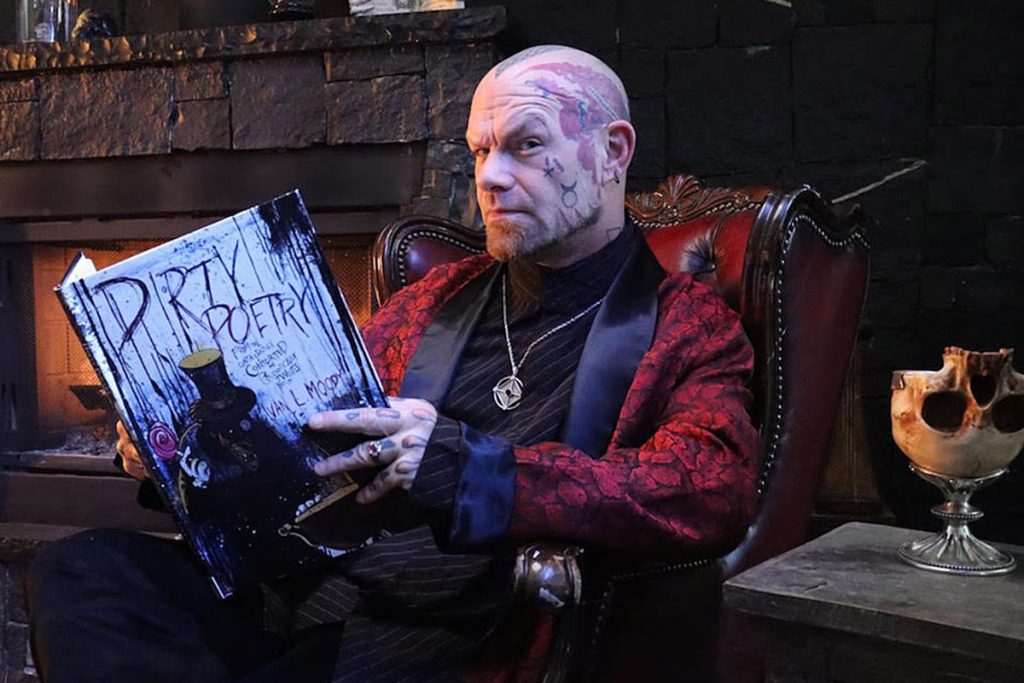 In May 2015, Five Finger Death Punch had a very public onstage meltdown during their show at the Beale Street Festival in Memphis, Tenn. There was a feud between Ivan Moody and drummer Jeremy Spencer as bandmates got into a heated dispute onstage.

The fight was so intense that the whole band had to walk off stage in the middle of their performance which resulted in the rest of their show being canceled. Moreover, some fans even believed that the fight marked their breakup right on stage which showed the intensity of their dispute.

During an interview with Metal Hammer, Moody reflected on the incident and said that their actions were embarrassing as there were thousands of people watching them at the moment. Having a fight with one of his best friends while their fans witnessed it was hurtful if you ask the musician.

During the interview, Moody said:

“Jeremy and I were talking backstage and we were both being human. It just sucked that I had my microphone in my hand. The saying is that you should wash your clothes at home. Unfortunately, there were 20,000 people watching while he and I had an argument.

I really f–ked up and I was so embarrassed. The fans didn’t have to see that. I’ll be honest, it hurt. I love the guy. He’s one of my best friends, and, yeah, we f–ked up. It’s humiliating.”

While Ivan Moody’s attitude was apologetic and regretful, some of his bandmates stated in other interviews that alcohol was involved in his actions. If the future didn’t have much bigger on-stage incidents, Moody’s fans might have believed in him in his case.

After Five Finger Death Punch moved forward from the ‘humiliating’ experience as the band adjusted their touring behavior to help Moody control his issues, the singer actually suffered another onstage meltdown during a show in Worcester, Massachusetts in November 2016.

Moody suddenly cut the concert short and apologized to the crowd for his under-par performance. The musician told the audience that his mother was dying that night and he did his best to put on a show. After helping the frontman off stage, his bandmates stated that they need to be with their brother to take care of their family.

What appeared as an emotional moment for Ivan Moody turned out to be a lie as the rocker was under the influence. The truth was revealed by his younger sister Sandi Greening during an interview with Mayhem Music Network. According to her, Ivan was drunk and used her mother as an excuse for his ‘horrid behavior’ as their mother was alive and very well.

The main reason behind his outrageous actions on stage was his substance addiction. Moody even said he would perform drunk and not remember any of it the next day. His alcohol problem was so bad that it nearly got him fired from Five Finger Death Punch. Eventually, the musician left the band in June 2017 for rehab and had returned to touring with the band as of December 2019. The rocker has been sober since early 2018.