The Only Thing Mick Mars Described As Yngwie Malmsteen’s Lack

Since one is the iconic guitar player of one of the most notorious bands in rock and metal music history, and the other is often named among the greatest guitar players of all time, Yngwie Malmsteen and Mötley Crüe’s Mick Mars have a lot in common. They have both dedicated their lives to making music which brought them worldwide success and recognition.

When fans have two significant guitar players in the same genre, they often wonder what they think of each other. Unfortunately, they might never find out what Malmsteen thinks about Mars, but an old interview reveals Mötley Crüe guitarist’s opinions and his critique about then-young Malmsteen.

While Mötley Crüe was conquering the world with ‘Too Fast for Love,’ and ‘Shout at the Devil,’ besides their elaborate live performances, Yngwie Malmsteen was embarking on his music career as a solo musician with his debut album, ‘Rising Force,’ released on March 5, 1984.

Since Mick Mars was already an important figure in the music industry, he was asked during a 1985 interview about the new emerging guitar player, Yngwie Malmsteen who drew quite the attention with his neoclassical playing style adapted to heavy metal.

Mars started his words by saying that Malmsteen is an extraordinary guitar player. However, the Mötley Crüe icon noted that there’s something wrong with his attitude, which turns people off. If you ask him, Malmsteen could’ve been the best guitarist in the world if it wasn’t his ‘I don’t care’ attitude that pushed people away.

When asked about Malmsteen, Mars said:

“He’s an incredible guitar player, but his attitude is so poor that I think it really turns people off. He could be like the best ever in the world if he just changed his attitude, ’cause it really screws people’s heads up. He goes, with a Swedish accent, ‘Well I don’t care. F*** it, I don’t care.'”

Regardless of Mick Mars’ critique, Yngwie Malmsteen seems to have accomplished many things in his music career that spans over 40 years, such as releasing 22 studio albums. Despite his attitude, the musician is regarded as one of the celebrated guitar players of all time by numerous respectable music critics as well.

Malmsteen Talked About His ‘Attitude’ 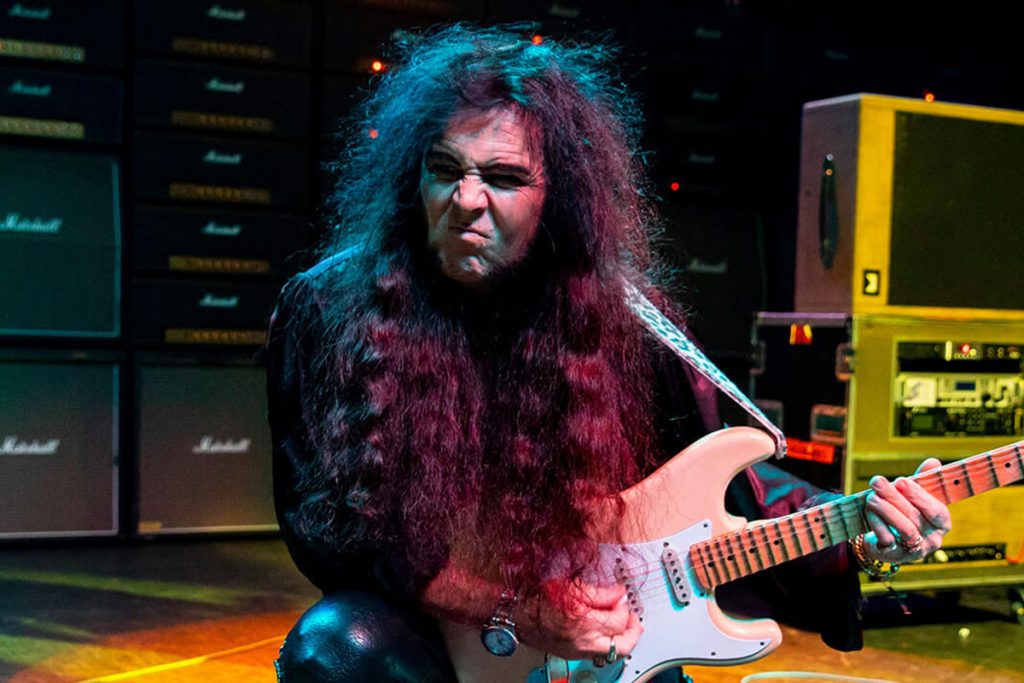 While it’s arguable whether his attitude actually affected Yngwie Malmsteen’s music career, the guitarist himself discussed his often-ridiculed behavior in a 2005 issue of Guitar Player magazine. He stated that he doesn’t expect people to understand his actions since he’s a complex person who usually thinks outside the box.

With that being said, Malmsteen accepted that people refer to him in magazines as ‘Mr. Personality,’ especially in his hometown, Sweden. However, the rocker doesn’t take it seriously since he believes that if he does the ‘absolute best’ he can, one day, people will realize that he’s a talented and passionate musician.

“I’ve probably made more mistakes than anybody. But I don’t dwell on them. I don’t expect people to understand me, because I’m pretty complex, and I think outside the box with everything I do. I’ve always taken the untraveled path. Obviously, people have their opinions, but I can’t get too wrapped up in that, because I know what I can do and I know what kind of person I am.

And I have no control over what anybody says about me. Back in Sweden, I’m ‘Mr. Personality’ in the tabloids, but obviously, I can’t take that seriously. I know in my heart that if I do the absolute best I can do, maybe ten years from now people may turn around and say ‘he wasn’t that bad.'”

As rock music isn’t a stranger to musicians with unpleasant attitudes, many fans aren’t bothered by a little bit of ‘diva’ action as long as the rocker delivers quality music to their audience. In Malmsteen’s case, he proved himself to be a successful guitar player, which is why many of his fans don’t care if he has a rather bad attitude.