The Only Eagles Song Don Henley Had Regrets About His Vocals

Many would accept the studio as a creative space for the musicians during the recording sessions of their new materials. However, things don’t always go as planned. Fans get to hear the final product presented to the audience, but they usually don’t know much about the problems that affect the whole process. It is also hard to tell whether these artists are satisfied with the final output as what happens in the studio mostly stays there.

Studio recordings are also a long process that pressures the artists since they need to combine disparate ideas and make the best out of them. The final result can be a great work, an average one, or a complete disappointment at the end of the sessions. No matter what, recording stories are a significant part of making music with their surprising backstories. The Eagles’ Don Henley also revealed one of them that might amaze you with his unexpected confession.

In Which Eagles Song Don Henley’s Vocals Didn’t Satisfy Him? 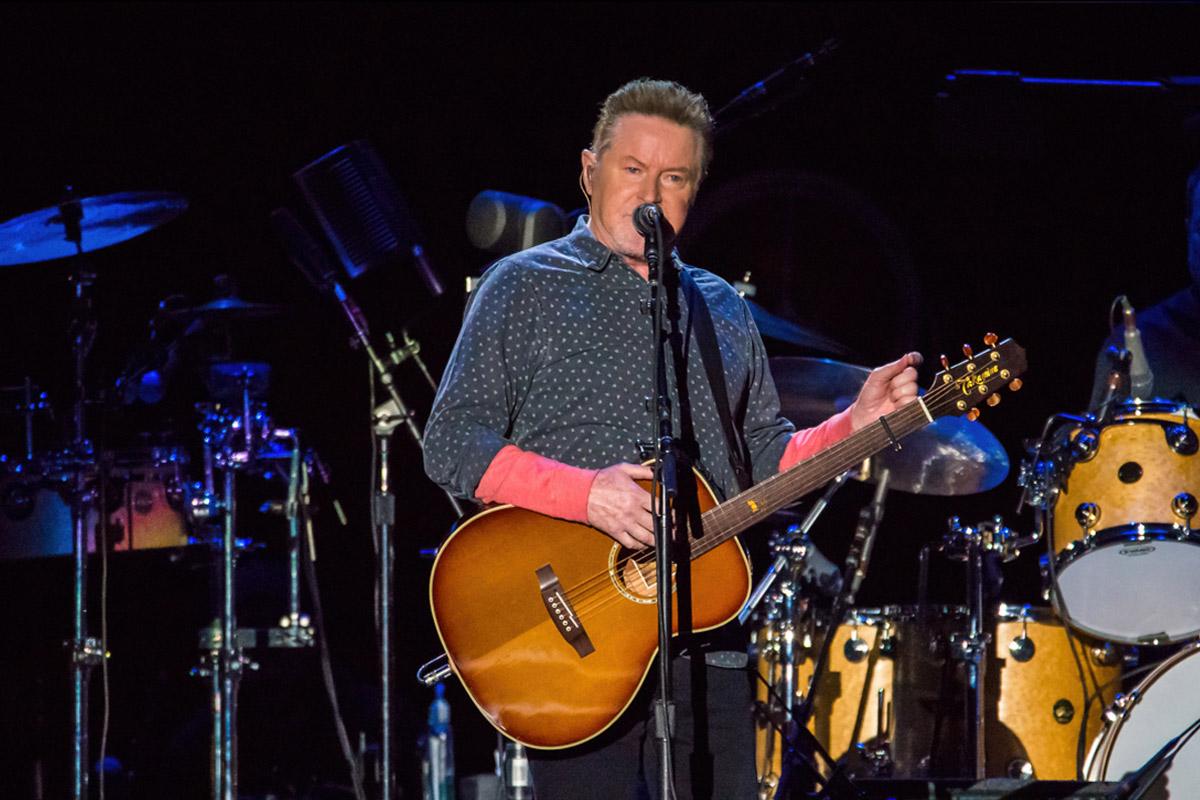 After their commercially successful self-titled debut album was released in 1972, the Eagles entered the studio for a follow-up album. They decided on making a concept record about the Old West. The band’s second album, ‘Desperado,’ arrived in 1973, and the title track has become one of the Eagles’ signature songs. The album received highly positive reviews from critics and is still regarded as one of the best country-rock albums.

The band recorded the album at the Island Studios in London, and it took four weeks. Considering the record’s success, you may think that everything went well and the band members should be satisfied with the final product. Still, the story is slightly different than expected, as Don Henley revealed during a previous interview with Billy Joel in 2015.

Joel asked him a question from the fans regarding whether he had any redo in his life. Don Henley quickly recalled the recording sessions of ‘Desperado’ and said he wished he had a chance to redo the vocals on the original recording. He explained that their then producer Glyn Johns wouldn’t allow them to do more than four or five takes as he wanted an economical and quick album.

Thus, they didn’t have the opportunity to record more to correct their mistakes. Don Henley revealed that his biggest regret was that he couldn’t sing the title track as well as he wanted, so he wanted to re-record the song. The singer highlighted that it is not his best work, but he is happy Linda Ronstadt handled it successfully compared to his poor performance.

When asked about one thing he would change, Don Henley replied:

“The vocal on the original recording of ‘Desperado.’ That was recorded in London, England, at Island Studios with the London Symphony Orchestra. The producer was a British superstar producer named Glyn Johns. He was a dear friend of mine, but he wouldn’t allow us to do more than four or five takes. So, I was nervous, and there were all these guys in the symphony, and they were so bored because the string part was not Beethoven or Bach.

It is okay; it serves the song. And the head brought chess boards with him, they had set each pair of players with set a chessboard between them, and we were doing takes. They would play chess; that’s how bored they were. Once in a while, I would hear a remark from the back, ‘I don’t feel like a Desperado.’ So, that vocal was not my best work, and I wish I had a chance to do it again, but that’s okay. Linda Ronstadt just did it fine.”

You can watch the full interview and listen to ‘Desperado’ below.