The Last Words Of Cliff Burton From Metallica

Late Metallica bassist Cliff Burton was considered as an influential musician during his lifetime and managed to remain a huge influence in rock and roll history as well as being regarded as one of the greatest bassists of all time both by music critics and fans thanks to his tenure with Metallica that lasted only for four years during which he performed on three studio albums, ‘Kill ‘Em All,’ ‘Ride the Lightning,’ ‘Master of Puppets.’

While touring for their third studio album ‘Master of Puppets’ in Sweeden on the Damage Inc. tour, Metallica members decided to play cards in order to pick their bunks on their tour bus. Lead guitarist Kirk Hammett and Cliff Burton played the ace of spades and it was the bassist who won the game, thus, got his first choice of bunk which was Hammett’s and the lead guitarist was forced to sleep upfront.

After winning the game and choosing the most comfortable bunk out of all, while Metallica bassist was sleeping on September 27, 1986, the bus skidded off the road and flipped onto the grass in Kronoberg County. The accident caused Cliff Burton to be thrown out of the window of the bus which fell on top of him and resulted in his passing at an incredibly young age of 24.

While the passing of the young musician deeply affected his fans and band members, the last words that were told to Anthrax bassist Frank Bello revealed by him as well as Metallica who released a song, ‘To Live Is To Die’ as a tribute act to their late band member both of which considered as Burton’s last words despite not being the actual last statements of the musician. Anthrax bassist Frank Bello looked back on the time when he had the last conversation with Cliff Burton a few hours before the Metallica bassist passed away due to a tour bus crash, during an interview with Loudwire on April 9, 2014. According to Bello, the two bassists got food and drinks after the show during touring as usual and had conversations about the upcoming shows that night.

After chatting for some time, Frank Bello and Cliff Burton separated saying maybe they will see each other the next day and the last word he heard from the late bassist was ‘Maybe I will’ which makes them even more meaningful than usual since he left this world a few hours after saying these words.

During the interview with Loudwire, Bello said:

After our show and Metallica’s show, we’d go to catering and get something to eat for the bus. We’d all sit down, have coffee and talk about the show. Cliff and I would do that, and the last thing we’d say to each other jokingly was, ‘Maybe I’ll see you tomorrow,’ ‘Maybe I will.’

I started it the last night Cliff was alive. I said, ‘Hey, Cliff – maybe I’ll see you tomorrow.’ And as he’s leaving the room the last thing he says is, ‘Maybe I will.’ God rest his soul. He was awesome in every way.”

Metallica Paid Tribute To The Late Bassist With A Song 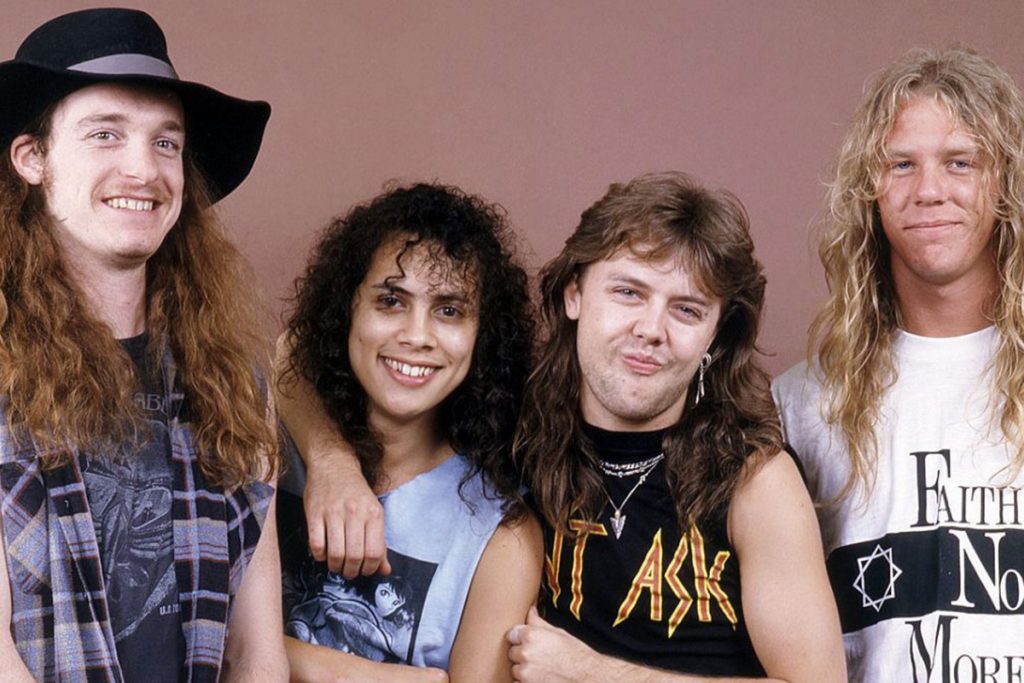 After the passing of their bassist, Metallica released its first studio album without Burton when they put out ‘…And Justice for All’ on September 7, 1988, featuring new bassist Jason Newsted. The album included one particular song named ‘To Live Is To Die’ which was the eighth track of the record and it was a mostly instrumental song that lasted for 9 minutes 49 seconds which makes it the longest original studio recording to be released on an album by the band despite having only one line throughout the whole song.

The lyrics of ‘To Live Is To Die’ follows:

‘To Live Is To Die’ is a tribute act to Cliff Burton since the track consists of riffs that were written by Burton himself as well as giving a phrase that he was fond of to the title of the track. Due to the fact that the song is the last one that Burton has a writing credit in, the only line in the track is considered to be the last words of the Metallica bassist symbolically and it’s one of the favorite tracks of the band since it has nearly 7 million views on YouTube.

You can see the interview and listen to ‘To Live Is To Die’ below.