The Jimi Hendrix Show David Gilmour Saved From A Disaster

Led Zeppelin wasn’t particularly enjoyed and appreciated by their British peers. Promoters in the U.K. preferred to call them ‘The New Yardbirds,’ after Jimmy Page’s former popular band since they believed this would attract its audience. Surprisingly, it was the audience in the U.S. who embraced the act, and Robert Plant would later recall how American promoters saved Led Zeppelin.

However, the band wasn’t the only act saved by another country as Jimi Hendrix was also relatively unknown in the U.S. until he was discovered by British promoters. Britain helped him shape his image and prove his talent as a musician, and soon, he managed to become a popular artist. Ultimately, the U.S. saved the day by promoting Led Zeppelin, and the U.K. saved the day by promoting Hendrix.

The musician would perform at various shows in the country that helped him shape his career. One of Jimi Hendrix’s last shows was at U.K’s Isle of Wight Festival in 1970. However, things wouldn’t go right with his performance. This time, another Briton would save the day; Pink Floyd’s David Gilmour. 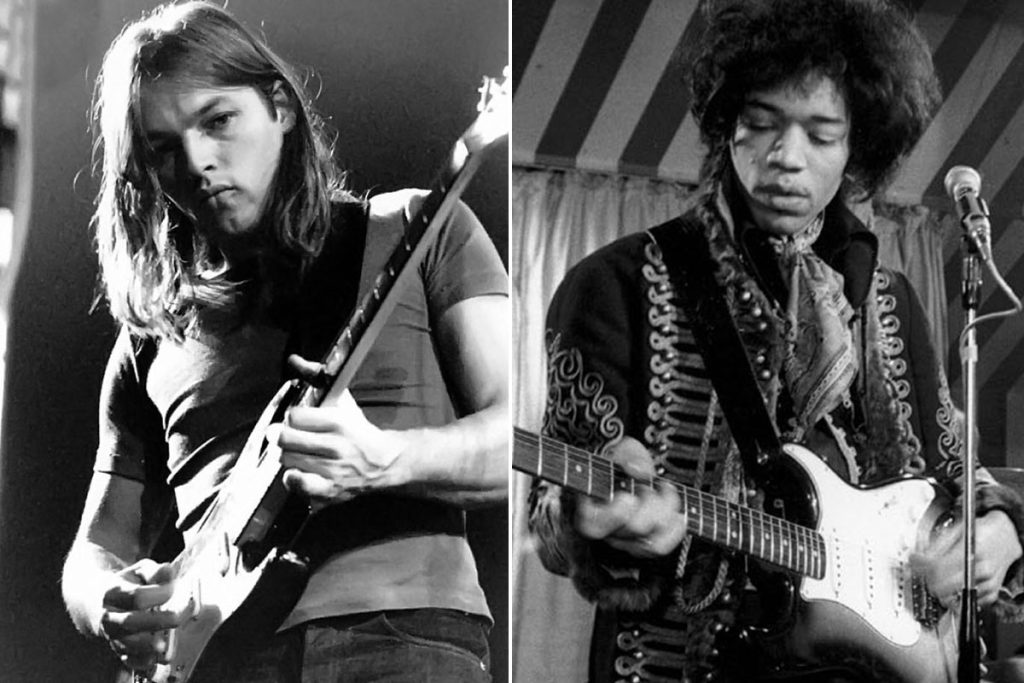 The ‘Isle Of Wight’ Festival wasn’t one of Hendrix’s best performances for various reasons. Jethro Tull’s Ian Anderson would recall the night when Jimi didn’t want to perform as the last act of the festival in later interviews. The guitar icon was aware that if he were to give the last performance, the audience wouldn’t be as attentive and energetic.

So, Hendrix’s crew competed with Jethro Tull to set their equipment on stage. The latter band got lucky as they could carry their instruments to the stage quicker because they had less. Ian Anderson recalled how they quickly plugged in and started performing, which made Hendrix the last act of the night.

It was late into the night when the musician took the stage. The audience wasn’t as enthusiastic to hear Hendrix, since they only wanted to listen to him play some of his hit songs. Hendrix didn’t want to play his classics, but he couldn’t argue with the crowd either. So, for Ian Anderson, the performance had bitter memories for him.

It seems like the only problem with the musician’s performance wasn’t him being the last act. Hendrix also experienced technical issues, but David Gilmour managed to save his show. The Pink Floyd icon recalled the performance and noted that he had attended it as a spectator. He was camping and just hanging out when he decided to visit the backstage.

He soon realized that chaos had erupted backstage as the festival’s main roadie Peter Watts and sound engineer Charlie Watkins were struggling to mix Hendrix’s sound. They were very nervous about the process, but since Gilmour knew how to mix sounds, they asked for the rocker’s help, and David managed to save the show.

“I helped mix the sound for Hendrix at the Isle of Wight in 1970. Not a lot of people know that.

I went down to the festival, and I was camping in a tent, just being a punter, and I went backstage where our main roadie guy, Peter Watts, was trying to deal with all the mayhem with Charlie Watkins of WEM. They were very nervous, they were going to have to mix Hendrix’s sound. I did some mixing stuff in those days, and they said, ‘Help! Help!’ so I did.”

It was known that Hendrix didn’t initially enjoy Pink Floyd, but perhaps, if it weren’t for David, the show might have turned into a complete disaster. Gilmour’s sound mixing skills helped Hendrix perform without any significant problems. The guitarist, of course, was probably unaware that David Gilmour saved the day.