There is no doubt that Queen is one of the most well-known and vastly appreciated bands in the history of rock music. Queen was formed in 1970 by Freddie Mercury, Brian May, and Roger Taylor, who later on recruited John Deacon. The band lost its lead vocalist Freddie in 1991 but the remaining active members are still touring and making music.

There are numerous legendary stories surrounding Queen and its members, some of which we’ve already shed light on; such as Freddie dressing Princess Diana as a man to go to a gay bar. Today, we’re going to unveil the true story behind ‘Under Pressure‘ which is known to be one of Queen’s most famous tracks. However,  we’ll need to see whether the song was really Queen’s or David Bowie’s.

Who Wrote Under Pressure? 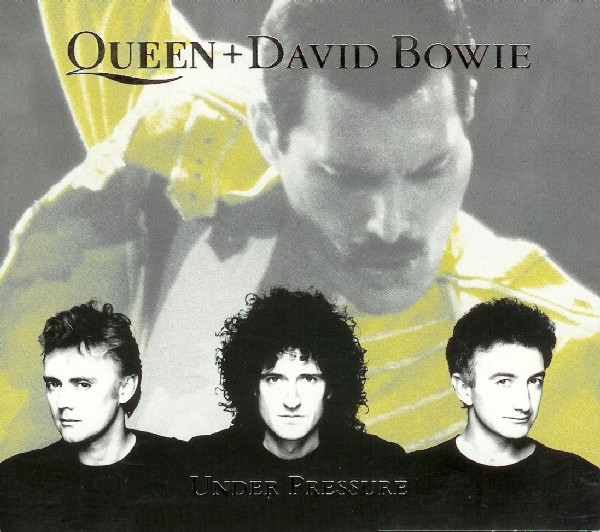 This is a hard question to answer because it seems to have been a joint effort. So, the story starts with David Bowie deciding to join Queen in the studio to sing back vocals in ‘Cool Cat.’ However, he wasn’t satisfied with his vocals and they were ultimately removed from the final version of the song.

At some point, Bowie and Queen started jamming together and this session led to the creation of ‘Under Pressure.’ In fact, the scat singing which dominates most of the song can be seen as proof that it was a product of improvisation. The song was later featured in Queen’s ‘Hot Space’ (1982) album and was credited as being co-written by all five musicians.

Nonetheless, there’s still controversy about who was the primary songwriter and who came up with the bassline. During an interview in 1984, John Deacon had said that ‘Under Pressure’ was primarily written by Freddie even though everyone contributed to the arrangement later on. However, during an interview in 2008, Brian May said that ‘David took over the song lyrically.’

This is what Brian May said during an interview with Mojo magazine in 2008:

“It was hard because you had four very precocious boys and David, who was precocious enough for all of us. David took over the song lyrically. Looking back, it’s a great song but it should have been mixed differently. Freddie and David had a fierce battle over that. It’s a significant song because of David and its lyrical content.”

As for the bassline, musicians have been crediting each other instead of themselves. In 1982, John Deacon had said that David Bowie came up with it but in later interviews, May and Taylor argued that it was Deacon himself. David Bowie had also said that the bassline had been written before he became involved.

Did Freddie Mercury Have A Fight With David Bowie? As mentioned above, the writing of the song started following a jam session and even though the musicians were initially just having fun, things started getting serious when they realized they might be onto something. Tensions started increasing with every new note and lyric as both David Bowie and Queen started thinking that this may become a hit.

Here’s how Brian May described their feud during an interview in 2017:

“Freddie and David locked horns, without a doubt, but that’s when the sparks fly, and that’s why it turned out great.

It wasn’t easy because we were all precocious boys and David was very… forceful, yes.”

Shortly after that, the important question became; who is going to release this song and in whose album it’s going to be featured. David Bowie had already reached international fame and prior to collaborating with Queen, his single ‘Ashes to Ashes‘ had ranked Number 1 on the United Kingdom charts.

Finally, it was decided that the song would be released as a single under the name Queen + David Bowie. ‘Under Pressure’ became Queen’s second Number 1 hit, and Bowie’s third. It was later featured in the band’s ‘Hot Space’ album and came to be known as a pop-rock classic that keeps attracting more attention every day.

You can listen to ‘Under Pressure‘ below.