Scott Weiland had a prosperous music career that spanned over three decades. The singer had three tenures with notable bands such as Velvet Revolver, Art of Anarchy, and Stone Temple Pilots. Along with his career as a band member, Weiland was also appreciated as a solo artist and collaborated with several other musicians.

The frontman was primarily known for his flamboyant and chaotic stage persona and his constantly changing appearance and vocal style. Much like his music career, Weiland’s private life was also under the spotlight, primarily due to his battle with substance abuse.

Unfortunately, the talented and versatile vocalist passed away due to his drug addiction at the young age of 48. An interview two days before his death revealed tragic details about the musician’s passing and mental state. Let’s dive into the details in the footage to see his final moments caught on the camera.

How Did Scott Weiland Die? 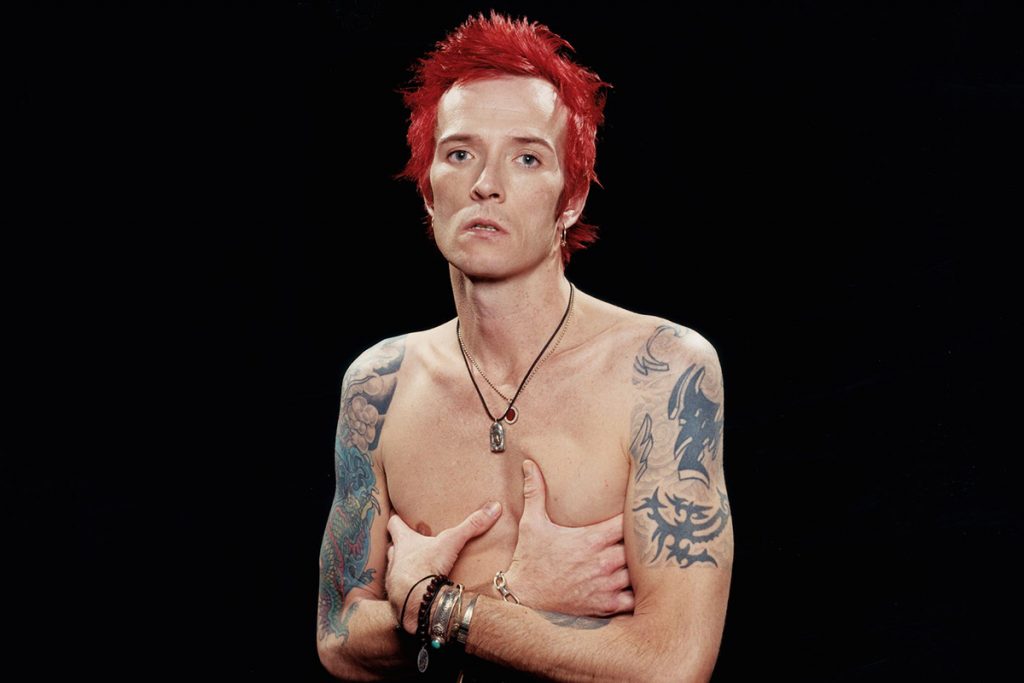 While on tour with his band Wildabouts, Scott Weiland was found dead on his tour bus on December 3, 2015, in Bloomington, Minnesota. The musician was 48 years old, and no underlying cause of death was immediately given despite the discovery of drugs on the bus.

The medical examiner later determined the cause of Weiland’s death as an accidental overdose of cocaine, alcohol, and ecstasy. The examiner’s office also noted his atherosclerotic cardiovascular disease, history of asthma, and prolonged substance abuse in its report.

Scott Weiland gave his last interview in front of cameras after his show at Adelaide Hall in Toronto on December 1, 2015. The musician answered basic questions such as the first concert he went to, his first and last tattoos, and his first kiss, making the interview sound fun and entertaining.

What made the entire footage tragic was Weiland’s energy throughout the video. The musician looked incredibly sad, which was clearly heard in his voice and seen in his eyes. Countless fans in the comments section stressed the absence of his physical presence as the rocker looked like his soul wasn’t there.

The heartbreaking video has nearly 1 million views on YouTube, with many fans paying tribute to Scott Weiland in the comments section. Knowing that he died just two days after the footage made it clear that Weiland wasn’t at a good place mentally and looked like he could use some help.

“I don’t know why this makes me cry but there’s some sort of sadness in him and his voice and eyes. Just wish someone could’ve saved him.”

A fan said the rocker was unrecognizable:

“He’s barely recognizable, a ghost of his former self. God bless Scott, may you have peace.”

Another fan pointed the interview’s emptiness:

“Bet the ‘journalist’ now wishes he did a real interview and not a Cosmo Quiz.”

The two-minute video is entirely disheartening from start to finish, which exemplifies how many musicians have cried for help without actually explicitly telling their fans, family, and friends. Fans are just sorry that nobody noticed how depressed Weiland was in his final days, as it appears in the footage as well.

You can watch Scott Weiland’s last interview below.