Rock music may be one of the most experimental music genres when it comes to using an effects unit which is an electronic device that alters the sound of a musical instrument or audio source. Many rockers use distortion, wah pedal, and many more during their live performances and recording process to add a little bit of spice to their sound.

While this doesn’t always pay off, using these effect pedals can create a distinctive sound that turns a song into a timeless classic such as Bon Jovi‘s iconic hit, ‘Livin’ on a Prayer.’ This song has a characteristic sound in its guitar parts thanks to the use of a talk box which inspired Alice In Chains to use the same exact unit for their song, ‘Man in the Box.’

Bon Jovi Used A ‘Talk Box’ For ‘Livin’ On A Prayer’ 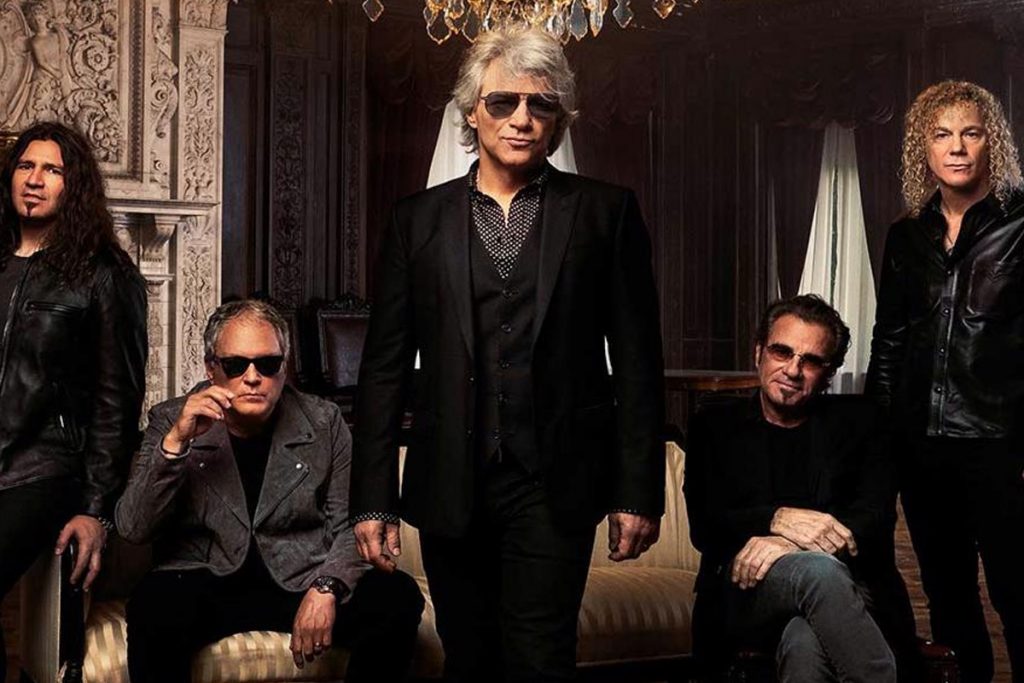 ‘Livin’ on a Prayer’ may be one of the most well-known songs by Bon Jovi as it topped fan-voted lists and re-charting around the world decades after its first release as a single from their third album, ‘Slippery When Wet.’ When the song was first released, it actually became the band’s first No. 1 on the Billboard Mainstream Rock chart and their second consecutive No. 1 Billboard Hot 100 hit. However, there was a time when the band completely gave up on the song when frontman Jon Bon Jovi did not like the original recording of it.

Thanks to lead guitarist Richie Sambora who convinced him that the song was actually good, the band reworked it with a new bassline, and different drum fills. Bass and drums weren’t the only aspects of the song that were altered. One of the major assets of the song that makes it such a special piece was added during this reworking process. That is the use of talk box, which allows a musician to control an instrument through a microphone.

The Sound Inspired Alice In Chains For ‘Man In The Box’

Alice In Chains released ‘Man in the Box‘ as a single in January 1991 after featuring it in their debut studio album ‘Facelift.’ The song was a huge success as it peaked at No. 18 on Billboard’s Mainstream Rock chart and was nominated for a Grammy Award for Best Hard Rock Performance in 1992.

While there are many reasons why the song holds a special place in fans’ hearts, there’s one unique aspect that’s similar to ‘Livin’ on a Prayer.’ This song also makes use of a talk box to create the guitar effect, just like in the Bon Jovi song. The idea of using a talk box came from producer Dave Jerden who was driving to the studio one day when Bon Jovi’s ‘Livin’ on a Prayer’ started playing on the radio.

This is why the song contains an ‘oooh wah ooh’ sound that stands out rather than having a usual guitar riff. The talk box isn’t commonly used in any song, and it doesn’t usually work as successfully as in these two songs, so both ‘Livin’ on a Prayer’ and ‘Man in the Box’ may be the best examples of this effects unit.

You can listen to both songs below.