As you all know, the history of music is full of a great number of love songs written by famous musicians for their beloved partners. For instance, Jim Morrison wrote ‘Orange Country Suite’ for his soulmate Pamela Anderson, Paul McCartney dedicated the song ‘Maybe I’m Amazed’ to his wife Linda McCartney, and Eric Clapton wrote ‘Layla’ for Pattie Boyd.

AC/DC’s Bon Scott was also among those who wrote a love song for their darling. However, this act went quite wrong contrary to what Scott had in his mind, and resulted in a divorce. Let’s learn about that song and what it caused. 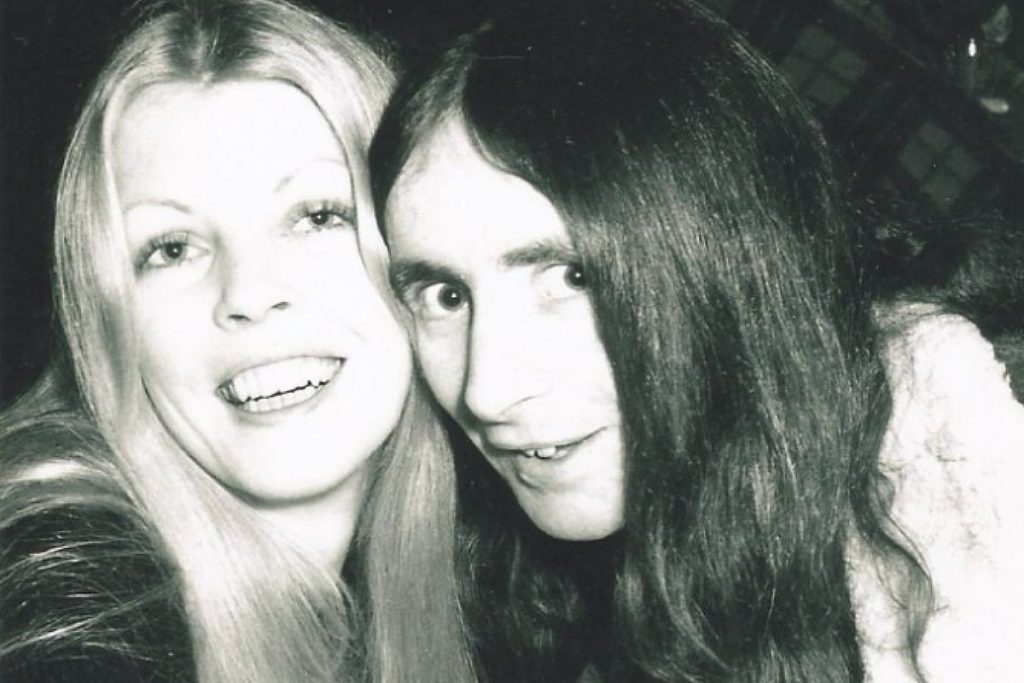 Bon Scott was making musical efforts with AC/DC as the lead vocalist and lyricist since 1974 up until his death in 1980. Back in January 1972, he married Irene Thornton a year after they started dating. Scott then joined AC/DC and on February 17, 1975, and soon the band released their debut studio album ‘High Voltage.’ Among the other songs in the album, there appeared an interesting song named ‘She’s Got Balls.’

It turned out that Bon Scott wrote this song for his wife Irene Thornton. Angus Young also confirmed this in an interview while he was talking about the AC/DC songs. He stated that Scott wrote ‘She’s Got Balls’ for his wife and ‘Problem Child’ for him. However, it might be a bit interesting to dedicate a song to your loved one which has a quite inappropriate title.

It seems that Irene Thornton thought the same. According to a famous quote that has been circulating on the internet for a long time, Bon Scott claimed that the song was the reason why Thornton divorced him. He stated that he actually wrote ‘She’s Got Balls’ since his wife asked him to write a song about her.

“I was married at the time when I first joined the band and my wife said: ‘Why don’t you write a song about me ?’ So I wrote ‘She’s Got Balls.’ Then she divorced me.“

Although it is not clear whether this was the only reason for their divorce, it can be seen as an unusual thing to write a song about one’s lover titled ‘She’s Got Balls.’ Therefore, it might be one of the causes among other problems between the couple.

You can check out the AC/DC song ‘She’s Got Balls’ below.