How Did Ozzy Osbourne Become One Of The Richest Rock Stars In The World? See Ozzy’s Net Worth In 2021

Black Sabbath lead vocalist Ozzy Osbourne has one of the greatest, most unique, and most productive career that spans over more than five decades filled with a successful music career with his band which was the first step to his legacy, and a triumph solo career, as well as a reality show career with a record-breaking show all of which concluded Osbourne to have a net worth of $220 million.

Being one of the wealthiest rock stars there is, ‘Prince of Darkness‘ mainly gained recognition thanks to his career with Black Sabbath when he first joined the band around 1968 until the time when he was fired from the band in 1979 due to his alcohol and drug addiction.

While everybody would expect the other way around, Ozzy Osbourne’s solo career has been ever more flourishing since he managed to create a legacy outside than his band, therefore, his works as a solo musician were even more appreciated by his fans.

Whether with Black Sabbath or as a solo musician, the legendary vocalist had a music and tv career that outshined many other fellow artists, as a result, his efforts for decades created Osbourne’s impressive net worth which put him among the ‘Top 40 Richest Rock Stars.’

As many of you know, Ozzy Osbourne joined Black Sabbath in 1968 as the band’s lead vocalist, and they rose to instant fame with their self-titled debut studio album and their unique style that included dark tempos, gloomy, sounds, and Osbourne’s eerie vocals.

Ozzy Osbourne recorded countless monumental albums that broke selling records such as the second studio album, ‘Paranoid,’ the fourth studio album, ‘Vol.4,’ the third studio album, ‘Master of Reality,’ and so many more all of which sold millions of copies which created a huge portion of Osbourne’s fortune.

On top of studio albums and endless chart hits such as ‘War Pigs,’ ‘Paranoid,’ and ‘Iron Man,’ Black Sabbath frontman participated and performed in countless live performances during tours such as 1970’s ‘Paranoid Tour,’ 1976’s Technical Ecstacy Tour,’ and his final tour with the band, 1978’s ‘Never Say Die! Tour.’

All of his accomplishments with Black Sabbath combined and piled into Ozzy Osbourne’s net worth which surpassed most of the other legendary musicians from iconic bands, however, his career with the band isn’t the only element that contributed to his wealth.

Ozzy Osbourne As A Solo Artist

After being fired from Black Sabbath due to his alcohol and drug addiction on 27 April 1979, Ozzy Osbourne actually decided to end his music career while drowning in drugs and alcohol thinking that it would be his last party, however, Osbourne managed to start his solo career in late 1979, luckily for the fans.

Throughout his career as a solo musician, Ozzy Osbourne has been a force to be reckoned with since he managed to create seven albums that went multi-platinum right away. The former Black Sabbath frontman’s debut studio album as a solo artist, the 1980 album ‘Blizzard of Ozz’ was a quadruple-platinum debut that reestablished his legacy which was followed by the upcoming studio albums. 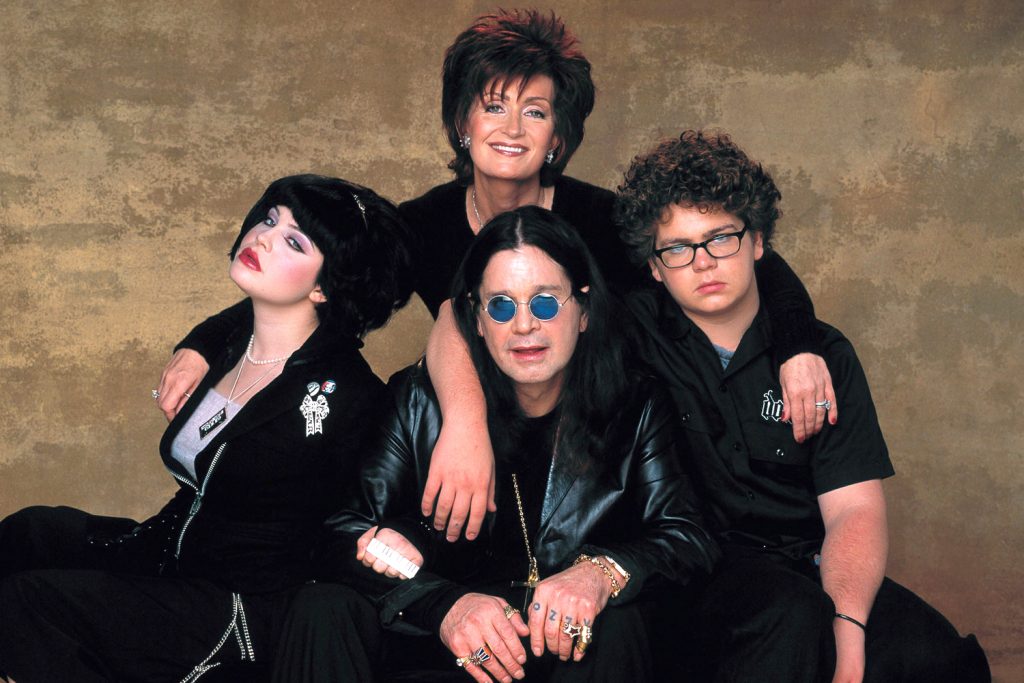 As some of you might remember, the Osbourne family became a subject to reality television, Ozzy Osbourne appearing as himself, as well as his wife and manager Sharon and two of their three children, Kelly and Jack in the MTV reality show titled ‘The Osbournes.‘ The show that lasted for three years premiered on March 5, 2002, and it was the most-viewed series ever on MTV in its first season.

It’s quite clear that everything about Ozzy Osbourne worths seeing and his fans are dying to see more from him and his family since he currently co-stars with Jack and Kelly in the television series ‘Ozzy & Jack’s World Detour.‘ The successful show’s third season debuted in June 2018.

The iconic vocalist has proven himself as one of the greatest frontman, solo musicians, and tv stars in the whole world while adding more fortune to his income which ultimately made him the 33rd richest rock stars in the world, above iconic musicians such as Queen lead guitarist Brian May, Guns N’ Roses frontman Axl Rose, Metallica guitarist Kirk Hammett, and many more.